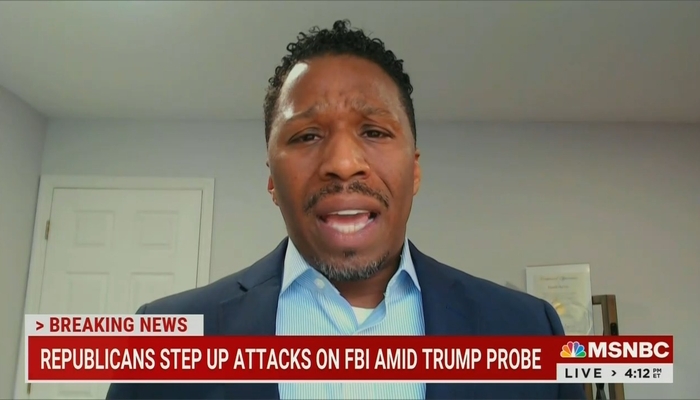 On Thursday’s Deadline White House, Nicolle Wallace suggested she was interested in the “truth” about domestic terrorism and January 6, but MSNBC analyst Donell Harvin uncorked a wild claim that somehow, the national media were “ignoring” violent right-wing extremists like Timothy McVeigh and Eric Rudolph since the 1990s. That is completely false, but this is MSNBC, so no one questioned it. No “fact-checkers” evaluate MSNBC bloviations.

WALLACE: Tell me how we begin if we can`t acknowledge that truth that you just laid out there for everyone to see. How do we begin a counter-extremism effort if you`ve got one of the country`s two parties refusing to call it that?

HARVIN: And I want to push back on the on the narrative of Republicans that I generally don`t get political, but strictly from a Homeland Security and Intelligence standpoint, the radical violent right is not nearly as dangerous or well-equipped to attack the Homeland as the left. We’ve been ignoring the violent right for decades. You can go back to Timothy McVeigh and Eric Rudolph.

In reality, the networks were intensely interested in Timothy McVeigh for his mass-murder with a truck bomb at the Murrah Federal Building in Oklahoma City in 1995. They smeared McVeigh on Republican politicians — we had an article sarcastically headlined “McVeigh: Newt’s Protege?” — and they smeared his attack as emerging from conservative talk radio hosts like Rush Limbaugh.

HARVIN: And so, this problem has been brewing for a while, I will tell you as someone who studies this, that the disproportionate amount of our homeland security, intelligence and domestic terrorism efforts going back to the civil rights era had been really targeted towards black and brown individuals, which really buttresses what we saw on January 6. The tape recordings, the transcripts, rather, from the D.C. National Guard General that`s now the house sergeant of arms, General Walker, former General Walker said it very clearly that had those been black and brown people on January 6, that would have been unfolded differently, it would have been a bloodbath.

This is not exactly what Walker said. Just see NBC News:

“You know, as a law enforcement officer, there were — I saw enough to where I would have probably been using deadly force,” he said. “I think it would have been more bloodshed if the composition would have been different.”

It’s incredibly lucky for the people on scene — including the nonviolent ones — that there wasn’t more deadly force used. The only violent death came from a Capitol policeman shooting and killing a white woman, Ashli Babbitt, and they don’t talk much about her on MSNBC.

PS: Earlier, Wallace wildly argued that Republicans who angrily denounced the FBI raid on Mar-a-Lago were engaged in “bloodlust.”

Nicolle rage: “The Right’s misdirected bloodlust for the men and women of the FBI is particularly dangerous and offensive when held up to its mirror image…the FBI has gone from ignoring to enabling & coddling and to a times outright supporting elements of far-right extremism.” pic.twitter.com/OduQq1jNE3