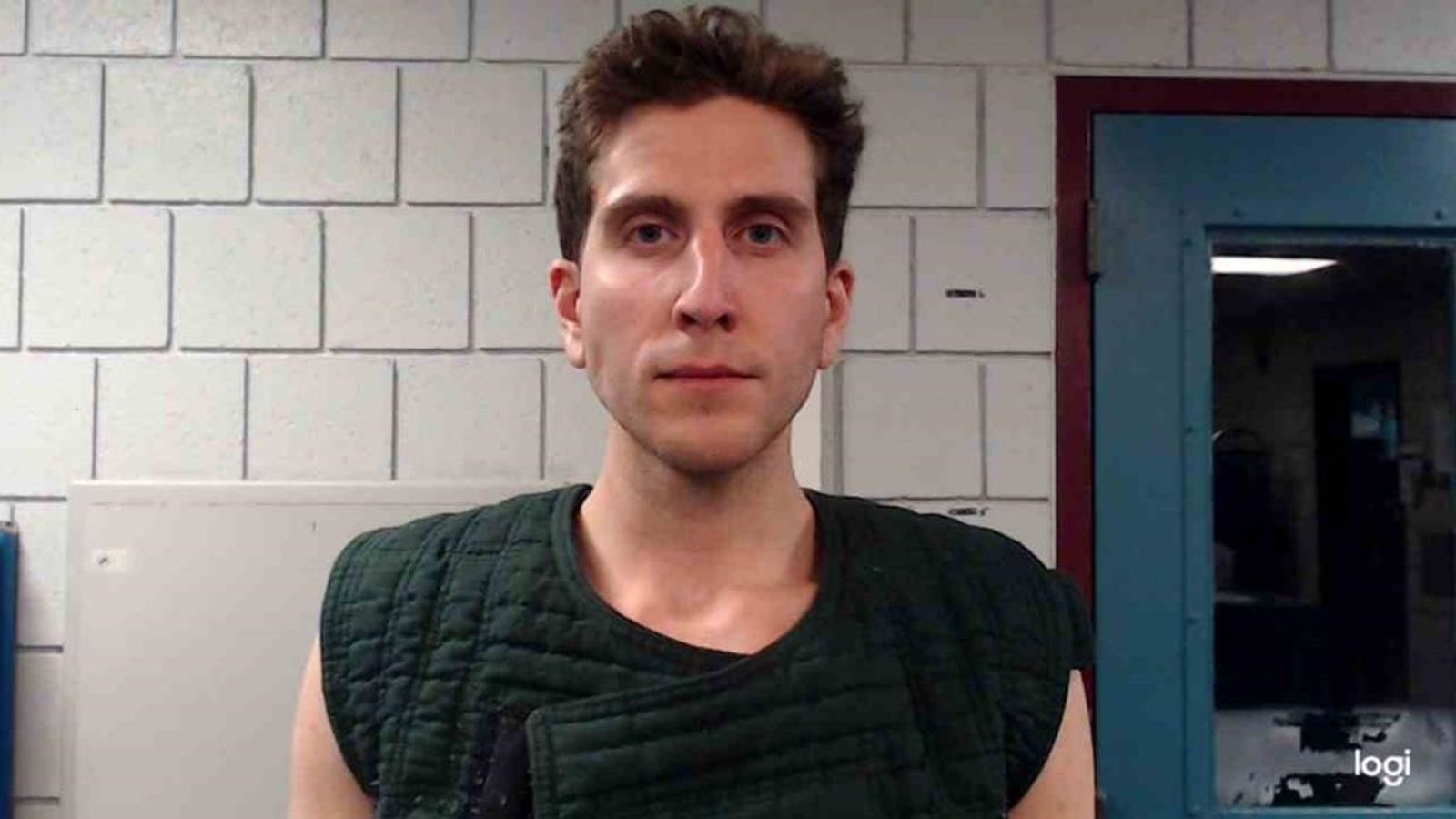 A 28-year-old man has been charged with the murders of four University of Idaho students found stabbed to death in a house.

Bryan Christopher Kohberger, 28, was detained some 2,500 miles away in Monroe County in northeastern Pennsylvania.

He has now been charged with four counts of first-degree murder, according to prosecutor Bill Thompson.

At a press conference on Friday, police and prosecution revealed that Kohberger had been charged.

They added the search for the murder weapon continues.

Kaylee Goncalves, Maddie Mogen, Xana Kernodle and Ethan Chapin were stabbed to death in Moscow, Idaho in the early hours of 13 November in a case that left the small community where they lived desperate for answers.

Fears of a repeat attack prompted nearly half of the University of Idaho’s over 11,000 students to leave the city and switch to online classes.

An extradition hearing is scheduled for Tuesday.

Kohberger is a PhD student in the Department of Criminal Justice and Criminology at Washington State University, which is a short drive across the state line from the University of Idaho.

Moscow Police Chief James Fry said 19,000 tips had been received and more than 300 interviews had been conducted in relation to the investigation.

The arrest and charge of Kohberger followed several weeks of investigation that had not yielded any arrests until now.

Officers asked the public for help finding a white Hyundai Elantra sedan seen near the home around the time of the killings.

The Moscow Police Department made the request on 7 December and by the next day had to direct tips to a special FBI call centre because so many were coming in.

“We are still looking for the weapon,” Mr Fry said. “I will say that we have found an Elantra.”

Cara Northington, the mother of Xana Kernodle, said she learned of an arrest after waking up and speaking to a friend.

She added that she is unfamiliar with the person who was arrested Friday in Pennsylvania, but is relieved he was apprehended.

“A lot of the grief was not knowing who this was, knowing that whoever was responsible for that is still out there,” she said.