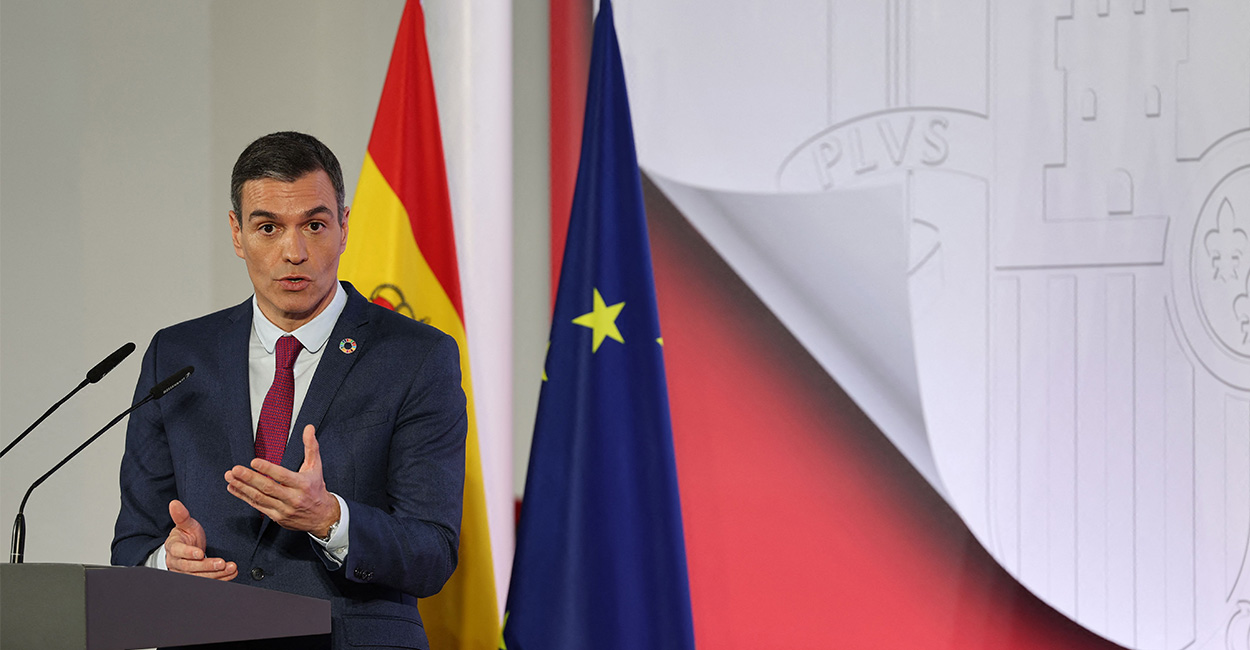 As winter’s colder temperatures set in in Europe, one family is sharing its story of coping with a crippling energy crisis in Spain.

“We have two forms of energy to heat our home … . One is gas-powered and the other one is electric-powered,” Maria Teresa Novo told The Daily Signal in a phone interview.

Novo and her husband, Claudio Di Martino, emigrated from Venezuela to Spain five years ago, leaving what Novo described as the “socialism and economic problems of Venezuela behind” only to encounter new problems in their adopted homeland.

Novo explained how they sought to determine which option would be less expensive by using electric-powered energy and then gas-powered energy to heat their home.

The electric option was “slightly cheaper despite it having gone up [in price], like, tremendously in the last year,” she said.

“In August 2021, we consumed 520 kilowatts, and we paid 130 euros. And in August 2022, despite consuming 446 kilowatts, so significantly better, significantly less, we are paying 159 euros, despite much lower taxes on electricity,” she said. “So, the electricity price, like, shot up tremendously.” At the current exchange rate, that would be about $138 and $169, respectively.

Novo and Di Martino’s neighbors and other people that they know in Spain are similarly struggling with high energy costs.

“Everybody’s complaining about the high energy prices … they’re trying to reduce their consumption,” Novo explained. “People don’t use dryers for their clothes. They are turning off, basically, every light. They’re not using their heating, even when it’s cold.”

“So, there is pricing-by-hour in many parts of Spain, so that the energy prices shift by hour to make it, like, efficient, and so, people time their dryers or their washers or microwaves, whatever, to the times where it’s cheaper,” she said. “But even then, there’s very little you can do.”

Brigham McCown, a senior fellow at the Hudson Institute and director of its Initiative on American Energy Security, explained what is causing the energy crisis in Spain.

“There’s some similarities with the energy crisis across Europe, and that is that … everyone is in a desperate hunt for new energy sources in Europe, especially [natural] gas,” McCown told The Daily Signal in a phone interview. “And all across the Continent, they’re grappling with one of the biggest energy crises brought about by Russia’s invasion of Ukraine.”

“I guess the short answer is, there are two countries in Europe that kind of stand out for doing better than some of the others and for different reasons. That’d be France and Spain,” McCown said. “And largely because those two have curbed inflation the best.”

The package—which is the third since Russia’s invasion of Ukraine in late February and will go into effect Jan. 1—extends eviction and rent controls, ends valued-added taxes on items such as milk, bread, and other staple foods, and reduces the VAT on pasta and cooking oil to 5% from 10%, The Associated Press reported.

While some of the other countries are doing well, I think what Spain has decided to do is different than a lot. A lot of places have put a price cap in or subsidized things. I think Spain has buffered its citizens from inflation … through a host of different tax-reduction measures, as well as a [price] cap on natural gas itself.

McCown reflected on how this winter compares with previous winters in Spain regarding energy prices.

“I mean, if you look at the short term, energy bills have risen dramatically in Spain. On average, they’re up 35% since the invasion last February,” he said.

“And that’s even with … governments trying to take action to blunt these price increases. The issue for Spain is that it’s relatively isolated within Europe; meaning, it’s surrounded on multiple sides by water,” he said. “So, it has less interconnectivity between other countries throughout Europe, and that means it’s more difficult, and they have less access to getting energy or electricity from other grids.”

McCown also weighed in on how the U.S. can avoid getting into a situation similar to not only that of Spain, but also that of Europe more broadly.

“I travel a lot to Europe, love the Europeans, but for some reason among certain parts of the ideological spectrum, people are fascinated by Europe, and they want to do whatever Europe is doing,” he said. “Europe’s energy policy, though, has been an unmitigated disaster, and if we’re not careful, we’re going to end up in the exact same spot, because this administration is closely following and mimicking the [European Union’s] energy policy, which is a huge mistake.”

“So, what can we do? We can stop doing what we’re currently doing,” McCown said, adding:

And we can stop demonizing certain fuel sources over others, and get back to what even President [Barack] Obama called was an all-of-the-above approach to energy that foresaw a mix of fossil fuels and renewables, taking the best of what was available based on availability and price … in order to make sure that the U.S. had the cheapest energy possible.

The Biden administration‘s not doing that. They’re pursuing a ‘renewable’ growth at all costs, and it’s quite painful to watch, really.

Diana Furchtgott-Roth, director of the Center for Energy, Climate, and Environment at The Heritage Foundation, likewise weighed in on how the U.S. can prevent itself from landing in a similar situation to what Europe is experiencing. (The Daily Signal is the news outlet of Heritage.)

“We are very fortunate here in the United States that we have vast reserves of oil and natural gas, and we should focus on using those,” Furchtgott-Roth previously told The Daily Signal in a podcast interview.

“We should focus on developing pipelines that bring those fuels not just to where they are needed here in the United States, but also to the coast so we can export them and help Europeans, who also need these fuels,” she said, adding:

So, we can avoid going the way of Europe if we keep focusing on our oil, our natural gas, our coal, which we also need for the reliability and resilience of our electricity grid, and we need to make sure that we always have those fuels as a backstop for when the wind stops blowing and the sun doesn’t shine.

The White House did not immediately respond to The Daily Signal’s request for comment.