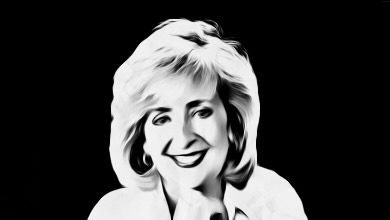 George Santos, a newly elected congressman from Long Island, New York, has been caught in a string of embarrassing lies about his background. He claimed to have received a degree from Baruch College in 2010; he didn’t. He claimed to have worked for Goldman Sachs and Citigroup; he didn’t. He claimed to own multiple properties; he doesn’t. In fact, he lives with his sister and has previously been a “deadbeat tenant” who was sued for thousands of dollars in unpaid rent and bounced checks. (He says now that he never even paid the judgment. “I completely forgot about it.”)

In a lie with perhaps the most ridiculous justification, Santos told voters he was Jewish; he isn’t. His explanation? He’d heard stories that someone on his mother’s side of the family had converted from Judaism to Catholicism. “I never claimed to be Jewish,” Santos insisted. “I said I was Jew-ish.”

Once upon a time, this would have produced outrage. Now, it barely registers. A “senior GOP leadership aide” reported to the New York Post that Santos’ — ahem — “embellishments” of his background were well known and a “running joke” with Republicans.

Democrats, of course, are demanding that Santos resign. But they are in no position to point fingers. Elizabeth Warren, a Democrat from Massachusetts, infamously claimed to be a “native American” on the basis of her family stories. She continues to serve as a United States senator and even ran for president.

Speaking of presidents, Joe Biden has made a career out of lying. He has said he graduated at the top of his law school class at Syracuse University (he graduated in the bottom 10%); that he was the Outstanding Political Science student at the University of Delaware (he wasn’t); that he received a commission to the Naval Academy (nope). He plagiarized a paper in law school. He later plagiarized a speech originally given by former British Labour Party leader Neil Kinnock. He claimed to be the first in his family to go to college (he wasn’t). He said he got arrested in South Africa in the 1970s trying to see Nelson Mandela (he didn’t). He exploits public sympathy for the tragic deaths in his family, claiming that his son Beau died in Iraq (he died of cancer in a Maryland hospital) and that a drunk driver killed his first wife Neilia and their 1-year-old daughter Naomi (the other driver was not drunk, and Neilia Biden was at fault in the crash).

True, Biden did halt his 1988 presidential campaign. But evidently, he just needed to stick around long enough to bounce back. Now he’s in the White House, where he gets to lie, daily. (The Washington Post’s presidential fact-checker Glenn Kessler “gave up” pointing out Biden’s falsehoods after his first three months in office, tweeting: “Here’s the Biden database — which we do not plan to extend beyond 100 days. I have learned my lesson.”)

This is how American politics devolves. Although Republicans have played their share of dirty pool, the Democratic Party has taken the lead eroding political standards, after which Republicans scramble to play along.

The latest rule changes involve not just mailed-in ballots but “ballot harvesting,” which must be viewed in tandem with the Biden administration’s allowing millions of illegals to enter the country. Why? Because Democrat activists and lawyers are also busy fighting election integrity laws in state after state. When identity and citizenship cannot be verified, improper ballots will not be able to be disqualified.

Or take Maricopa County, Arizona, where anywhere from 20% to 48% of voting machines jammed on Election Day, affected by ballots that had — inexplicably — irregular-sized images and text, creating long lines and wait times of hours for voters — disproportionately Republicans — who opted to vote on Election Day. Thousands of people were impacted. But apparently, as long as it looks like just stupidity and incompetence, again, no consequences.

There are always justifications for questionable behavior — at least initially: “We’ve got to win, because our opponent (insert name here) is a threat to democracy” or “The issue(s) we’re fighting for (insert issue here) are so important.”

But politicians who cheer when they win by gaming the system shouldn’t — their victories will be shallow and short-lived.

Eventually, the ability to lie, cheat and steal attracts the utterly unprincipled, and demoralized citizens will vote for them anyway. Corruption does not merely block justice in a particular case. It erodes standards universally. It spreads despair, resentment, resignation and retaliation. It seeps into the body politic, into the public consciousness, into the popular culture.

When corruption becomes the coin of the realm, it spreads well beyond the power of the instigators to limit its reach. Once the public decides that the government lacks any honor, the media lacks any truth and the legal system lacks any justice, they will take matters into their own hands. Conspiracy theories will proliferate, untempered by reliable sources of information that long ago abandoned credibility for propaganda. Everyone in government is seen as a “crook.” Mob justice, too, will be excused: “It’s just this once.” “Their crimes were egregious and ‘the system’ failed us.”

Corruption cannot be controlled by the powerful; it can only be contained by the principled.

While we still have some semblance of control, we must use it. The collapse of our government and the breakdown of our society are what await us if we do not live our lives based upon principles and demand that our political and cultural leaders do the same.

Column: This Just In, Journalistic Objectivity Is Obliterated
Joe Biden to End Covid-19 Emergency Declarations on May 11
‘We already have hurdles. Let’s not create more’: Democrats dubious about Kamala Harris’ political future, impact on 2024 election
GOP Councilwoman Shot and Killed Outside Her New Jersey Home
‘It changed me’: The investigation into one of history’s worst space disasters – and its legacy