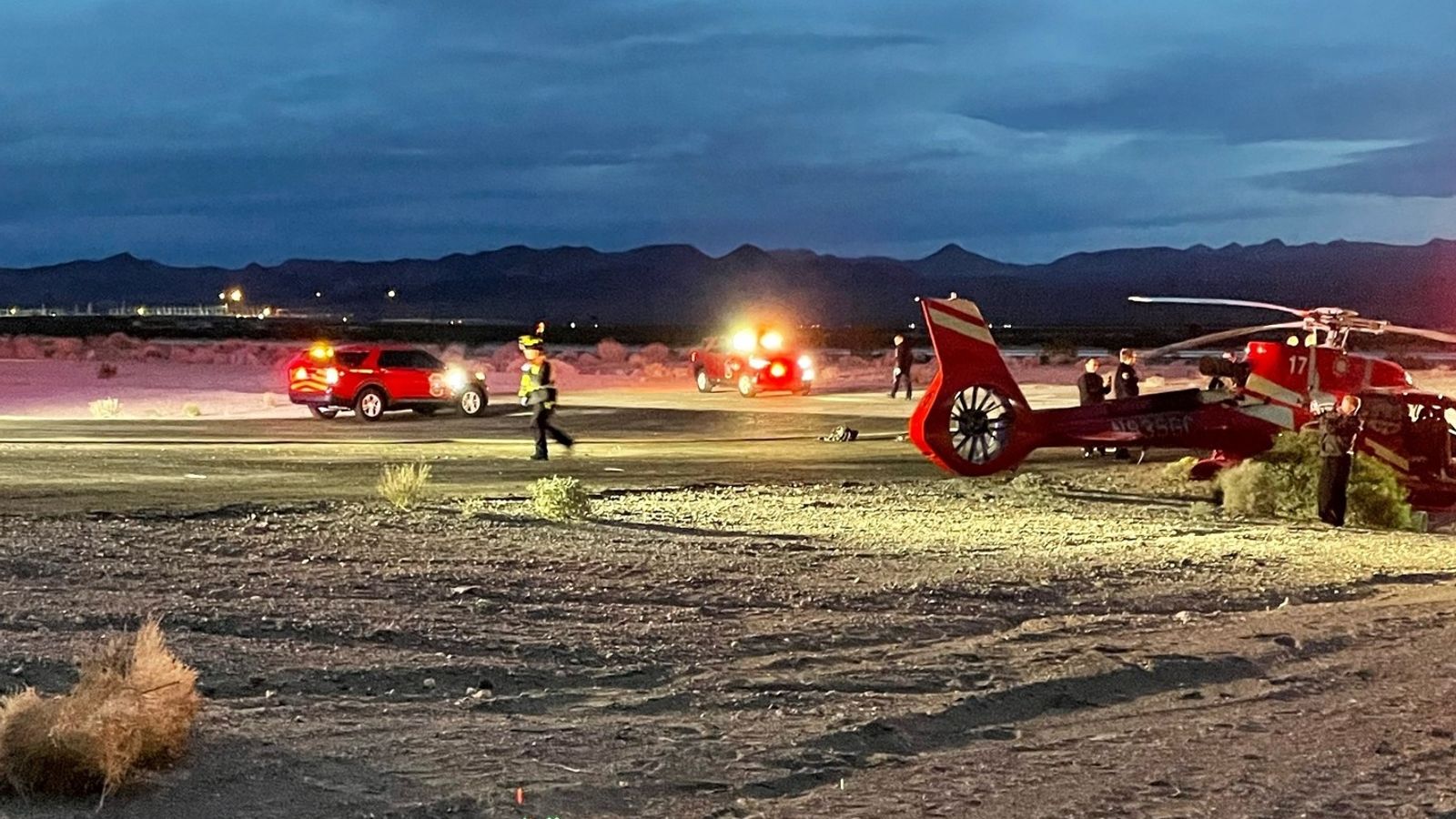 Seven people have been injured after a Grand Canyon tour helicopter made a “hard landing” at an airport on the edge of Las Vegas.

The pilot and six passengers were taken to hospital after the incident at Boulder City airport at about 4.30pm on Tuesday.

The Federal Aviation Administration (FAA) called it a crash while landing, while the National Transportation Safety Board (NTSB) labelled it a “hard landing”.

There were no reports of a fire and Boulder City spokesperson Lisa LaPlante said the injuries were not life-threatening.

Air traffic database FlightAware reported that the helicopter had flown 25 minutes from near Kingman, Arizona, with Boulder City airport as its destination.

The operator of the helicopter, an Airbus EC130 T2, was Las Vegas-based Papillon Grand Canyon Helicopter Tours, the NTSB said.

Bus and air tours of the nearby canyon are popular with tourists visiting the gambling mecca.

The FAA is investigating the cause and the NTSB said a preliminary report should be released in about three weeks.

The City of Boulder City, Nevada Facebook page said: “Late this afternoon, a tour helicopter was returning from a routine trip to the Grand Canyon. One pilot and six passengers were on board.

“For reasons unknown at this time, the helicopter made a hard landing. Boulder City Fire Department arrived and determined all seven people suffered non-life-threatening injuries.

“They were transported to Sunrise Hospital and Siena Hospital for treatment. Special thanks to Boulder City Police for securing the scene and to Henderson Fire Department and Community Ambulance for assisting with the injured.

“As is protocol with aircraft incidents, the National Transportation Safety Board has been contacted and will handle the investigation.”