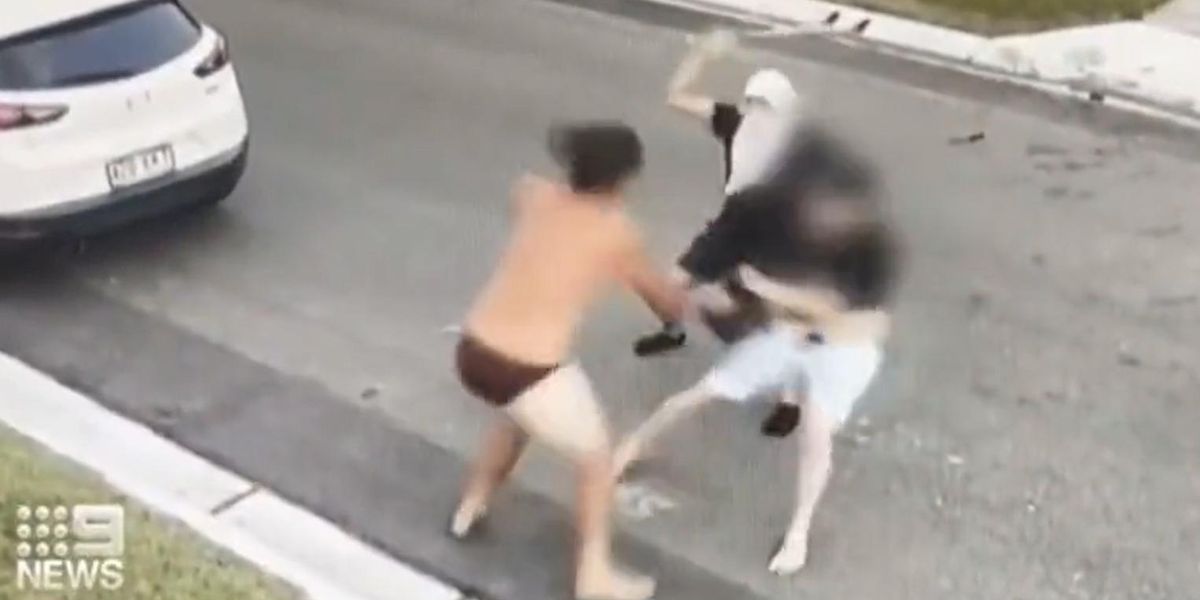 Australia celebrates Boxing Day on Dec. 26 — a day on which the poor were traditionally presented with gifts. The day’s name took on a whole new meaning this year for one Queensland father of two who found himself pitted against a pack of marauders in a no-holds-barred contest.

50-year-old Steve Middleton woke around 4:30 a.m. Monday morning to the sound of a commotion outside his Mermaid Waters residence in the Gold Coast. He spotted someone rifling through his car.

“I just assumed it was my daughter’s partner,” Middleton told the Gold Coast Bulletin. “Then I saw another head pop up on the other side, going through the other car. I was like ‘Oh s–t, we’re being robbed.'”

There was little time to fully dress for the occasion, so the Australian father simply “threw on some jocks and ran outside.”

Middleton caught one of the thieves off guard when he bolted into action.

“I thought ‘bugger it, I’ll grab this bloke’ and gave him a bit of a tackle,” Middleton recounted to the Courier Mail.

Holding the thief by the shirt, the father of two soon realized he was outnumbered.

“I didn’t realize there was other kids in the other car up the street. I didn’t think anything of it,” Middleton told 9 News.

Reinforcements idled nearby in a Mazda CX-3 and a BMW X4, both stolen from homes in the area.

As Middleton continued to hold the first suspect, another dressed all in white and armed with a knife rushed to intervene.

A third marauder then rushed Middleton waving a baseball bat.

“Once the bat came out, I tried to use the young fella I was holding onto as my little shield,” said Middleton.

After things went south once more for the marauders — particularly for the improvised human shield — they struggled to get back to the stolen vehicles.

According to Middleton, one of the thieves was “squealing like anything.” The defeated marauders drove away hurriedly. They have not yet been apprehended.

The brutal Boxing Day brawl was caught on CCTV:

When police came by to take statements and check for fingerprints, Middleton reportedly asked them, “Am I right to go fishing yet?”

He told the Courier Mail that the knife wound on his hand ultimately kept him from going fishing on Boxing Day, but he “absolutely” intends to go once it heals, noting, “I work too hard not to.”

Are You Ready for the Trump vs. DeSantis Showdown?
MSNBC Uncorks Fever Dreams of MAGA Killing Democracy — As DirecTV Nixes Newsmax
Trump’s Plan to End ‘Left-wing Gender Insanity’ Is One We Can All Get Behind
Third-biggest egg farm in US catches fire, 21 fire departments respond to huge blaze that likely killed thousands of chickens
ABC Panelist Equates CRT Bans with Police Brutality Against Black People