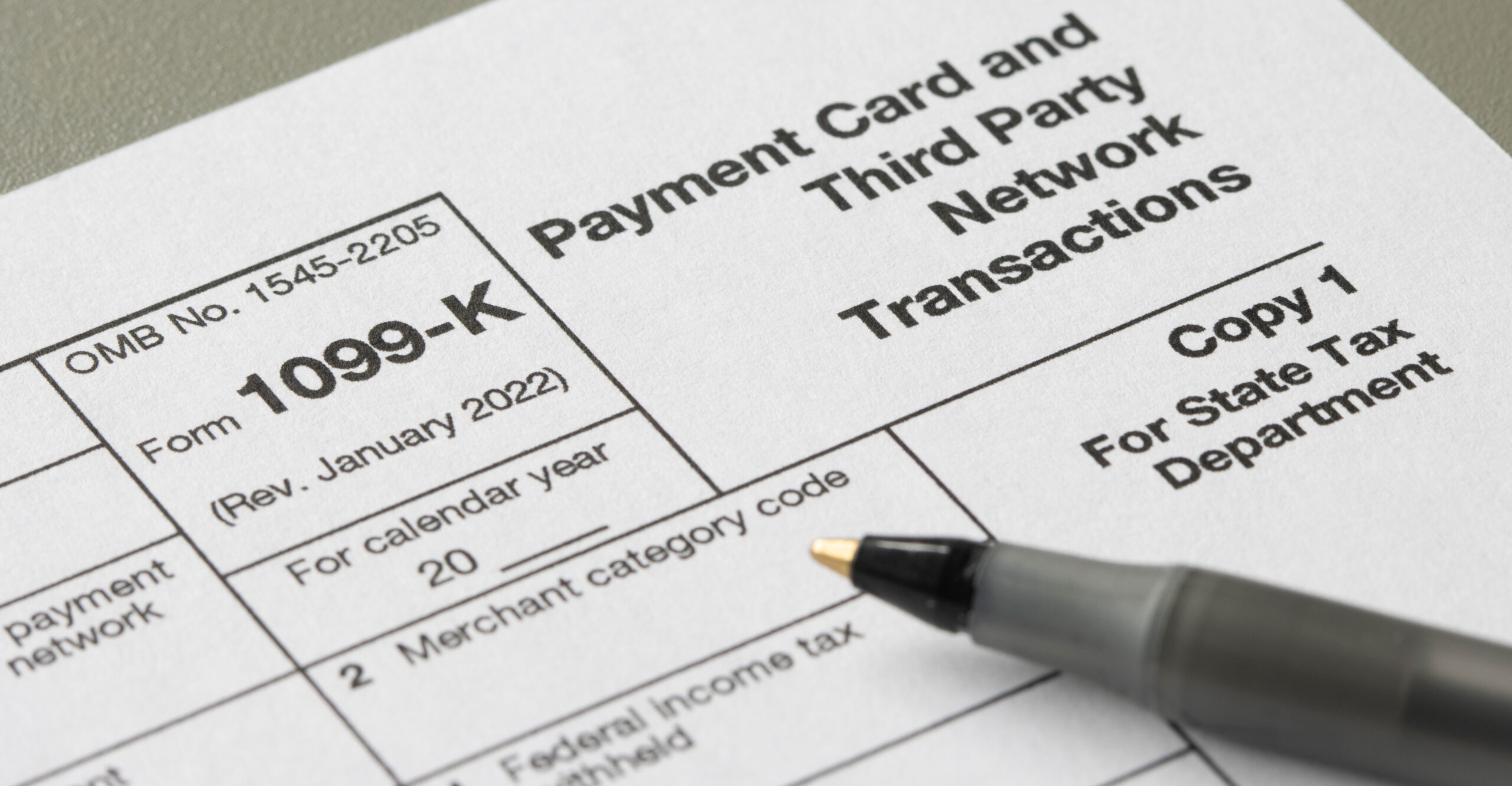 Next month, the U.S. Postal Service will be busier than usual. Not because of late Christmas cards or thank-you letters, but because of the extra Form 1099-Ks the IRS will be mailing out.

Under the American Rescue Plan, third-party payment facilitators like Venmo, eBay, Etsy, and Airbnb are now required to send Form 1099-Ks to individuals reporting 2022 gross annual income of as little as $600. That’s $50 a month.

The previous annual reporting threshold was $20,000.

Income that was untaxable before the reporting change should still be untaxable. However, simply receiving a Form 1099-K will make many taxpayers believe they have a tax obligation, even when they don’t.

Some personal transactions between friends, family members, and roommates—such as reimbursements for shared rides, rent aggregation, and gifts—will be mistakenly classified as business transactions and reported on 1099-Ks.

Or a taxpayer who sold, say, $800 worth of used books and electronics on eBay in 2022 may wrongly assume he owes tax on the full gross income reported on his 1099-K. But if the taxpayer sold the used goods for less than he paid for them, he should be able to deduct those costs and avoid additional taxes.

The IRS claims the new 1099-K reporting will allow the agency to identify unreported income, increase tax collections, and reduce the tax gap.

Government reports have suggested that small businesses and gig workers account for a disproportionate share of the tax gap; that is, the total amount of tax underpayments and nonpayments. Lowering the 1099-K reporting threshold to $600 per month is clearly meant to address that perceived gap.

To which one may respond, “But isn’t closing the tax gap about stopping millionaires and big corporations from cheating on their taxes? After all, that’s why the Biden administration sought and received $80 billion, so the IRS could expand audits and enforcement.”

The short answer is no.

Treasury Secretary Janet Yellen did send a letter to the IRS commissioner directing that the new funding not be used to increase audit levels on small businesses or households earning less than $400,000 relative to historical levels. But Yellen’s directive doesn’t carry the weight of law or even regulation. It’s mere political theater.

The IRS can require payment facilitators to send millions of additional Form 1099-Ks to middle-class taxpayers and small businesses and still honestly say that it hasn’t increased its audit level.

The agency can even send more notices to middle-class taxpayers informing them of underreported income discrepancies that must be resolved within 30 days, and this also wouldn’t count as increasing the audit level.

In fact, the IRS could increase the audit level of middle-class Americans to the historically far higher rates from 1980 and make each audit more painful, while still arguing that it technically didn’t raise audit levels relative to historical levels.

There’s a reason the rhetoric about the IRS only cracking down on the wealthy doesn’t match the reality.

Big-government advocates and politicians need Americans to believe that higher taxes will only affect “the other guy”—specifically, the very wealthy and big corporations. That’s how they get their agenda passed.

But there just aren’t enough superwealthy people to soak to afford a big-government spending agenda for long, and countries that do soak the rich have a funny habit of driving out most of their wealth.

So, eventually, they resort to more and more taxes on the middle class.

Western European countries with expansive welfare states tax the middle class far more heavily than the U.S. does. U.S. expansions of social spending and green-energy boondoggles also must ultimately come on the backs of the middle class, one way or another.

The American middle class paid for the 2020-2022 spending spree with the inflation tax and massive new debt—i.e., future taxes. And there are many other direct and indirect ways that taxes ultimately harm the middle class.

One unfortunate consequence of cracking down on $600-per-year Venmo and eBay accounts is that it drives people off these platforms to avoid the IRS hassle, not to mention the identity security concerns of sharing their Social Security numbers with payment facilitators.

This is bad for those companies. Many have seen their stock prices drop 50% to 70%. But it’s also bad for consumers. Those companies facilitate entrepreneurship and the gig economy, and they give small businesses tools to compete against large corporations.

A bigger, more powerful IRS accessing more private information will stifle innovators and small businesses struggling in a slowing economy. It would be nice if Washington would stifle its own runaway spending instead.