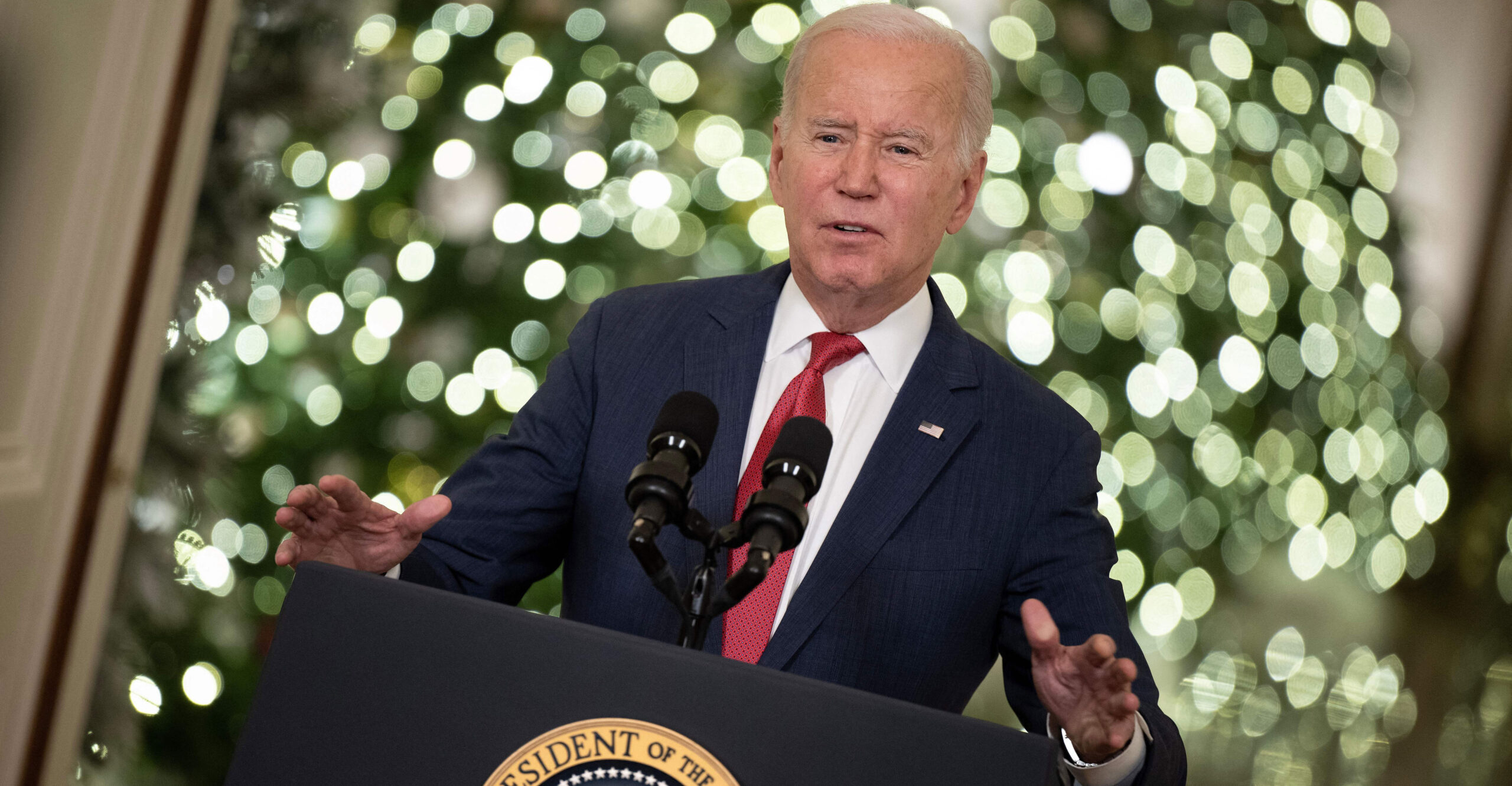 Imagine being a speechwriter for a so-called “devout Catholic” president and being asked to write a Christmas speech. It sounded like the first instruction was: Don’t say the words “Jesus Christ.”

There’s mention of “the birth of a child—a child Christians believe to be the son of God; miraculously now, here among us on Earth, bringing hope, love and peace and joy to the world.” There are citations of “O Holy Night” and “Hark! The Herald Angels Sing,” but there’s no “Jesus.”

Christmas, according to President Joe Biden, isn’t the arrival of our eternal salvation, but just a message of “hope, love, peace, and joy.” It’s a message that “speaks to all of us, whether we’re Christian, Jewish, Hindu, Muslim, Buddhist, or any other faith, or no faith at all.”

Jesus did bring a universal message, but it carried with it a message of conversion. Accept Christ and put faith in Him. It’s more than a Hallmark card sentiment. It can be controversial, and politicians try to manage controversy very carefully. A Democrat whose loyal voters often have “no faith at all” don’t want a Jesus appeal in their political Christmas pudding. Their ACLU antennas are always attentive.

But Biden’s Dec. 22 Christmas message was even stranger when he tried to claim he opposed how “our politics has gotten so angry, so mean, so partisan.” He offered no apologies for uncorking angry partisan lies like the Republicans were somehow “Jim Crow on steroids,” guilty of a “21st-century Jim Crow assault,” and they even made “Jim Crow look like Jim Eagle.”

The “fact-checkers” never raised an eyebrow.

Sure, Biden wants to take a brief timeout and say, hey, let’s not see one another as “Team Red” or “Team Blue.” That sounds nice. But within a day or two, the White House was out screaming about Texas Gov. Greg Abbott sending buses loaded with 100 illegal immigrants to unload near the vice president’s residence in Washington, D.C. The White House called it a “shameful stunt,” and the “news” network publicists helpfully repeated it.

It didn’t matter to Biden’s narrative shapers that illegal-immigrant advocates were standing outside the bus to receive them. As advocate Amy Fischer told NPR, “We had volunteers ready to meet the buses and then immediately transfer onto buses that were provided by the city to transport them to a church that had volunteers, community, hot food, clothes waiting for people, toys for the kiddos.”

There were no apologies from Biden for allowing a record 2.7 million illegal border “encounters” in fiscal year 2022—a new record—with the promise of an even greater surge as Democrats push to erase the COVID restrictions of Title 42. It’s a “Team Blue” move to maximize immigration and suggest your opponents hate humanity when they advocate for restrictions.

Similarly, “devout Catholic” Biden never apologizes for trying to override any restrictions on abortion. Just last week, it was reported that Stephanie Carter, an Army veteran and nurse practitioner at a veterans hospital in Texas, is suing the Department of Veterans Affairs for forcing her to handle and distribute abortion pills in violation of her religious beliefs.

The Biden administration is aggressively searching for loopholes to provide “abortion access” in states that now ban abortions. But there are no loopholes for Christians like Carter to opt out of handing out death pills.

The networks didn’t report on Bishop Joseph Strickland of Tyler, Texas, who recently tweeted Biden is “an evil president” who “promotes” the “murder of the unborn at every turn.” Somehow, that message wasn’t appropriate for Christmas.