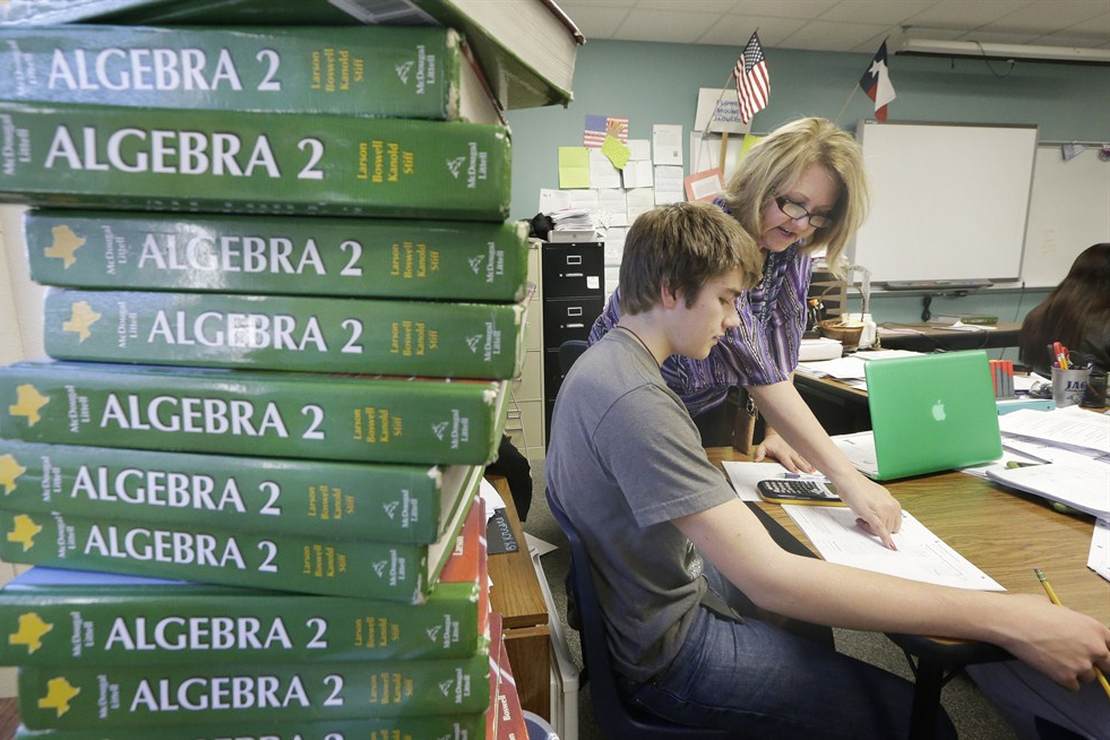 Beyond thinking I had a call to the cloth once upon a time, one of the reasons I like studying religion is the distinct lack of math. For the most part, once you’ve got BC and AD down, you don’t have to worry much about numbers. I have never been good at math, and have always envied those who are. Physicists and accountants, for example. I envy those people, especially accountants.

As someone who wants to start his own business someday, I can only look longingly at those who can effortlessly tackle figures. Don’t get me wrong. I can add, subtract, multiply and divide, but I get lost somewhere around pre-algebra. And it is a given that people need to understand basic arithmetic to get by in the world.

But the LGBTQ advocacy group GLSEN has decided that math needs a woke makeover, specifically regarding trans people. Math classes need to be inclusive. Never mind that numbers have no gender. Well, they don’t at the moment.

The Post Millennial reports that GLSEN, which promotes LGBTQ materials in schools, is making the effort to advocate for the creation and implementation of more gender-friendly math curricula. Never mind that by its very nature, math is already inclusive. Math applies to everyone, whether they like it or not. Trans educator Kyle Whipple wrote in a blog post with the title, “How Do We Make Math Class More Inclusive of Trans and Non-Binary Identities,” “Mathematics educators must do a better job of including our trans and non-binary students, as the future of those students are in their hands.”

Whipple holds that when talking about things like data collection and statistics, teachers need to accommodate options that are not male or female but also intersex. He also advocates having students:

…model the spread of the use of the singular they/them/their pronoun. The suggested activity starts “with a community of a given size, perhaps 25,000 people, and giving the probability that any encounter will lead to a percent of the population adopting the they/them/their pronouns as part of regular use, the students can determine how long it will take for the entire population to adopt the use.”

Whipple contends that teachers need to create safe and welcoming environments. So it’s all about the pronouns. Again. And pronouns are an excellent tool for beating others over the head and getting one’s way. But shouldn’t we save that discussion for the gender studies classes? Math, after all, is no respecter of persons. It is entirely neutral. While one may be able to snatch pronouns out of the air and manipulate them the way a juggler does dinner plates, that skill will be of little avail when it comes to understanding one’s bank account or taxes.

Does a supposed lack of inclusivity imply that LGBTQ students can’t understand math as it is? I think you would find plenty of LGBTQ people, especially business owners, who would disagree. Math is pretty much immutable and universal, isn’t it? As I understand it, mathematics may form the only reliable basis for communication with an alien civilization. I mean, if you have two of anything, and you add two more of those things, you have four things.

It doesn’t matter if you are on Earth, Pluto, or the Klingon home world. Two plus two equals four. It always has been that way, and it always will be so. And it is true no matter how you identify. There is nothing subjective or romantic about it. Math is what it is, no matter how one feels.

Besides, with the number of genders now in the triple digits, a head for numbers would come in handy for keeping track of all those pronouns.

But we seem to be talking about examples and maybe even story problems. Perhaps we are looking at something like this:

Toni (they/them) has four girlfriends. If Toni loses two girlfriends, how many do they/them have left? The answer is two. But if those two are men who identify as women, Toni may still have four. Unless they are all gender fluid, in which case it could be four to none on any given day. Until one or more decide that they identify as Morel mushrooms or dodecahedrons.

At that point, I don’t know what the hell Toni has. Beyond a crappy education.

Biden to Send Ukraine ANOTHER $2.2 Billion in Military Aid – Including Long-Range Missiles: Reuters
Starbucks misses expectations as China Covid surge hurts international sales
‘America Is Under Assault From Chinese Spying,’ Rep. Mike Waltz Says of Mysterious ‘Spy Balloon’
The Fringe with Megan Fox, Episode 118: Tech Neck. We All Have It. Now What?
MASSIVE EXPLOSION Over Billings, Montana – Military Helicopters Have Been Activated