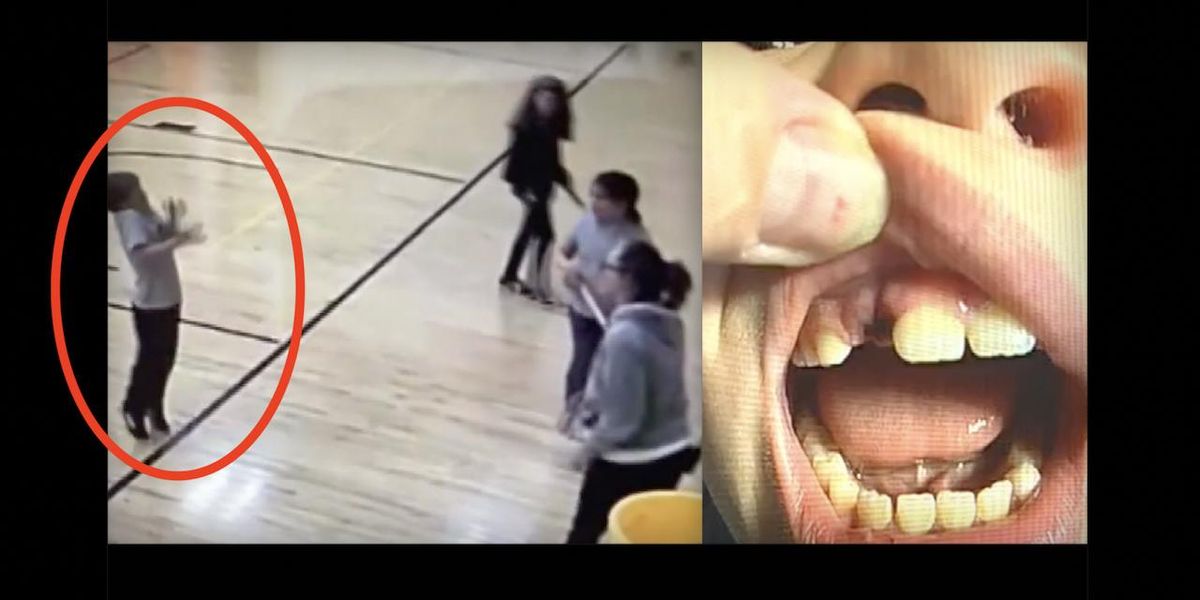 A former teacher who threw a hockey stick at a second grader earlier this year, after which the boy suffered a knocked-out tooth, pleaded guilty to assault this week, KMSP-TV reported.

Kimberly Neubauer, 63, of Princeton, Minnesota, resigned from her teaching position after surveillance video caught her throwing a hockey stick at an 8-year-old boy, the station said.

Video of the March 28 incident that the station obtained shows students placing their hockey sticks in a pile and 8-year-old Easton Johnson tossing his stick toward the pile, KMSP said.

With that, the teacher quickly picks up the hockey stick and throws it at the boy, after which Easton lost a tooth, his parents told the station.

The Minnesota Department of Education, after reviewing the surveillance video and interviewing the student, in May determined the teacher subjected the child to maltreatment, the station reported.

“We’re in shock,” Lance Johnson, Easton’s father, told KMSP following the incident. “She’s within five feet, and she didn’t even hesitate. Like she was trying to hurt him.”

The station also learned that in an internal email to staff two weeks after the thrown hockey stick incident, the school’s principal notified colleagues about the teacher’s departure without mentioning the alleged assault, saying she wished the teacher “the absolute best.”

In addition, the district more recently on its Facebook page congratulated Neubauer on her retirement, KMSP reported.

Barton has since apologized for the post, the station reported, noting he didn’t authorize it and that the message was taken down as soon as he was made aware of it.

Dental records show the child lost an upper front-right baby tooth and that it had been “completely knocked out with no root left behind,” KMSP said, citing the charges, adding that records also noted bruising.