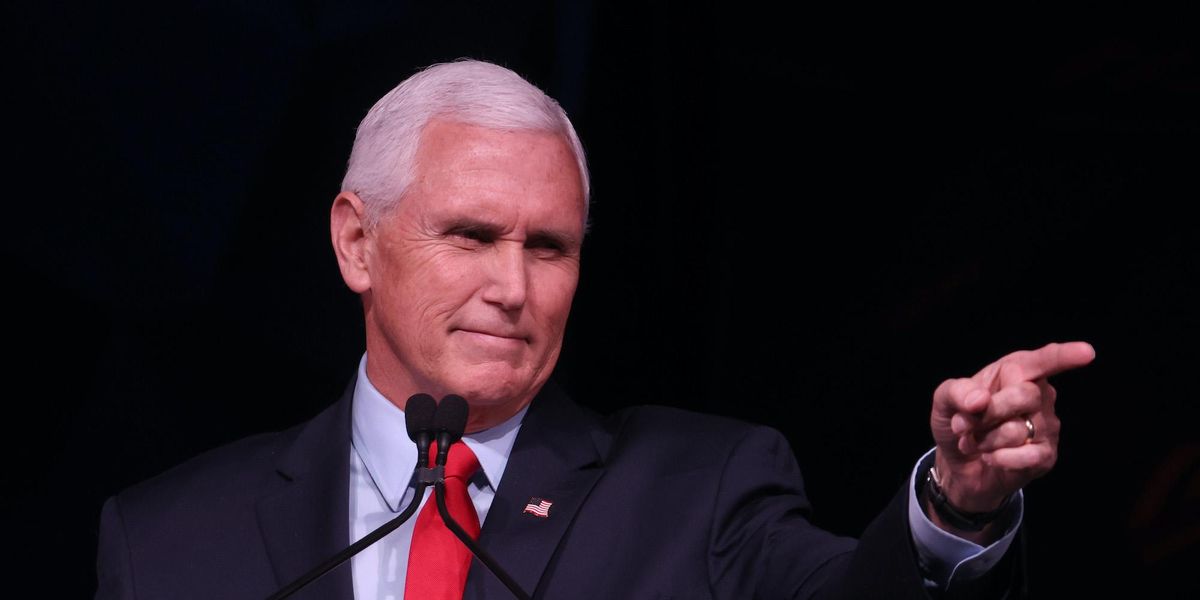 A filing for the 2024 presidential campaign for Mike Pence appeared on Monday, but a spokesperson for the former vice president denied that they had any involvement.

The filing was reported on social media and was widely circulated. Soon after, Pence spokesperson Devin O’Malley denied that Pence had filed.

u201cFormer Vice President Mike Pence did not file to run for President today.u201d

“Former Vice President Mike Pence did not file to run for President today,” he tweeted, then added that someone had pranked the media.

The Republican politician gained prominence as a right-wing talk show host in Indiana before he was elected to the U.S. House of Representatives in 2001. He was elected governor of Indiana in 2013 before being selected by then-candidate Donald Trump to be his vice presidential candidate in 2016.

Pence has been criticized by many on the left and by those opposed to Trump for refusing to denounce the president for claiming the 2020 election was fraudulent. Some of the rioters on Jan. 6 reportedly
chanted for Pence to be harmed over his refusal at the time to call for the election results to be recounted.

He has since publicly
stated that he refuses to testify before the congressional committee investigating the rioting on Jan. 6 at the U.S. Capitol.

“Congress has no right to my testimony,” said Pence.

“We have a separation of powers under the Constitution of the United States,” he added, “and I believe it would establish a terrible precedent for the Congress to summon a vice president of the United States to speak about deliberations that took place at the White House.”

Former President Donald Trump announced his campaign for the 2024 election in November.

Despite Rev. Franklin Graham publicly announcing that he wouldn’t endorse anyone for the 2024 Republican presidential primary, his
statement praising Pence raised speculation that Pence would announce his campaign soon.

“And I hope that his role in serving this nation is not finished,” he added.

When asked if he was endorsing Pence, Graham said they were instead going to go eat some fried chicken.

Here’s more about Republican candidates for 2024:

Could Lower Standards for Police Recruits Breed Future Misconduct?
‘New clock’ on police accountability after death of Tyre Nichols, says civil rights campaigner
Zero protesters show up at Jordan Peterson event that activists warned was ‘racist’ and ‘homophobic,’ demanding its cancellation
Florida mother suing school district for banning her from volunteering because she’s an OnlyFans model
‘These cops were blue before they were black’: Ana Navarro of ‘The View’ downplays race of black police officers charged with murdering black man Tyre Nichols