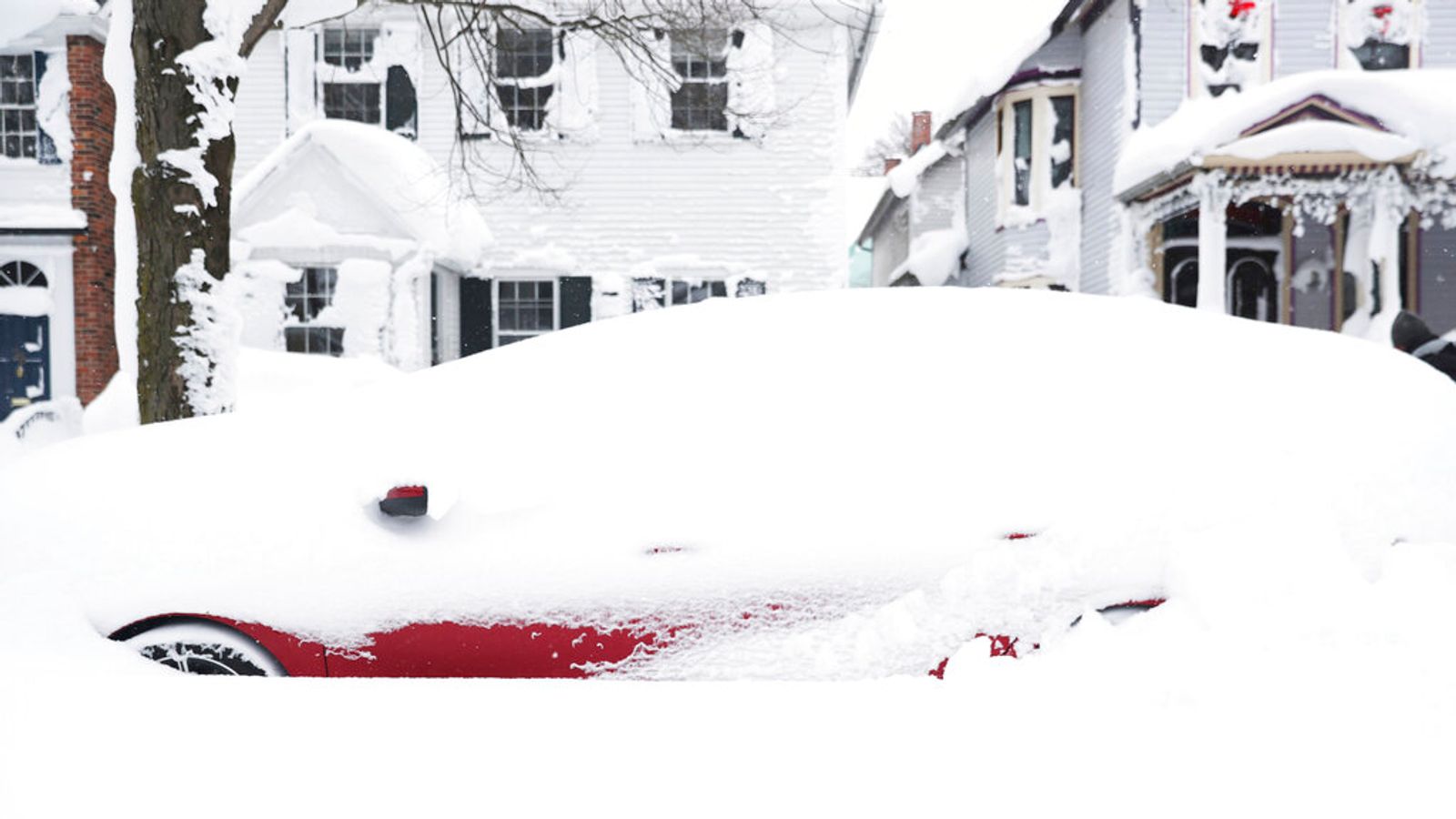 Military police are going to guard major intersections in the US city of Buffalo after residents continued to drive through deep snow despite local officials begging them not to.

At least 64 people have now died in the bomb cyclone – the deadliest US storm for at least two generations.

A further two inches of snow is predicted to fall by the end of Tuesday in Erie County, which includes Buffalo and its 275,000 residents.

“Please, please, do not drive in the city of Buffalo, unless you are emergency personnel,” County Executive Mark Poloncarz said during a news conference.

“Too many people are ignoring the ban,” he added, describing the storm as “the worst probably in our lifetime”.

Mr Poloncarz told reporters: “I have been advised that 100 military police are being brought in as well as additional troops from the New York State Police Department.”

They will be situated at entrances to the city and at major intersections, stopping drivers from getting through. 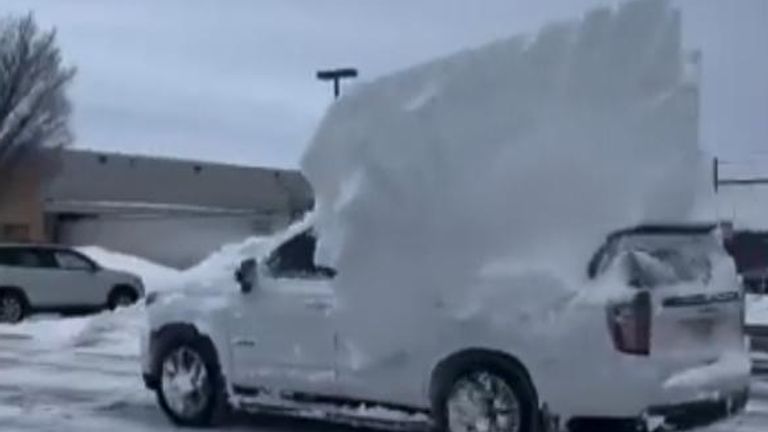 Buffalo Bills players and staff returned to Buffalo to find their vehicles buried in deep snow following a blizzard.

Bodies have been found in cars and homes – and some people have died while shovelling snow.

A further four people died in Canada after a bus rolled over on icy roads in British Columbia.

Some people have died because ambulances could not reach them in time to respond to medical emergencies.

President Joe Biden has authorised federal support for New York state, where tens of thousands of people have been left without power.

Some people have been stranded in their cars for more than two days, with emergency services struggling to reach them, Mr Poloncarz said.

The pledge of federal funds will help parts of the country blinking into the aftermath of this storm phenomenon.

The ‘bomb-cyclone’ – a double barrelled weather event so big they named it twice.

Large swathes of North America were blown sideways and buried, as Christmas was cancelled for millions of people.

Restoring infrastructure will take months and a president’s promise of hard cash will be vital in that process.

It’s good for logistics, even if it can’t buy back lives lost. Storm Elliott has been a human tragedy first and foremost.

New York state and other parts of the country have been screaming for financial support.

But the storm itself screams the bigger question that affects us all: climate change.

Meteorologists calling this a ‘once on a lifetime’ storm warn that we could see its like more often. They point out that this arctic blast fits a pattern of weather events once considered rare, but now not so much.

Parts of the United States are, understandably, consumed by the problems at hand.

For cities like Buffalo, getting through the next few days is the priority – mopping up and looking towards a New Year with a fresh eye.

How far it throws a focus onto climate change – the problem and solutions – is an open question.

Funding to fix the damage will improve the outlook here but, in the bigger picture, it smacks of sticking plaster.

Not for the first time.

New York Governor Kathy Hochul has called the storm “one for the ages”.

It and another big snowstorm just over a month ago have brought almost as much snow as the area would expect during the whole winter, she added.

At one point, Buffalo was getting between two and three inches of snow an hour.

On Monday, almost 4,000 flights were cancelled, according to the tracking site FlightAware, aggravated by cancellations at Southwest Airlines, 70% of whose flights were not running as scheduled.

Tens of thousands of homes and businesses have been left without power.

Jim Dale, senior meteorologist at British Weather Services, told Sky News: “I was going to say this is a once-in-a-lifetime experience. I think we’re probably going to see these kinds of events a little bit more than that.

“In this instance, this is all to do with the dislocation of the Arctic polar vortex. So that means basically polar air channelling southwards.

“We saw it coming before it arrived. But the actual transition in terms of going from what you might call a mild situation to an absolute freeze happened in some states within an hour so you went down from say 10 to 15 degrees down to -20 very quickly.”