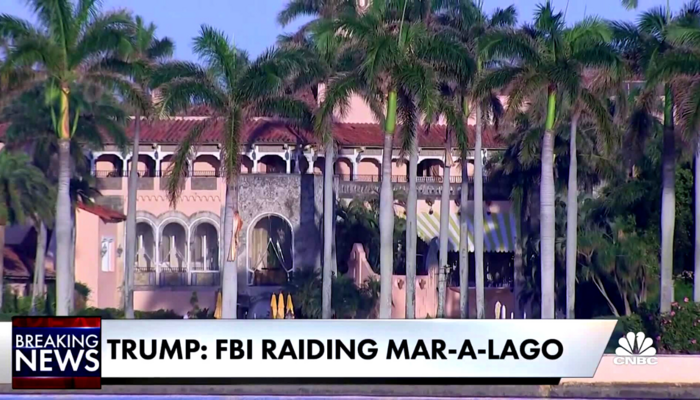 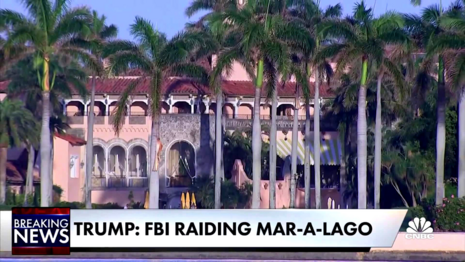 The FBI appears to be signaling via its trusted telegrapher The Washington Post that it is blaming others for its unprecedented raid on Donald Trump’s home at Mar-a-Lago in August. It sure sounds like damage control by the FBI especially since its image has sunk to a new low in the wake of its attempt to control the news to protect the Biden campaign, as revealed in the Twitter Files.

The six-byline article on Wednesday — by Devlin Barrett, Jacqueline Alemany, Perry Stein, Josh Dawsey, Anne E. Marimow, and Carol D. Leonnig — suggests gee, the FBI was really reluctant to barge into a president’s home looking for federal documents. The headline was “Skepticism before a search: Inside the Trump Mar-a-Lago documents investigation: The FBI was initially reluctant to investigate Donald Trump’s possession of classified documents, and cautious when it did so.”

But “The Mar-a-Lago case was very different. There was no ladder for investigators to climb, because the potential target was plainly Trump, suspected of taking highly classified documents when he left the White House and keeping them at Mar-a-Lago, his residence and private club in South Florida, all in apparent violation of the most basic standards of handling national security secrets.”

One gets the sense from the article that the FBI is throwing the rest of the Department of Justice (and perhaps the White House) under the bus as to the reasons for the Mar-a-Lago raid:

Just reaching the decision to seek a court-approved search warrant had presented difficulties. In mid- and late July, lawyers at the Justice Department’s national security division were frustrated with FBI agents at the Washington Field Office, some of whom still weren’t certain there was enough legal justification to conduct a search, people familiar with the situation said. To those lawyers, the doubts expressed by some agents marked another instance in which FBI officials seemed skeptical or gun-shy about investigating Trump in the documents case.

Inside the top echelons of both the Justice Department and FBI, these people said, everyone understood that a search of Trump’s home would be a fateful step — an acknowledgment that the department, which still bore the political scars of past Trump cases, was conducting its most intrusive investigation yet of the real estate developer turned politician.

“Political scars” is a gentle term for launching aggressive anti-Trump efforts such as its Operation Crossfire Hurricane investigation into Trump-Russia collusion that the FBI knew from early on was fake news.

But given Trump’s many prior battles with the Justice Department and the FBI over investigations into links between Russian officials and members of his 2016 campaign, his transition team and his administration; and possible obstruction of those investigations, officials had little doubt they would come under sustained public attack from Trump and his supporters if they moved forward, people familiar with the situation said.

No kidding! And now, thanks to the release of the Twitter Files, we know that the FBI took an active role in suppressing the Hunter Biden laptop story despite being in possession of that laptop since December 2019, which would have given that agency more than enough time to verify that it was not a result of Russian disinformation.

And now we come to a big reason why the FBI wants to disassociate itself from the Mar-a-Lago raid.

A review of the seized classified documents did not reveal an apparent financial motive for taking them. As best as investigators were able to determine in the months following the search, Trump’s motive in refusing to return the material seemed to be primarily ego, and petulance, according to people familiar with the matter.

Ooops! So nothing really nefarious there. The FBI launched a raid of a former president’s home due to a dispute over what amounted to a dispute over mementos. You don’t need six reporters to wonder out loud if the Biden Justice Department raided Trump’s home at a time when the January 6 Committee probe was dormant, and the breathless anti-Trump media needed a new “news hook” to keep up the “momentum.”