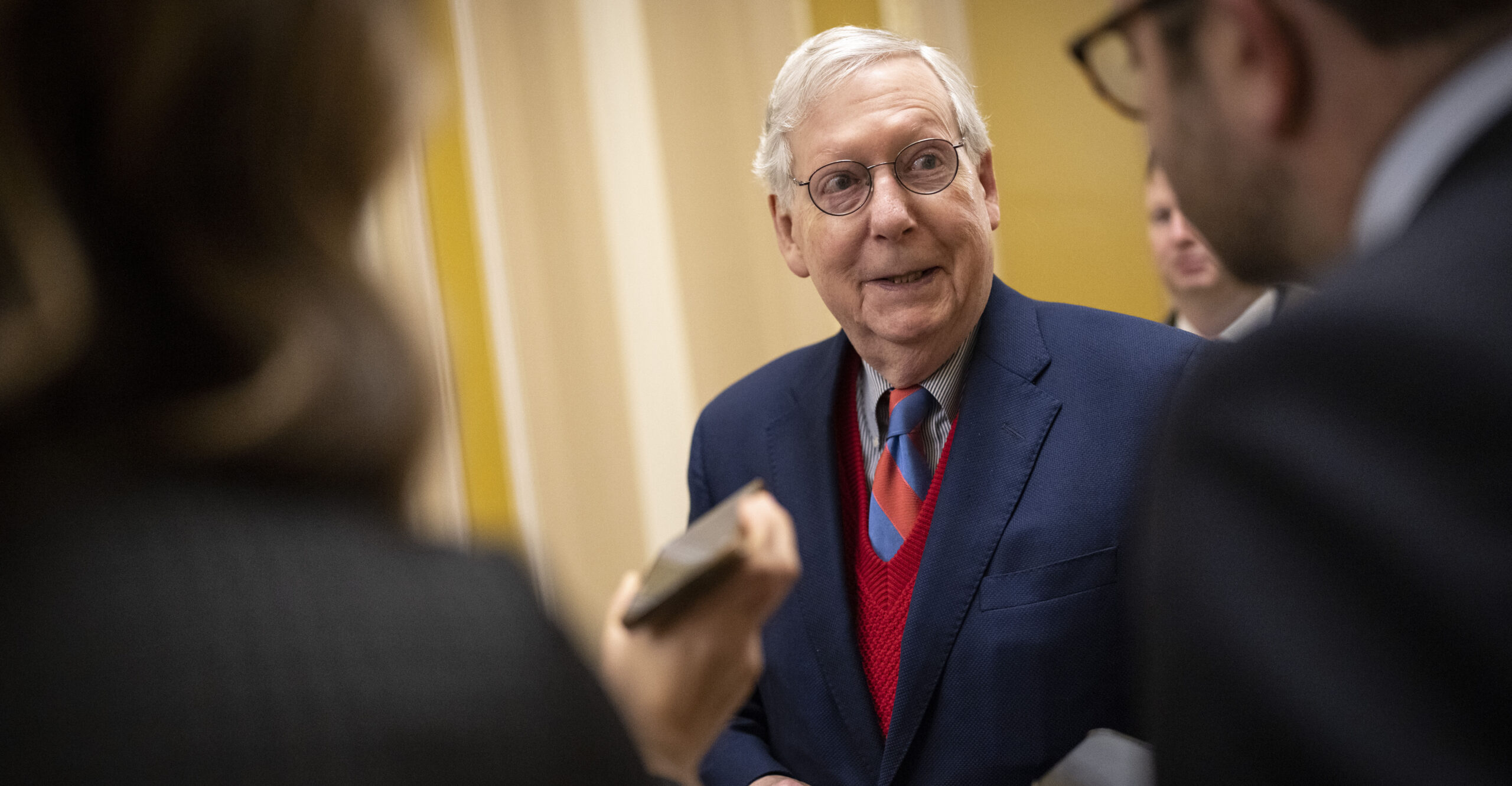 The GOP’s omnibus betrayal is complete.

Senate Minority Leader Mitch McConnell, R-Ky., and 17 other Republicans joined Democrats as the Senate passed a $1.85 trillion monstrosity of a spending bill Thursday that does a whole lot more than just waste money. The vote was 68-29.

The bill moves to the House of Representatives, where the lame-duck, majority-Democrat ghost of Congress past almost certainly will vote in favor.

The omnibus spending bill effectively sets federal spending for all of fiscal year 2023, which began Oct. 1, kneecapping the new Congress not just on budget issues but oversight of the Biden administration and a whole lot more.

Given that Republicans will take the House majority Jan. 3, the Senate Republicans who signed on to this bill effectively are saying they would rather that a fully Democrat-controlled Congress negotiate its final shape.

The Wall Street Journal’s Kimberley Strassel called the omnibus “one of the ugliest, least transparent bits of lawmaking I’ve ever seen”—which is saying something, given the usual nonsense on Capitol Hill. It’s that and much more.

If you’ve been following our work here at The Daily Signal, you know that the omnibus spending bill is filled with a huge amount of garbage. On top of the raw dollars at stake, it will fund all kinds of woke nonsense.

Just look at this Twitter thread from Rep. Chip Roy, R-Texas, on 55 out of thousands of earmarks attached to the omnibus. It’s like looking down a bottomless well of lunacy.

This is about more than just funding, too. The omnibus makes substantial changes to health care laws, government agencies, and the election process that will affect Americans for years to come.

One would think that this kind of legislation would merit more consideration than a last-minute term paper submitted by a hungover college freshman.

Despite all this, McConnell, as Senate minority leader, has insisted that Republicans are getting a good deal here.

Republicans who support the bill argue that the omnibus deal is a win because they increased some defense spending and got a cut in nondefense domestic spending.

But as Sen. Ron Johnson, R-Wis., points out, even this is a shallow victory. Because of inflation, the amount of money appropriated for defense is worth a good deal less than before the explosive inflation of the past two years.

You know it’s bad when Republicans are celebrating a 2% cut to the funding for the extensive IRS expansion. Great work; the republic is saved.

Some argue that, politically, it’s a good thing for Republicans that they caved on this bill. After all, the GOP got at least some things it wanted, and the last-minute deal prevented a government shutdown in the new year, the argument goes.

But that argument is based on a flawed premise.

In my observations of American politics over the past decade, the ironclad rule of Washington seems to be that whenever the government shuts down, the Republican Party pays the price. According to this view, the public will side with Democrats who want to spend more money, and it’s best to give them what they want to avoid bad press and defeats at the ballot box.

To my mind, this is a convenient excuse for Republican leadership that isn’t really concerned about reining in spending and is happy to get a few scraps at the table rather than resist the radicalism from the other side of the aisle.

AP Stylebook recommends against ‘dehumanizing ‘the’ labels,’ like ‘the French,’ then deletes post due to ‘inappropriate reference to French people’
Joe Biden to End Covid-19 Emergency Declarations on May 11
Alliance of Big Tech, Dark Money Groups Partners With Counties in State That Bans ‘Zuckerbucks’ for Elections
General Motors doesn’t expect significant U.S. production of EVs until second half of year
China Accuses U.S. of ‘Reckless Warmongering’ After Leak of Memo Predicting War With Beijing by 2025