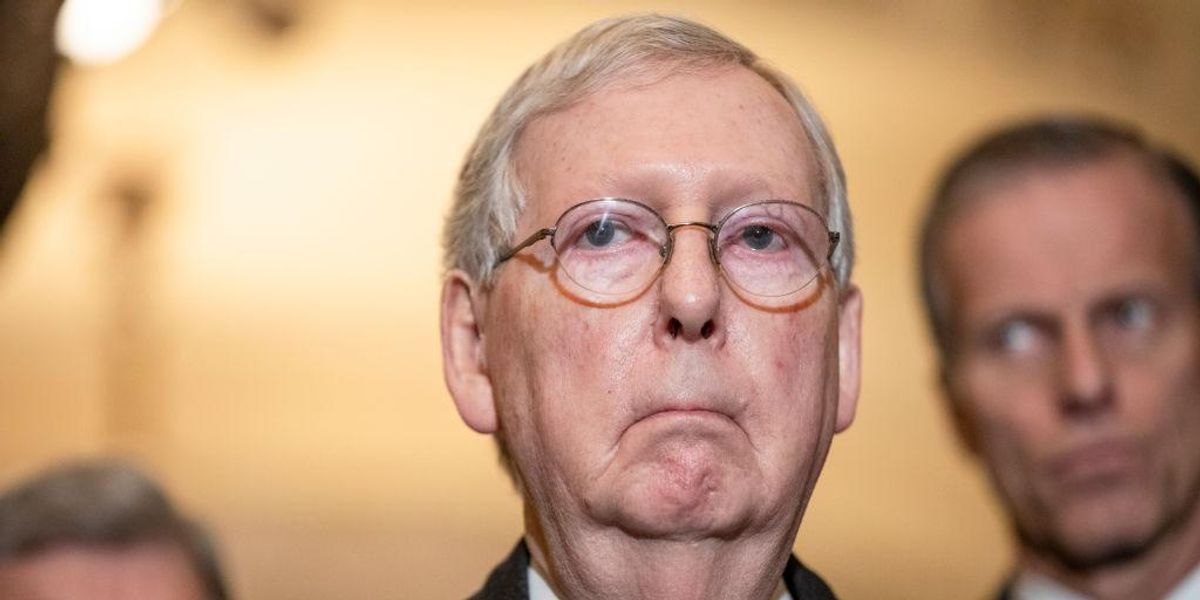 Eighteen Republican senators voted with Democrats on Thursday to pass a massive spending package of around $1.7 trillion.

The
list of Republican senators who voted for the omnibus includes:

The mammoth measure that runs thousands of pages long cleared the chamber in a 68-29 vote and will need to clear the House before heading to President Biden’s desk.

“There’s no way that anybody has read this bill that we just voted on,” GOP Sen. Rick Scott of Florida said in a video posted on social media — he described the spending measure, which he voted against, as an “inflation bomb.”

u201cI voted AGAINST the $1.7 TRILLION spending bill because I promised Florida families I’d fight every day to make Washington work for them. nnThis reckless inflation bomb is a disaster for our economy and a slap in the face to Floridians struggling to make ends meet.u201d

“Due to the disastrous polices of Joe Biden and Congressional Democrats, inflation is out of control, the border is wide open, and crime is soaring,” GOP Sen. Ted Cruz of Texas said in a
statement. “This $1.7 trillion spending boondoggle will drive inflation and prices even higher. For the sake of Texan and American families I voted no.”

“It is the height of recklessness for Senate Republican leadership to cut a deal with House Democrats who were just voted out of power and give away the leverage that the incoming Republican majority in the House of Representatives could have used to force the Biden administration to change course on policies that are harming America,” Cruz noted.

Romney, who voted for the measure, said that he would have liked it to have been less costly.

“I wish the number were smaller, but I am convinced that if we were to reject this budget and kick the can down the road until next year, we would end up having to spend even more,” the Utah Republican said, according to a
press release. “The process for government funding must change in the next Congress, and allow for individual appropriations bills to be voted on in regular order, instead of being combined into large catch-all bills which force us to vote for the bad to get the good. I remain committed to working with my colleagues to change this process in order to ultimately rein in our deficit and reduce our debt.”

NY Times Smears Scientist on Front Page for Daring to Defend Gas Stoves
CCP Media in Español? Telemundo, Univision Say China Spy Balloon “Not a Threat”
How US shot down China’s ‘spy balloon’ with a single missile – and what was likely on it
US shoots down Chinese ‘spy balloon’
Amazon scales back cargo flying as demand cools, contractor says