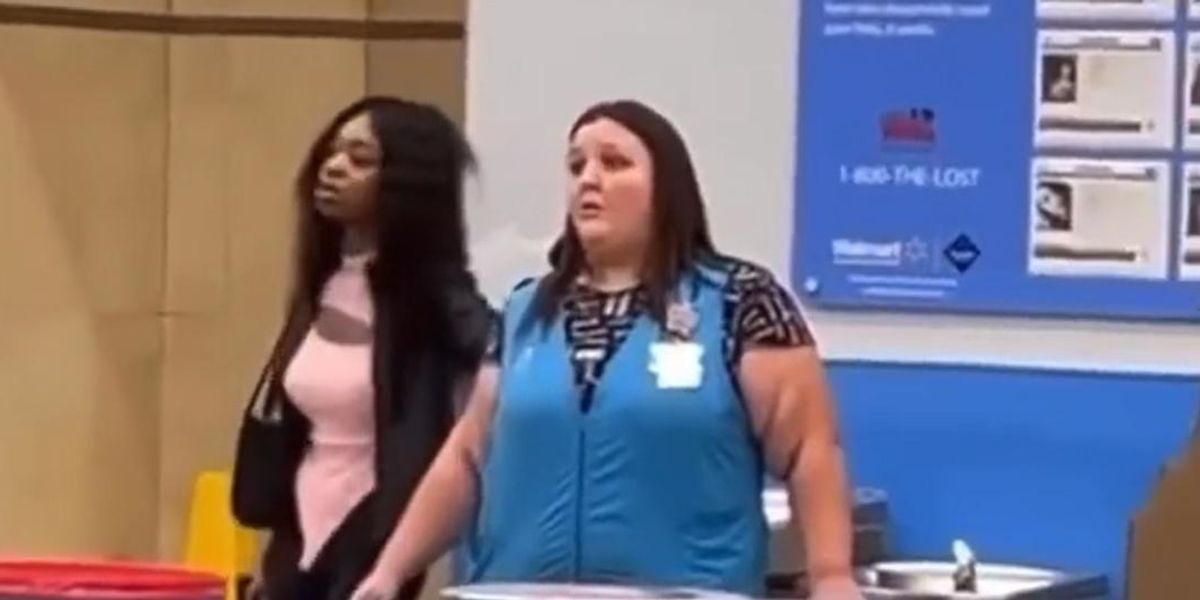 Holiday merriment quickly dissipated in a Mississippi Walmart on Wednesday when an armed woman took an employee hostage. On account of the quick thinking and good marksmanship of Richland police, that employee will get to see Christmas day.

Police initially responded to an incident involving a weapon around 5:45 p.m. at a Walmart in Richland off U.S. 49, reported WJTV. The matter soon devolved into a hostage situation.

Witnesses told WAPT that an agitated customer got into a confrontation with an employee in the customer services department.

The suspect, identified as 21-year-old Corlunda McGinister of West Helena, Arkansas, can be seen in footage of the incident pressing a handgun to a female Walmart employee, who appears wide-eyed and petrified.

Between semi-coherent outbursts, the suspect yanked the employee around by her uniform, with gun in hand.

u201cViral video posted to TikTok showed an apparent hostage situation unfold at a Walmart in Richland, Mississippi. A woman held a Walmart employee at gunpoint. News reports indicate the suspect was shot dead by police. No other injuries were reported. ud83dudcf9: 504bigmamau201d

In a longer version of the video, the suspect can be heard yelling, “Everybody do what I say” and repeatedly asking for a news anchor.

The individual who captured the ordeal on camera yelled out, “Let her go.”

“We’re not doing this, good cop,” the suspect answered back.

Police appear towards the end of the longer video with their guns drawn. They calmly asked the suspect to put her hands up and her gun down.

Refusing to do either, the suspect then claimed, “They trying to kill me.”

Although officers reassured her they had no such intention, the suspect neither released her hostage nor surrendered her weapon.

One shopper noted that as she tried to enter the Walmart, a mass of people began rushing out, some instructing others to leave.

“Of course we ran out. And it was just horrifying and then we heard the gunshot,” said the witness.

Police fired on the suspect, thereby killing McGinister, restoring order, and saving the hostage. No one else was injured.

Around 9:20 p.m., the Richland Police Department issued a statement on Facebook indicating that “all of our officers are safe! Walmart is secure and closed at this time. [The Mississippi Bureau of Investigation] will be conducting an independent investigation.”

Walmart employees have suffered a bad turn of luck in recent weeks.

On Nov. 22, a manager at a Walmart store in Chesapeake, Virginia, went on a shooting spree, killing six people in the breakroom and then turning the gun on himself.