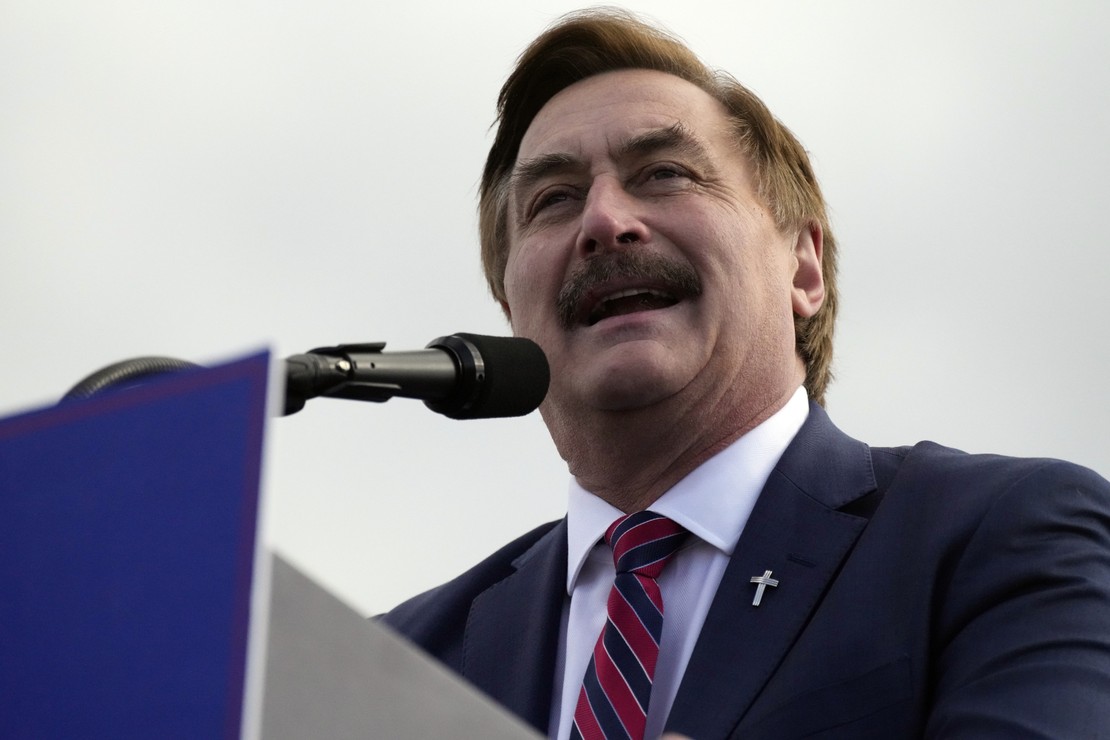 I was never a huge fan of the MyPillow, but I was thrilled when Mike Lindell became an outspoken supporter of Donald Trump’s leadership and his reelection. Now, I really wish he’d just go back to selling pillows. Many of us were disappointed at the 2020 election, especially considering the countless allegations of fraud and irregularities that went uninvestigated, but Lindell really crossed a line in July of 2021 when he predicted that Trump would be back in the White House by August.

While I do agree that there was substantial election fraud and that it likely altered the outcome of the 2020 election, for me, that was Lindell’s jump-the-shark moment, yet it seems like he continues to say and do things that make me cringe.

Last month, he announced his intention to run for RNC chairman. As much as I agree that Ronna McDaniel needs to go, I know that Mike Lindell is not the person to replace her. Aside from his steadfast support of Trump, the left’s attempt to cancel him, and his position on the 2020 election, what has he done to prove himself to be an effective chairman of the RNC?

Get back to me when you have an answer to that.

Lindell’s bid for RNC chairman proves he has no intention of fading away from the political arena, and, I’m sorry to say, it’s continuing to make him go a little nutty.

Why do I think this? Because this week, Lindell claimed he does not “believe” that Miami-Dade County voted for Florida Gov. Ron DeSantis in the 2022 midterms and will investigate what happened.

“Because that was historical, normally Republicans don’t win that county,” Howse pointed out.

“I don’t believe it,” Lindell said.

There hasn’t been a shred of evidence or even a serious allegation that the flipping of Miami-Dade County was anything but an organic political shift. It happens all the time — counties and states flip from election to election. George W. Bush won Florida twice. Barack Obama won Florida twice. Trump won Florida twice. Since being elected governor, DeSantis has managed to increase Republican registration in the Sunshine State. Experts agree that Florida is becoming a solidly red state.

So what’s up with Lindell’s lack of faith in the results in Miami-Dade County?

Lindell admitted that he wants to prove that his motivation to ensure election integrity isn’t partisan, so he’ll look at a Republican “just like we always tell you about Democrats where they stole their elections.”

Of course, that’s only part of it. Lindell has another motivation to suggest that DeSantis’s victory was tainted: to boost Trump.

As a die-hard Trump supporter, Lindell is certainly all in on Trump’s 2024 presidential bid. While Ron DeSantis hasn’t declared his candidacy yet, he’s nevertheless a threat to Trump in a potential primary, as polls have shown of late. The results of Miami-Dade County wouldn’t even change the outcome of DeSantis’s overwhelming victory, yet, by leading the charge over baseless claims that DeSantis’s victory in the county wasn’t legit, he’s deliberately trying to taint the popular governor before the 2024 primaries heat up.

Go back to running your business, Lindell.