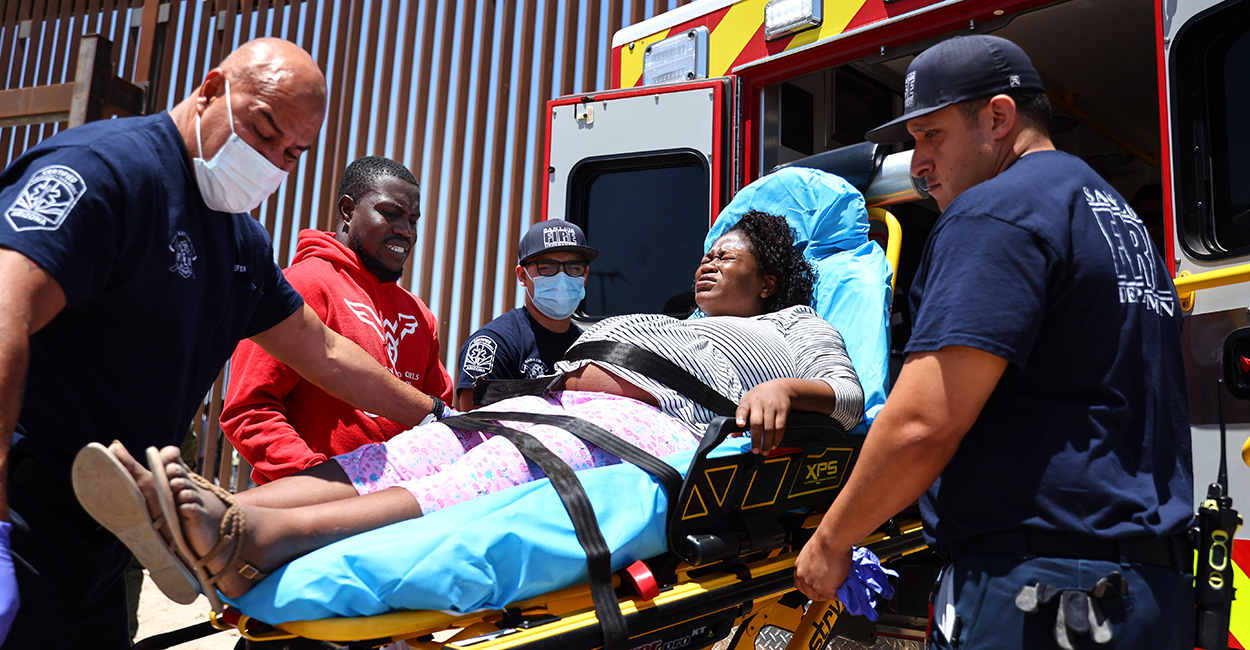 A hospital in Yuma, Arizona, is owed $20 million for medical services provided to illegal immigrants.

“We’ve calculated that over a six-month period, from December 2021 to May 2022, we had $20 million in charges that we’re unable to bill anyone for, for services we provided to migrants alone,” Dr. Robert Trenschel, president and CEO of Yuma Regional Medical Center, told The Daily Signal during a phone interview Wednesday.

Yuma Regional Medical Center, about 185 miles southwest of Phoenix, has a large hospital with 406 beds, but “we’re the only one here,” Trenschel said.

Trenschel says his staff provides the same quality of medical care to everyone, no matter who they are, but it is “unsustainable” for his hospital to continue treating illegal aliens without receiving payment.

Five to 10 illegal aliens come into the emergency department at Yuma Regional Medical Center each day, the CEO said, adding that medical treatments range from dialysis to cardiac surgery.

The hospital CEO said he has reached out to state leaders, members of Congress, and other federal leaders, but “there’s just no response.” While these officials appear sympathetic about the hospital’s situation, no action has been taken to pay the $20 million bill, Trenschel said.

The Daily Signal sought comment from the Department of Homeland Security and the White House, but did not receive a response by publication time.

U.S. Customs and Border Protection’s Yuma Sector Arizona covers 181,670 square miles near the southern border. Border Patrol agents in the sector are responsible for protecting 126 miles along the border with Mexico.

Border Patrol for the Yuma sector reports on its Facebook page that agents arrested 6,400 illegal aliens the week of Nov. 27 to Dec. 3. The week prior, agents made more than 5,900 arrests.

Jonathan Lines, a Republican on the Yuma County Board of Supervisors, told The Daily Signal that it’s common for migrants to cross the border unlawfully and then call 911 to receive medical care.

Lines, who was at the border in Yuma on Wednesday morning, said he saw two ambulances on the scene because “people were complaining of medical emergencies.”

All of Yuma County is feeling the effects of illegal immigration, Lines said.

“I spoke with Border Patrol [Monday] and they indicated that they were 170% to 180% overcapacity at the processing center,” the Board of Supervisors member said.

Only one processing center serves the Yuma sector, Lines said, and it is intended to hold 2,000 migrants, but currently accommodates nearly 5,000.

“It’s a stand-up facility and it’s probably costing the taxpayers $7 million to $10 million a week,” he said.

If the number of illegal aliens crossing from Mexico into Yuma County increases, the Border Patrol may be forced to conduct street releases, meaning migrants would be released into the streets of Yuma after being processed. These migrants usually are housed in a processing center until transportation can be arranged to take them to their final destination inside the U.S.

The number of illegal crossings on America’s southern border is expected to increase with the end of Title 42, a public health measure that allowed Border Patrol to quickly expel illegal aliens during the COVID-19 pandemic. The Supreme Court is considering the measure’s future, but the Biden administration has asked that Title 42 end Dec. 27.

If Title 42 is lifted, “it will completely break the system,” Lines said.

“We’ve invited the [Biden] administration to come and look at [the border],” he said. “They’ve never been here, which is ridiculous.”

President Joe Biden has not visited the border since taking office in January 2021. Biden traveled to Arizona earlier this month to visit a building site for a new computer chip plant.

Before Biden departed the White House, Fox News’ Peter Doocy asked the president why he wouldn’t be traveling to the border on his trip.

“Because there are more important things going on,” Biden replied.

The Biden administration’s handling of border security constitutes “malfeasance,” Lines argued, because the situation is “putting people’s lives and businesses and property at risk.”