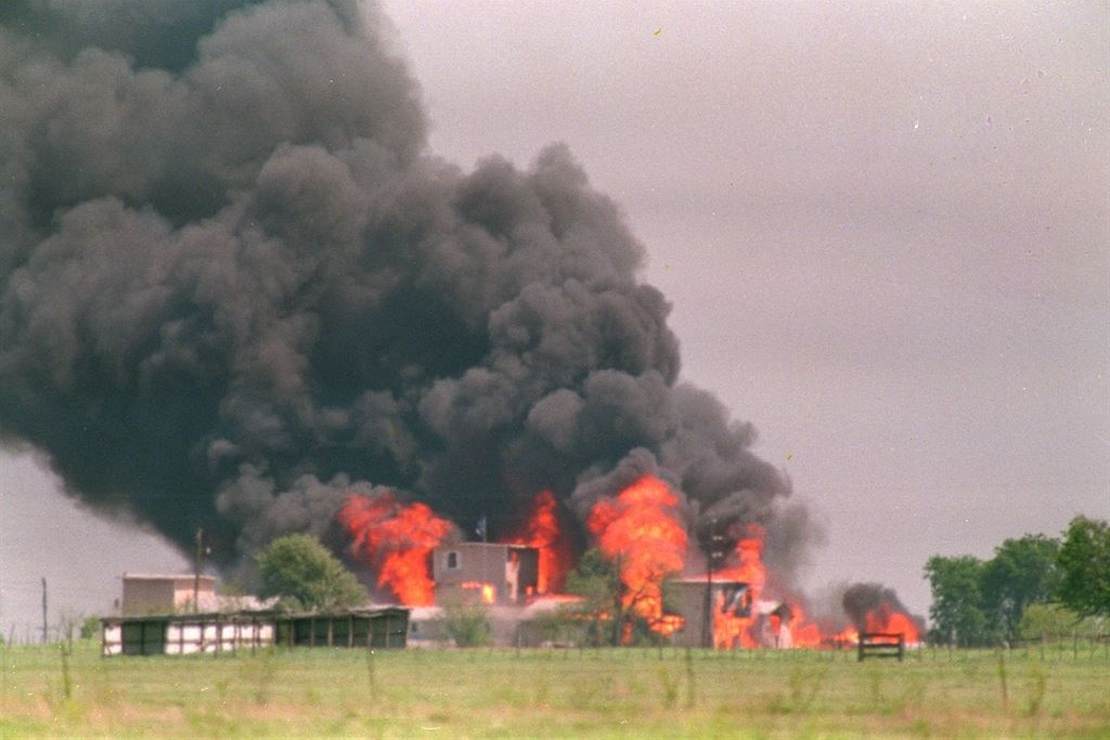 Over the last several years, we’ve been inundated with news showing the overreach and abuses of federal agencies — in particular, the Federal Bureau of Investigation. Recent revelations in the Twitter Files — exposed by owner Elon Musk and his team of investigative journalists — demonstrate that the FBI, among other things, helped to censor the Hunter Biden laptop story, embedded agents within social media companies, and used the platforms to spread state-created propaganda. We’ve also seen, over the last few years, excessive, dangerous raids on pro-life Christians and others who refuse to go along with The Narrative. To make matters worse, the agency has gone woke and even refuses to call out terrorism. And, of course, there was the armed raid on Donald Trump’s Mar-a-Lago home.

For the last 50 years, we’ve been conditioned by media and Hollywood to believe that the FBI is a heroic institution that is beyond reproach. The FBI has been portrayed in movies, books, and TV series as true-blue Americans who would rather die than compromise their principles. While most FBI agents are likely dedicated law-enforcement agents who get up and go to work every day trying to stop the bad guys, there are many, especially within the bureaucracy (it’s literally in the name!), who have other goals and motives — namely to help Democrats win elections and to oppose those who support traditional American values.

Back in 1994, then-Congressman Ron Paul (L-Texas) — father of Sen. Rand Paul (R-Ky.) — warned us about the dangers of the police state in a floor speech.

He began by pointing out that “many Americans justifiably feared their own government.”

“This fear has come from the police state mentality that prompted Ruby Ridge, Waco, and many other episodes of an errant federal government,” he said. “Under the Constitution, there was never meant to be a federal police force. Even an FBI limited only to investigations was not accepted until this century, yet today, fueled by the federal government’s misdirected war on drugs, radical environmentalism, and the aggressive behavior of the nanny state, we have witnessed the massive buildup of a virtual army of armed regulators prowling the states where they have no legal authority.”

Indeed, “The sacrifice of individual responsibility and the concept of local government by the majority of American citizens has permitted the army of bureaucrats to thrive,” Paul explained. “We have depended on government for so much for so long that we as a people have become less vigilant of our liberties.”

Related: The FBI Raids Another Pro-Life Activist’s Home on Charges Trumped up by the DOJ

He noted that special interest lobbyists are hell-bent on redistribution of wealth, “which occupies most of Congress’s legislative time.” “While Congress and the people concentrate on material welfare and its equal redistribution, the principles of liberty are ignored, and freedom is undermined.”

Not only that, but “enforcement of the intervention state requires a growing army of bureaucrats. Since groups demanding special favors from the federal government must abuse the rights of property of those who produce wealth and cherish liberty, real resentment is directed at the agents who come to eat our substance, the natural consequences for the intruders to arm themselves to protect against angry victims of government intrusion.”

Paul pointed to an article by Joseph Farah of the Western Journalism Center of Sacramento, Calif.

Farah points out that in 1996 alone, at least 2,439 new federal cops were authorized to carry firearms. That takes the total up to nearly 60,000. Farah points out that these cops were not only in agencies like the FBI, but include the EPA, the U.S. Fish and Wildlife, the Army Corps of Engineers. Even Bruce Babbitt, according to Farah, wants to arm the Bureau of Land Management. Farah logically asks, when will the NEA have its armed cops.

Not surprisingly, Bureau of Land Management rangers are now authorized to carry firearms:

The Federal Land Policy and Management Act specifically gives BLM law enforcement officers traditional police powers such as enforcing federal laws, carrying firearms, serving search warrants, making arrests with or without a warrant and conducting searches of places or people with or without a warrant in accordance with applicable laws and seizing evidence. [Emphasis added]

Oh, and while the National Endowment for the Arts doesn’t yet have “armed cops” (not that we’re aware of, anyway), the Smithsonian does, as does the National Gallary of Art.

The Department of Education has a SWAT team. The Heritage Foundation:

Add the U.S. Department of Education to the list of federal agencies that can invade your home at gunpoint and hold you and your family in custody for hours.

Kenneth Wright learned this the hard way last week, when federal “education” agents busted down the front door of his Stockton, Calif., home at 6 in the morning.

“They surrounded the house; it was like a task force or SWAT team,” a neighbor told a national news affiliate. “They all had guns. They dragged him out in his boxer shorts, threw him to the ground and handcuffed him.”

Wright’s terrified children — ages 3, 9 and 11 — were forced to sit in a patrol car for two hours. Wright himself was in custody for six hours. “I felt really bad for those kids,” a neighbor said.

Federal agents for the Education Department’s inspector general executed a very broad search warrant and seized paperwork and a personal computer. Wright says the law enforcement agents — who reportedly included 13 with the Education Department and one or two Stockton police officers — told him they were investigating his estranged wife’s use of federal aid for students. But she doesn’t even live in his house.

The number of federal agents is now in excess of 200,000, according to an OpentheBooks oversight report — a force large than the U.S. Marine Corps. The investigation found that “One hundred three executive agencies outside of the Department of Defense spent $2.7 billion on guns, ammunition, and military-style equipment between fiscal years 2006 and 2019 (inflation adjusted). Nearly $1 billion ($944.9 million) was spent between fiscal years 2015 and 2019 alone.”

“This is a dangerous trend,” Paul warned back when there were only a few thousand armed federal agents. “It’s ironic that the proliferation of guns in the hands of the bureaucrats is pushed by the anti-gun fanatics who hate the Second Amendment and would disarm every law-abiding American citizen. Yes, we need gun control, we need to disarm our bureaucrats, then abolish the agencies. If government bureaucrats like guns that much, let them seek work with the NRA.”

“Force and intimidation are the tools of tyrants. Intimidation with government guns and the threat of imprisonment and the fear of harassment by government agents put fear into the hearts of millions of Americans.” He recalled that Paula Jones, who accused Bill Clinton of sexual harassment, received notice that she was being audited by the IRS four days after refusing a settlement in the case. “The administration’s denial that the audit is related to the suit is suspect, to say the least,” said Paul. “Even if it is coincidental, don’t try to convince the American people. Most Americans, justifiably cynical and untrusting toward the federal government, know the evidence exists that since the 1970s, both Republican and Democratic administrations have not hesitated to intimidate their political enemies with IRS audits and regulatory harassment.”

“Even though the average IRS agent doesn’t carry a gun, the threat of incarceration and seizure of property is backed up by many guns,” said the congressman. Earlier this year, we learned that the IRS planned to hire 87,000 new agents — and some of them will be authorized to carry firearms.

“All government power is ultimately gun power and serves the interests of those who despise or do not comprehend the principles of liberty. The gun in the hands of law-abiding citizens serves to hold in check arrogant and aggressive government. Guns in the hands of bureaucrats do the opposite. The founders of this country fully understood this fact,” Paul concluded.

Ron Paul saw what was happening way back in the early part of the 1990s, but he may as well have been screaming into the void. Nobody with the power to rein in the Deep State has been able to make a dent in its numbers or police-state powers. Until that changes — until we have a president who is able to stand up to the bureaucrats and remove their unprecedented power, every American, even the law-abiding among us, must fear a knock on the door in the middle of the night — or the sound of agents breaking down their door, guns drawn, and ready to shoot.

As the FBI is exposed again as a rogue agency, here’s @RonPaul in 1997 warning of the burgeoning police state and the unjust authority given to agencies by both Democrats and Republicans:

“Yes, we need gun control: we need to disarm our bureaucrats then abolish the agencies” pic.twitter.com/CI4oHjdGVn