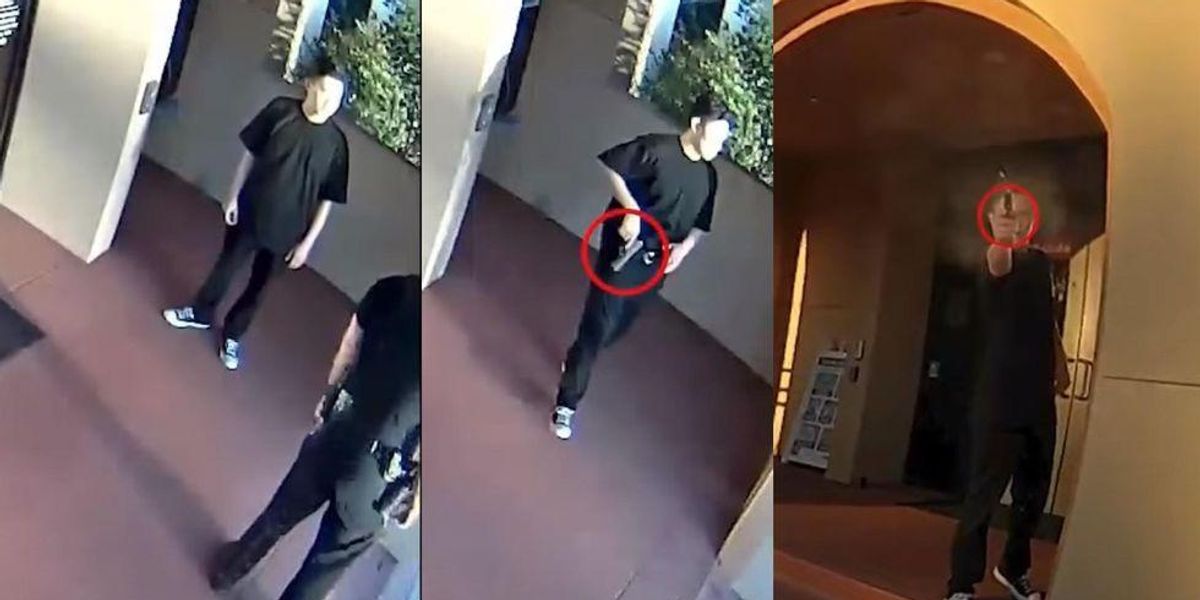 California police released shocking body camera footage showing an attack on officers in front of a police station in the city of La Habra.

The video footage was from a lethal incident that took place on August 6, 2021, after a woman called police at about 7 p.m. to report a man following her on the freeway. She drove to the La Habra police station and he followed her.

“I’ve been making turns, and he’s following me,” the woman said in the call to the 911 operator. “Every time I switch a lane, he follows me.”

When they arrived at the station, the man got out of his car and walked to the foyer where police tried to talk to him from the intercom.

Moments later, the body camera footage from La Habra police officer Mark Milward showed him walking up to the station where 22-year-old Matthew-Tuan Ahn Tran was standing in the foyer. Milward was accompanied by another officer, Abigail Fox.

Surveillance video from the station showed Milward briefly talk to Tran, who denied following the woman.

Milward walked away, and seconds later, he turned to see Tran shooting a gun at him. Tran fired off two shots at Milward.

Fox then returned fire at Tran, who died at the scene. The officer fired five times and shot Tran in the head, the right thigh, and the body.

Milward was hospitalized and released a week later. He had been wearing body armor and suffered minor injuries.

After a months-long investigation, Fox was cleared in the shooting. Prosecutors said the shooting was justified because she didn’t have time to de-escalate the situation or use less-than-lethal force. The prosecutor’s report also said that an autopsy found amphetamine, marijuana, and methamphetamine in Tran’s system.