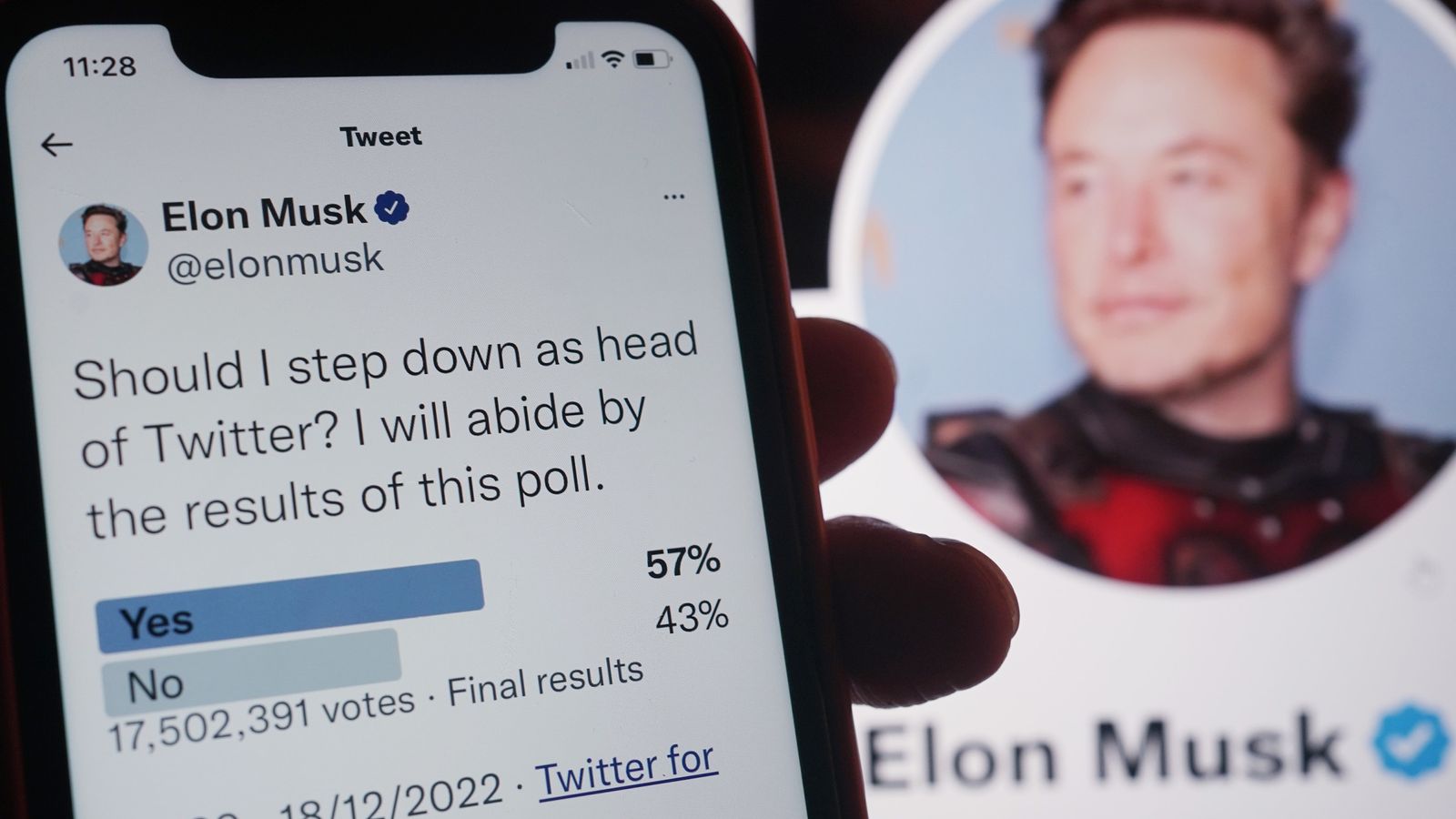 Elon Musk has said he will resign as CEO of Twitter “as soon as I find someone foolish enough to take the job”.

The Twitter boss said following that he would “just run the software and servers teams”.

It comes after Musk launched a poll asking users for their verdict on his tenure, saying he would “abide by the results”.

As the deadline passed on Sunday, 57.5% had voted for him to leave.

The poll was an apparent attempt to draw a line under his controversial reign.

Roughly 20 minutes after he posed the question, as the ‘yes’ vote edged ahead, he added: “As the saying goes, be careful what you wish, as you might get it.”

He added: “No one wants the job who can actually keep Twitter alive. There is no successor.”

Over the weekend Musk turned on the platform’s social media rivals by banning the promotion of their accounts on Twitter.

It meant users could have their accounts suspended, locked or deleted if they posted links to their profiles on other social media sites, including Meta-owned Facebook and Instagram, as well as Mastodon or Donald Trump’s Truth Social.

But, the company later rowed back on its policy, with tweets announcing the move and the support page outlining the rule being deleted.

Twitter published a poll asking: “Should we have a policy preventing the creation of or use of existing accounts for the main purpose of advertising other social media platforms?”

Musk promised to improve Twitter when he took charge by ridding it of fake accounts and improving free speech.

But his actions have lost many major advertisers amid concern about its direction and its ability to pay interest on the $13bn (£11bn) debt Musk took on to buy it.