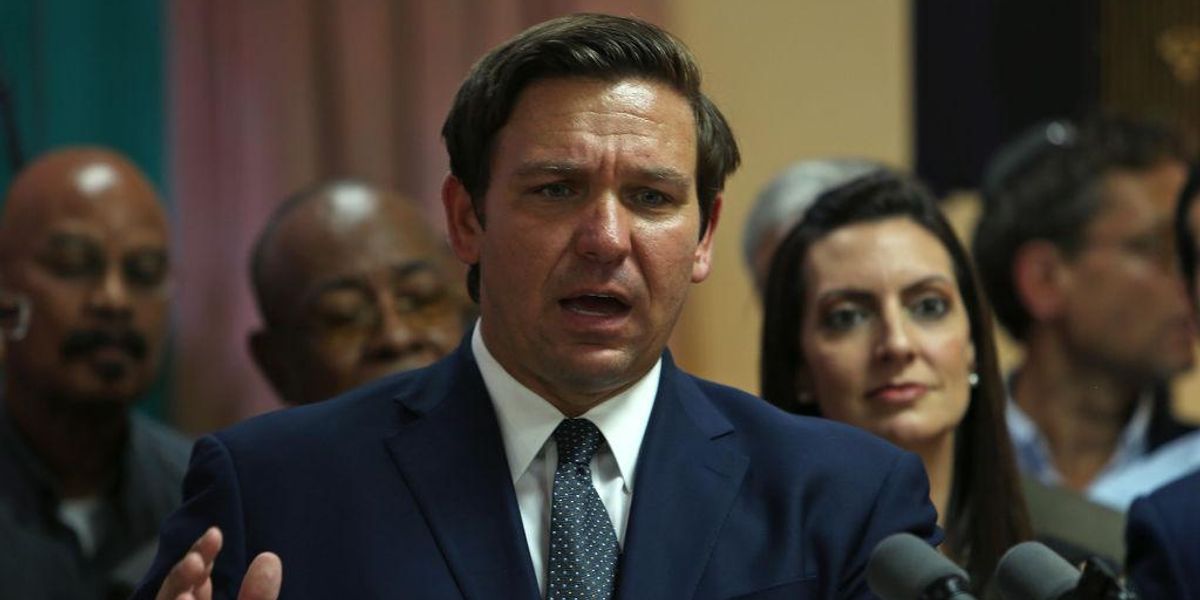 If unions “don’t have a majority that are actually signing up to pay dues, it should be decertified,” Florida Governor Ron DeSantis announced to supporters at a school board retreat in Orlando, Florida.

DeSantis then referred to some unions as “zombie organization[s]” that are siphoning dues off teacher paychecks, as reported by the Florida Standard.

DeSantis expects that a bill focused on “paycheck protection” will soon pass that will put a stop to automatic deductions of union dues from teachers’ checks, alongside an increase in pay.

Teachers can expect “probably the biggest increase for teachers that we’ve ever done in Florida in this coming legislative session,” said the governor.

“It’s not going to be frittered away by interest groups who get involved in the school system,” he added.

DeSantis made several arguments to support his reasoning for ending the automatic deductions, chiefly pointing toward the freedom of choice regarding whether or not someone wishes to be part of a union.

“You do not have to join [a] teachers union. But if you do, the government, we don’t want to play a role in deducting anybody’s money,” remarked DeSantis, mentioning that the move “maximizes” each individual’s freedom of choice.

“I think it will be a more accurate reflection of who actually wants to be a part of this or not,” he continued.

Florida’s largest teachers’ union, the Florida Education Association, is one of the largest labor unions in the region with over 150,000 members. It is partnered with multiple national unions, such as the National Education Association, which on its website lists an array of benefits that it provides to members.

The item on the list that is most likely to turn off DeSantis supporters is the fifth entry, which is to “support the fight for social justice and racial equity.”

The union states that “community allies” need to come together to “address systemic racism.” Otherwise, children will not be able to succeed. The union uses a bargaining strategy they call “Bargaining for the Common Good” or “BCG,” which puts a focus on “racial justice” at the center of its demands.

DeSantis’ remarks were part of what he calls “the Freedom Blueprint,” the strategy he outlined to attending supporters of his broader educational agenda.