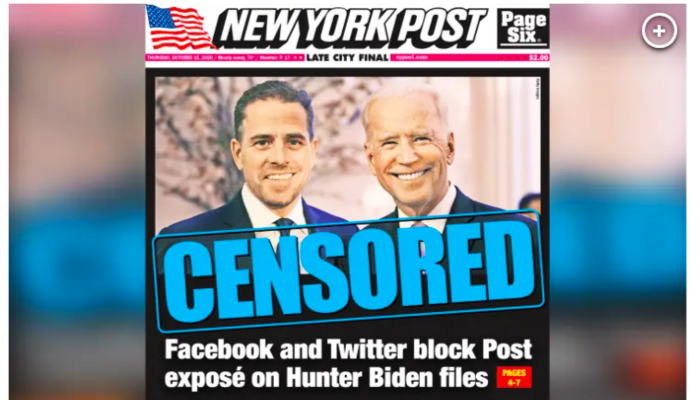 After the final hearing of the Pelosi-picked House January 6 panel, Time magazine sent out an email to its audience, under the headline “Trump should be prosecuted, Jan. 6 Committee declares in historic criminal referral”. To our leftist media elite, everything the Democrats do to promote themselves is “historic.”

Is it surprising to anyone that the House Democrats (and Cheney and Kinzinger) want Trump in an orange jumpsuit? Is it “historic” if the referrals are ignored by the Justice Department?

Obviously, the riot itself is historic, in the worst way. But Time and their media pals would never consider the heavy-handed Hunter Biden scandal censorship “historic,” as in an ever-more-obvious plot to prevent Donald Trump’s re-election. They cannot mentally connect Hunter censorship to January 6, even though that kind of rigging outraged Republican voters of all kinds. You get the sense that journalists get emotional and hyperbolic and imagine that anyone talking about Hunter’s laptop is an honorary rioter.

After all, a few weeks after January 6, Time magazine was boasting of how a coalition of anti-Trump groups organized to “steer media coverage and control the flow of information. They were not rigging the election; they were fortifying it.” 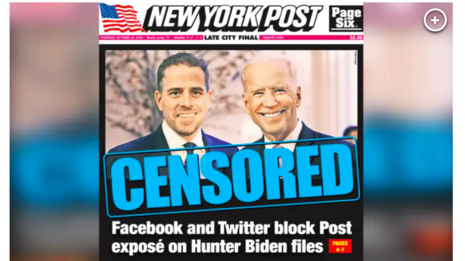 One of the recent “Twitter Files” threads by journalist Michael Shellenberger – a one-time “hero of the environment,” said Time magazine – underlined how much the FBI and other agencies were “fortifying” Biden’s election by suppressing the Hunter Biden story.

In September of 2020, Roth took part in a “tabletop exercise” — a term used by the Department of Homeland Security to describe emergency planning — gaming out a potential “Hack-and-Dump” on Hunter. “The goal was to shape how the media covered it — and how social media carried it,” Shellenberger wrote.

Liberal journalists and media executives were involved. The event was organized by Vivian Schiller, a former top executive at NBC News, National Public Radio, and the New York Times, in addition to Twitter. Attendees included David Sanger and Ellen Nakashima, top national security reporters for The Times and Washington Post.

These people talked themselves into the idea that defeating Trump was a “homeland security” action, and that defending Hunter Biden from media scrutiny about his foreign entanglements was the essence of “fortifying” democracy. We saw the same reflexes in the first impeachment, as if anyone willing to look into Hunter’s business dealings deserved the title of Enemy of the People.

So when the New York Post published their first Hunter-laptop scoop on October 14, 2020, the “emergency” arrived. Roth seemed reluctant to take any action, writing “it isn’t clearly violative of our Hacked Materials Policy, nor is it clearly in violation of anything else.” But his Twitter colleague James Baker – who worked at the FBI and then CNN – pushed back hard, insisting there were “some facts that indicate the materials may have been hacked,” and that “I’ve seen some reliable cybersecurity folks question the authenticity of the emails in another way.”

What happened next was infamous – the New York Post account was suspended for 17 days, and people were suspended for merely trying to link to the Hunter scoops.

Back in the spring, Time magazine lamented Elon Musk was pushing for freedom of expression on Twitter. Their story was headlined “Elon Musk and the Tech Bro Obsession with ‘Free Speech.’” The rich white male “Tech Bros” are somehow failing to share in the media elite’s lust for suppressing scandal and “fortifying elections.”