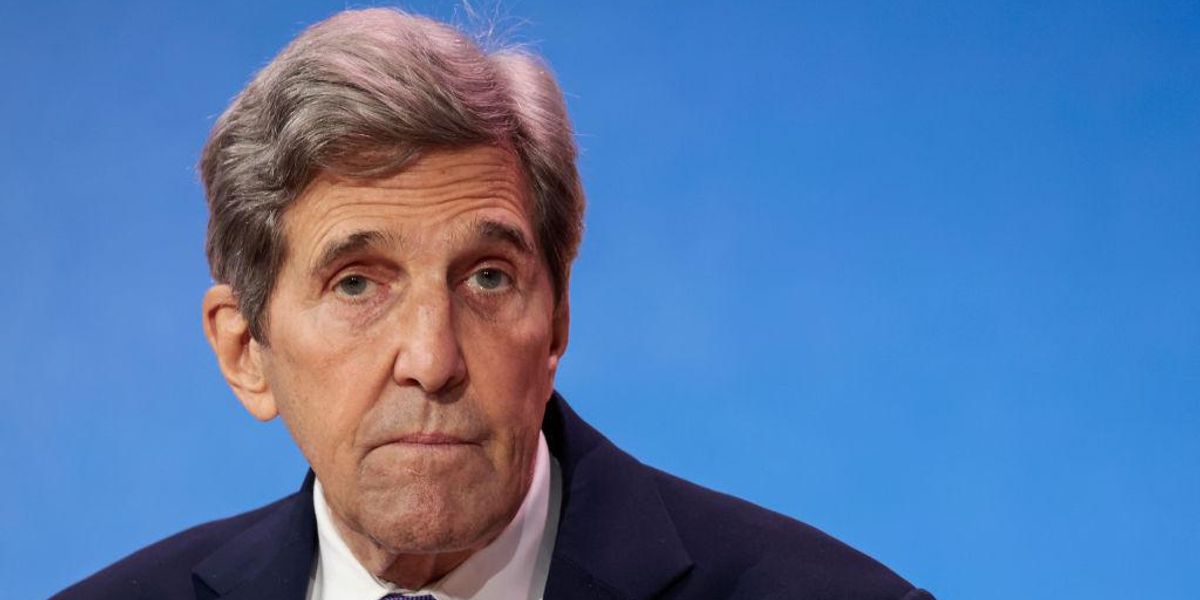 According to internal emails obtained by Protect the Public’s Trust, a government watchdog project, officials from Special Presidential Envoy for Climate John Kerry’s office and the Office of Global Change exchanged emails in March 2021 discussing a proposal to sponsor international journalists.

The Foreign Press Centers, an agency within the Bureau of Global Public Affairs, was lined up to sponsor the reporting tour — “Combating the Climate Crisis Through U.S. Innovation.” The FPC’s mission is to further “global understanding of U.S. policy, society, culture, and values through engagement with foreign media.” In addition, the department provides foreign news outlets with “authoritative American information sources.”

High-ranking State Department officials, whose names were redacted, expressed interest in the program and referred to the idea as “fantastic” and “great.”

“Jean Foschetti at the FPC mentioned this to me about a week ago,” a State Department official wrote in an email. “Sounds like a great reporting tour idea; basically, the FPC will sponsor multiple foreign reporters to have experiences that educate them on reporting on climate change. Can EGC and SPEC take a look and clear?”

“Thanks for sharing … I think this sounds like a fantastic FPC (virtual) reporting tour and I’m looking forward to the stories that will come out of this,” another State Department official responded.

When the State Department announced the program in 2021, it did not reveal that taxpayer dollars would be used to fund it or that foreign journalists would be “sponsored.”

“The American public may be shocked but, unfortunately, not surprised to learn their taxpayer funds are being used to promote climate alarmism around the world,” Michael Chamberlain, director of the PPT, told Fox News Digital. “The State Department should come clean about which foreign publications, articles, and authors they are forcing American taxpayers to fund.”

The virtual reporting tour occurred in May 2021 and ran for two weeks. The tour was intended to “promote the Administration’s goal of prioritizing the fight against climate change through global efforts to reduce emissions,” the State Department stated.

According to the State Department website, 50 journalists were selected from over 125 nominations to participate in the virtual briefings. However, the department did not reveal which journalists or news outlets were sponsored by the program.

Journalists heard directly from government climate officials and were provided custom-created video content. Attendees learned about “foreign policy priorities on the climate crisis, with a focus on emissions, renewable energy, and U.S.-led research and innovation.”

The State Department did not respond to multiple requests for comment, Fox News Digital reported.