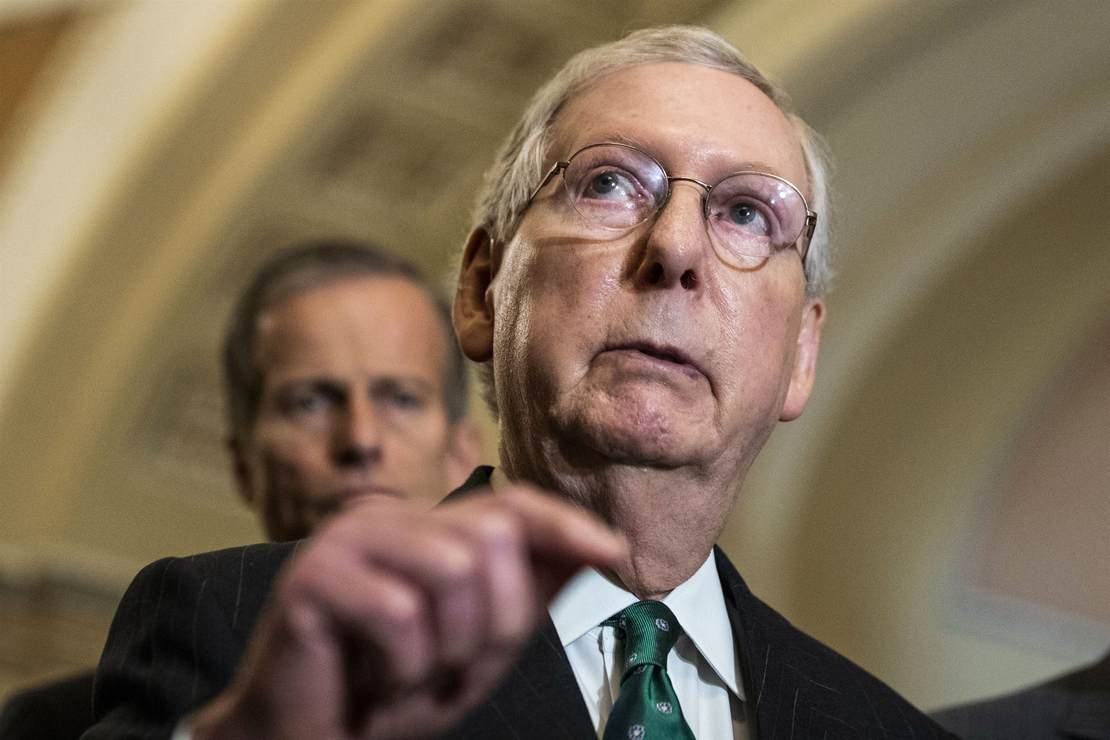 For months, we anticipated a red wave of historic proportions. Republicans were so cocky about it, they scoffed at Democrats who believed that the red wave had been canceled.

And then the red wave was canceled. Republicans not only barely won the majority in the House but they failed to win back the Senate. So what happened? Well, here’s what one analysis says.

Despite the fact that Republicans were believed to be on the verge of winning more seats in the House than they did in the 1994 midterms, they had one of the worst showings for the party out of power in a midterm election in decades. According to a post-election study and analysis by Heritage Action For America, Republicans underperformed because they alienated independents, provided an unclear message to voters, and failed to counter the Democrats’ abortion rhetoric. Making matters worse was the party’s lack of financial resources.

In the close Senate races in Arizona, Nevada, Georgia, Pennsylvania, and Wisconsin, independent voters favored the Democrats by a margin of 50% to 47%. As for House races, 49% of voters voted GOP, while 46% voted Democrat.

“Fifty-one percent of Senate battleground voters disapproved of President Joe Biden while only 4% approved, similar to independents and overall respondents. Republicans received higher approval than Democrats on the economy, crime and immigration with independents and overall respondents,” explains The Daily Caller. “However, Heritage Action found that 54% of independents did not agree that President Biden and Democrats’ government spending have been the main causes of high inflation.”

But here’s the rub: Only 24% of independents thought the main GOP campaign theme was about spending/inflation, and 23% said it was merely opposing Biden. Unfortunately, the Democratic Party’s messaging on abortions and the so-called threat to democracy did more to sway these voters.

Also for our VIPs: Why the Red Wave Never Crested

Abortion was actually more influential in the midterms than polling had suggested. It was important or very important to 61% of midterm voters, including 51% of independents and 53% of Senate battleground voters who said abortion was crucial to their vote. Heritage Action determined that Republicans failed to counter abortion propaganda.

Despite the GOP’s polling advantage, Heritage Action concluded that the Republicans “offered no plan, no agenda, no hint of what they [would] do. In fact, in the Senate they bragged about not having such a thing.”

“Republicans didn’t see the red wave they expected in the 2022 midterms because they fell short in articulating a complete policy agenda for independent voters. This, coupled with their failure to adequately combat the Left’s dishonest messaging on abortion, led to the disappointing election outcome,” Heritage Action Executive Director Jessica Anderson told the Daily Caller. “Though this election was not the red wave conservatives were expecting, it is still clear that the American people trust conservatives to govern on major issues, like the economy. Conservatives should continue to build on this trust and put forth a policy plan the American people can get behind for 2024 and beyond.”

I’m not sure this makes me feel any better. We joke a lot about how Republicans often “snatch defeat from the jaws of victory,” but finding out this is in fact true is disheartening, because Republicans clearly had a path to a resounding victory and they squandered it. Even the GOP messaging on abortion was bad because they failed to prove that Democrats are too extreme on the issue.

Of course, part of the problem is that the mainstream media pushes Democrat talking points like it’s legitimate news. But that has been the case forever, and Republicans should have adapted by now.