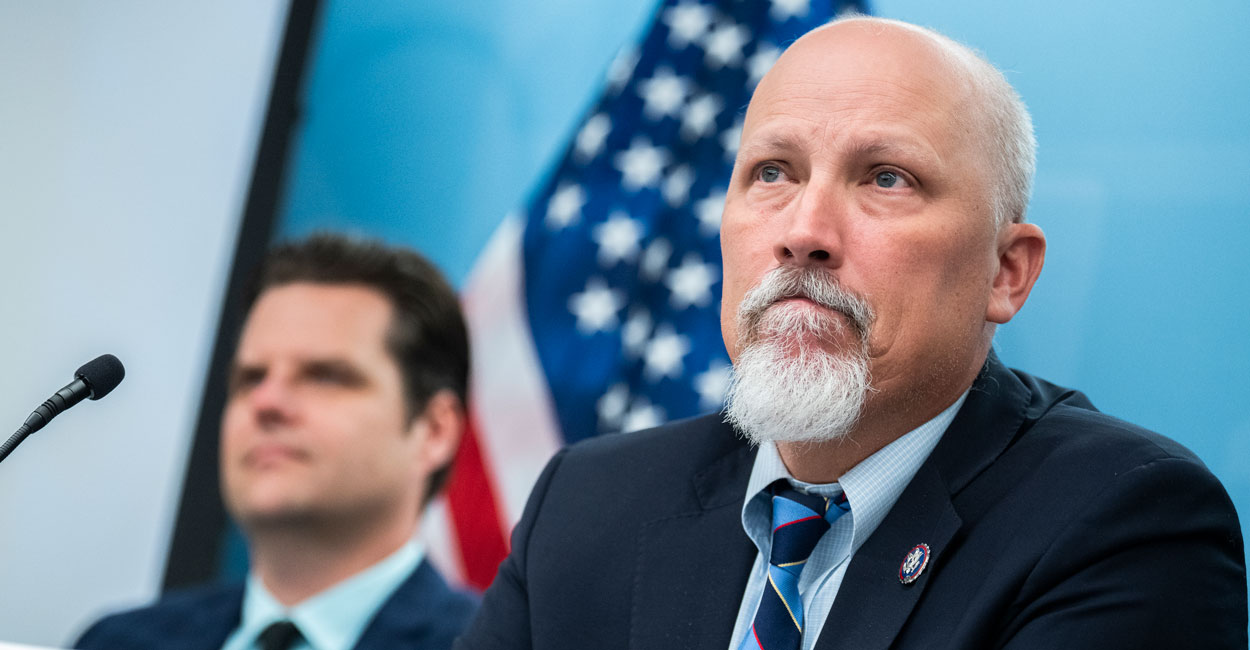 A group of House conservatives is promising to oppose and stymie the legislative priorities of any Republican senator who votes in favor of the $1.7 trillion omnibus spending bill this week.

The warning shot, delivered via a letter from 13 conservatives Monday night, comes amid rising tensions between Republicans in the House and Senate. In just two weeks, Republicans will control the U.S. House of Representatives, yet passage of the spending bill would severely curtail their efforts to conduct meaningful oversight and hold the Biden administration accountable.

“Senate Republicans have the 41 votes necessary to stop this and should do so now and show the Americans who elected you that they weren’t wrong in doing so,” the lawmakers wrote. “The American people did not elect us—any of us—to continue the status quo in Washington, as this bill will undoubtably do.”

The letter cites several policy areas where House Republicans want to use the “power of the purse” as leverage with the Biden administration. But if at least 10 Republican senators join with Democrats to approve the omnibus spending bill, that leverage evaporates.

>>> Republicans About to Willingly Give Up Their Oversight Leverage Over Biden

In their Monday letter, the 13 House conservatives vowed to “oppose and whip opposition to any legislative priority of those senators who vote for this bill—including the Republican leader.”

“We will oppose any rule, any consent request, suspension voice vote, or roll call vote of any such Senate bill, and will otherwise do everything in our power to thwart even the smallest legislative and policy efforts of those senators,” they added.

With the narrow margin in the House—expected to be 222 Republicans and 213 Democrats in the 118th Congress—just a handful of conservatives could stymie a senator’s priorities.

Trump Exposed His Fear of DeSantis in 2024
College Board admits defeat at the hands of Ron DeSantis, and liberals are outraged: ‘A win for fascist intimidation’
Find Out Which Companies Promote Leftism
Al Qaeda member and direct subordinate of 9/11 architect released from Guantanamo Bay by Biden administration
Diplomatic row between China and US escalates as Pentagon says second ‘spy balloon’ being tracked