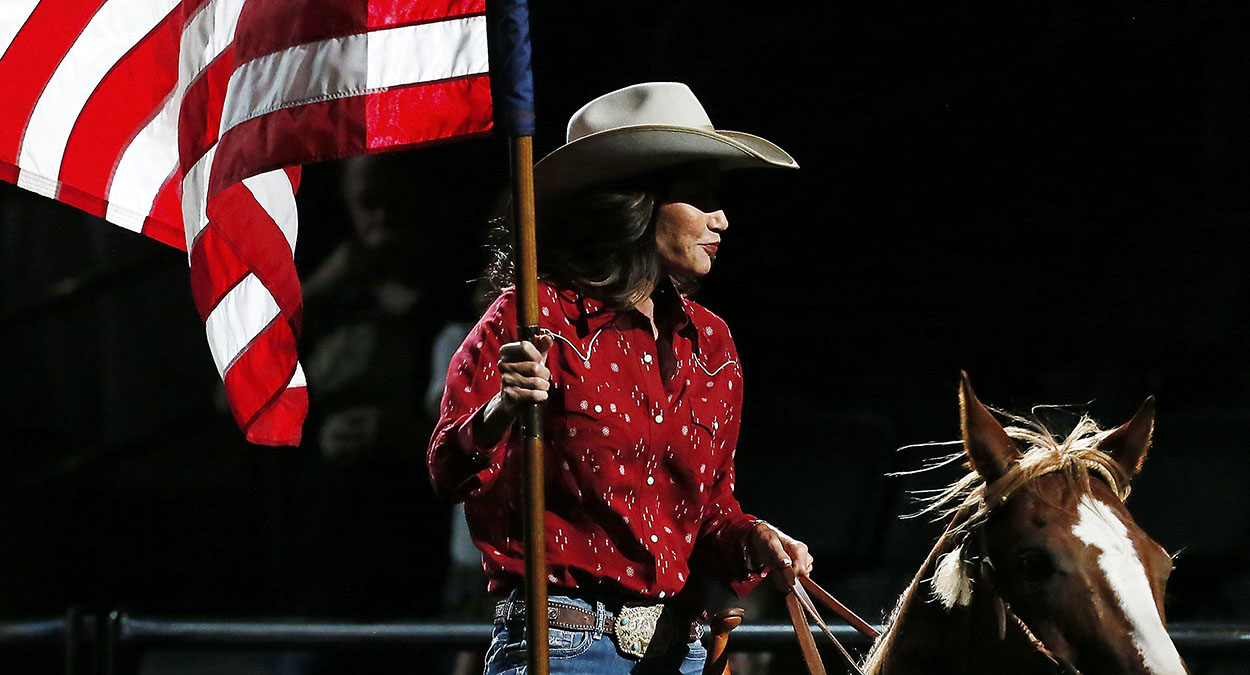 FIRST ON THE DAILY SIGNAL—Conservative leaders at 11 different national and state organizations sent a letter to South Dakota Republican Gov. Kristi Noem, commending her for terminating a state health department contract with a transgender activist group but also urging her to forcefully condemn the gender ideology at the center of an upcoming summit in her state and launch an investigation into state funds to promote controversial transgender medical interventions.

“We call on you to take action as Governor of South Dakota and set an example to others to stop this pernicious trend deceiving our youth today,” the conservative leaders wrote in a letter sent Tuesday and exclusively provided first to The Daily Signal. “Telling kids they may be born in the wrong body is a self- destructive prophecy that is inflicting countless wounds on youth today.”

The letter zeroes in on the third annual Midwest Gender Identity Summit, which will take place Jan. 13 at the Sanford Research Center in Sioux Falls, South Dakota. Sanford Health, the host of the event, claims to be “the largest rural health system in the United States.” It serves more than 1 million patients and 220,000 health plan members across 250,000 square miles. It operates 47 medical centers and employs 2,800 physicians.

Sanford will host  The Transformation Project, which puts forth as its mission “supporting and empowering transgender youth.” The project celebrates controversial medical interventions for minors and hosts events in which people ritually “burn” their “old name or pronouns.”

When The Daily Signal reached out to Noem’s office for comment on the summit, the governor announced that the health department had terminated a contract with The Transformation Project. Ian Fury, Noem’s chief of communications, told The Daily Signal that the “contract was signed without Gov. Noem’s prior knowledge or approval.”

“South Dakota does not support this organization’s efforts, and state government should not be participating in them,” Noem told The Daily Signal in a statement provided by Fury. “We should not be dividing our youth with radical ideologies. We should treat every single individual equally as a human being.”

Fury sent The Daily Signal a copy of the document dissolving the state contract.

On Monday, Noem announced that the state health secretary was retiring. While Noem’s statement did not mention The Transformation Project contract in that announcement, the timing suggests it played a key role in the secretary’s ouster. Noem had appointed her in March of this year.

“We commend your action directing the Department of Health to cancel its contract with The Transformation Project as an acknowledgment of the state’s reckless engagement in trans ideology,” the conservative leaders wrote. “By sponsoring this event, Sanford Health also is an accomplice in teh destructive agenda of promoting radical gender ideology. Ideologues promoting this ideology claim that children can be born in the wrong body and that doctors should ‘treat’ this belief with drugs and surgeries to affirm that deception, rather than helping children reconcile with their bodies.”

The conservative leaders condemned The Transformation Project’s impact on society, writing that it promotes “the lie that men can be women, boys can be girls, that some people are even ‘non-binary’ or ‘asexual.’ This ideology has inspired thousands of children to take puberty-blocking drugs and cross-sex hormones. It’s given cover for doctors to amputate healthy body parts even of minors and to fashion nonfunctioning replicas of sex organs.”

The conservatives quoted Sandford Health’s mission—”dedicated to sharing God’s love through the work of health, healing, and comfort.”— and wrote that “telling youth to reject their God-given bodies is not ‘sharing God’s love.’ Advocating damaging medical interventions to accommodate confusion or dysphoria is not working for ‘health, healing, and comfort.’ Quite the opposite.”

“The citizens of South Dakota deserve to have their children protected from this summit’s destructive ideology,” the conservative leaders wrote. “Children struggling with gender confusion should be protected from unethical medical interventions that ignore underlying causes and reject long-term health and well-being.”

“Respectfully, we are asking you to use your leadership to speak out against the misguided message of this summit and urge President and CEO Bill Gassen to disassociate Sanford Health and its employees from its message,” the leaders urged. “Any benefit of professional credit will only serve to advance its radical philosophy and harm children and families. As Governor, your voice is essential to send the message that harming children is not a South Dakota value.”

The signatories also urged Noem to “initiate a full investigation of state taxpayer-funded health and education grants, contracts, and activities that promote gender identity and transition and a detailed study of how many and what type of gender reassignment procedures are happening to youth through Sanford Health and its affiliates.”

Noem’s office did not immediately respond to a request for comment, but this story will be updated with any response.

Excellent Solutions for Your 7 Biggest Clutter Problems
Man who fatally shot 13-year-old male in DC charged with murder after turning himself in; he said teen ran toward him amid car break-in confrontation
Ron DeSantis reportedly preparing for 2024 presidential run. A ‘more angry’ Donald Trump takes shot at ‘disloyal’ Florida governor.
An Arm and an Egg
NewsBusters Podcast: CNN Ratings Crash Matches Doubling Down on Bias