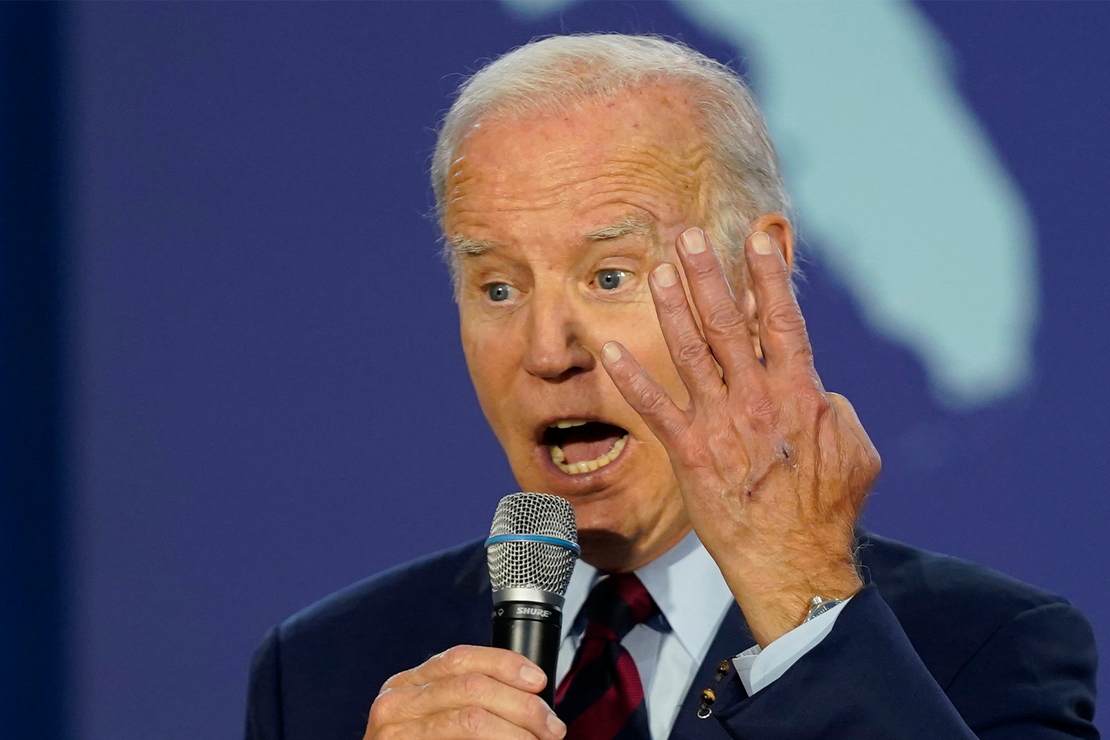 Joe Biden has long maintained that he intends to run for reelection in 2024. Most people don’t expect him to. In fact, the media has been speculating for at least a year about who Democrats might pick to replace him. But the White House has long insisted that Joe Biden “has every intention of running for reelection.”

But media speculation about who might replace Biden isn’t even his worst problem. Biden’s biggest obstacle is voter sentiment.

A new Harvard/Harris poll also finds that voters overwhelmingly doubt Biden’s mental fitness. When asked, “Is Joe Biden mentally fit to serve as President of the United States or do you have doubts about his mental fitness for office?” 58 percent of voters say they doubt his mental fitness, including 79% of Republicans, 64% of independents, and 27% of Democrats.

While Democrats don’t question Biden’s mental fitness—an interesting topic for another time—they still don’t want him to run for reelection in 2024.

In a hypothetical 2024 matchup, Trump leads Biden by five points in the aforementioned Harvard/Harris poll. While Trump may be in a weaker position going into the 2024 election, Joe Biden is also in a weaker position, and given the extraordinary amount of negative press Trump receives on a daily basis, it is remarkable that Trump is leading Biden after Biden had a surprisingly successful midterm election.

Granted, Biden certainly sees himself as a hero of the Democratic Party, and may think himself in a strong position to win again in 2024. This is because so far he’s managed to give the radical left pretty much everything they want. Big spending, more taxes, a radical social agenda complete with the endorsement of drag queens and transgendering little children. For someone who ran as a centrist who could work across the aisle to get the business of the American people done, he instead went full-on raging lunatic leftist. Why? Because that’s what his party wants in a president. He was able to do this because Democrats controlled both chambers of Congress. Of course, that will change next year when Republicans will have control of the House, and Biden’s ability to deliver on the agenda of the radical left that controls the party will be extremely diminished.

So would Democrats nominate someone else?

Don’t count on it. For starters, it’s no small thing to challenge a sitting president in a primary. The last serious primary challenge was Ted Kennedy’s 1980 presidential campaign against incumbent president Jimmy Carter. Not only did that not work out well for Kennedy—even though he appeared to be in a strong position for much of the campaign against Carter—it ultimately weakened Carter as well. The Kennedy/Carter battle also fractured the Democratic Party for some time. So I wouldn’t count on a serious primary challenge to Joe Biden if he decides to run.

Ultimately, the ball is in Biden’s court. If he wants to run, his party won’t stop him.