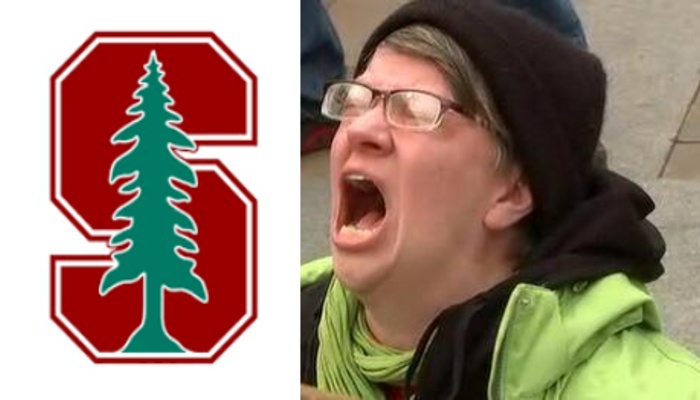 Here it is: everything wrong with higher education in one story about Stanford University. Stanford, of course, is an elite American institution. Except according to its own speech code, it can’t be “American,” because that term is verboten. Really. 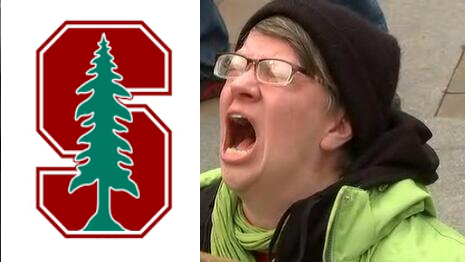 According to the New York Post, in May Stanford undertook the Elimination of Harmful Language Initiative. Perhaps prompted by demands from some thumb-sucking undergraduate group or social justice drone faculty, the university set out to rid its websites of bad words. The offending terms are, according to the Post, listed under “10 categories including racism, homophobia and ableism.”

Of course they are.

Of course it does.

But what, you ask, is wrong with “American?”It’s “imprecise language,” you bigot. You should instead use “U.S. citizen.” You see:

“[‘American’] often refers to people from the United States only, thereby insinuating that the US is the most important country in the Americas,” the packet reasons, noting that the region actually includes 42 countries between North and South America.

Yes, we wouldn’t want to imply some superiority over Honduras or Venezuela, or any other nation whose citizens are flooding across our southern border.

Lest you think the stupid ends there (again, there are 13 pages of this bilge), the Post says:

Other listed terms include “immigrant,” which should be replaced by “person who has immigrated” or “non-citizen,” to avoid referring to people by single characteristics, while “walk-in hours” is swapped out for “open hours” in order to include those with disabilities. The common phrase “beating a dead horse” is also cautioned against, based on the idea that it normalizes violence against animals.

They’re having a go at the metaphors now!

Look, I get it. On American college campuses, you can’t swing a dead cat without hitting a perpetually offended little cupcake or a “language is violence” scold. But grown ups should have better things to do than banishing words that might somehow offend somebody somewhere, sometime.

Education is too important to be left to elite universities.

Officer, father-to-be killed by released convicted felon — Calif. DA says Newsom has ‘blood on his hands’ for ‘warped’ criminal justice system
Newsweek Op-Ed: “We in the Scientific Community Were Wrong. And it Cost Lives”
Is the Trans Cult Putting the Nation’s Blood Supply at Risk?
PBS Lobbies for Blood Donation by Gay Men as an ‘Equal Rights’ Issue
An Arm and an Egg