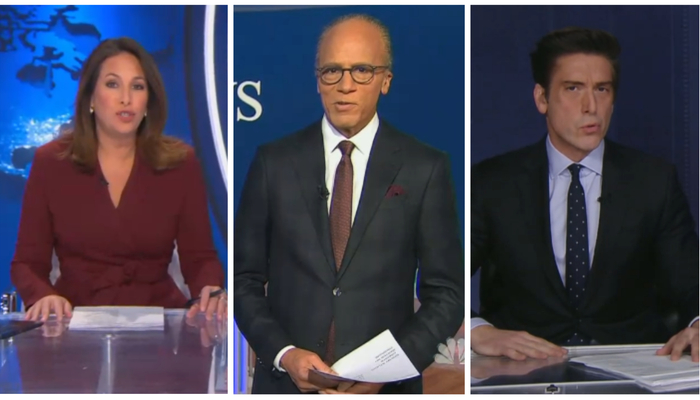 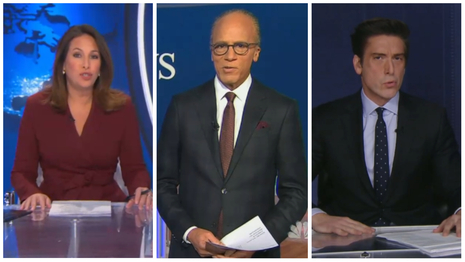 The Philadelphia Federal Reserve released a Dec. 13 report revealing that its estimates for “the employment changes from March through June 2022 were significantly different in 33 states and the District of Columbia compared” with estimates from the Bureau of Labor Statistics’s (BLS) Current Employment Statistics (CES).

That would indicate an enormous miss of well over 1 million jobs. This atrocious news should have aired on every broadcast network, but ABC World News Tonight, CBS Evening News and NBC Nightly News ignored the story entirely during their Dec. 13, Dec. 14, Dec. 15 and Dec. 16 evening broadcasts.

WRONG BY A MILLION JOBS. THIS IS OUTRAGEOUS.@JoeBiden‘s admin has been lying to the American people about our economy to prop up his failed agenda & I won’t stand for it. I’m requesting an immediate meeting with the head of @BLS_gov. WE NEED ANSWERS NOW! pic.twitter.com/OKwsiYSoER

The Big Three’s complete ignorance to the story is especially damning in light of Biden and his administration’s past comments on job creation during the second quarter. Biden praised in a July 28 statement how “Our job market remains historically strong, with unemployment at 3.6% and more than 1 million jobs created in the second quarter alone.” [Emphasis added.]

In addition, the White House Council of Economic Advisers pushed in a July 22 statement how “[i]n fact, the 1.1 million jobs created in the second quarter—an average of around 375,000 jobs per month — is more than three times more jobs created than in any three-month period leading up to a recession.”

However, as the Fed concluded in its Dec. 13 reality dose, “Payroll jobs in the nation remained essentially flat from March through June 2022 after adjusting for” new Quarterly Census of Employment and Wages data. [Emphasis added.]

The Washington Times summarized that the Biden administration “vastly overstated its estimate that employers created more than 1 million jobs in the second quarter of this year, claiming historic job growth when in fact hiring had stalled.” [Emphasis added.]

One would think that the massive discrepancy between the Biden administration’s talking points on job creation and the Fed’s new numbers would be a major story. Apparently this is not the case for the Big Three networks, which have repeatedly spiked stories that dared to expose  Biden’s pathetic economic record in 2022.