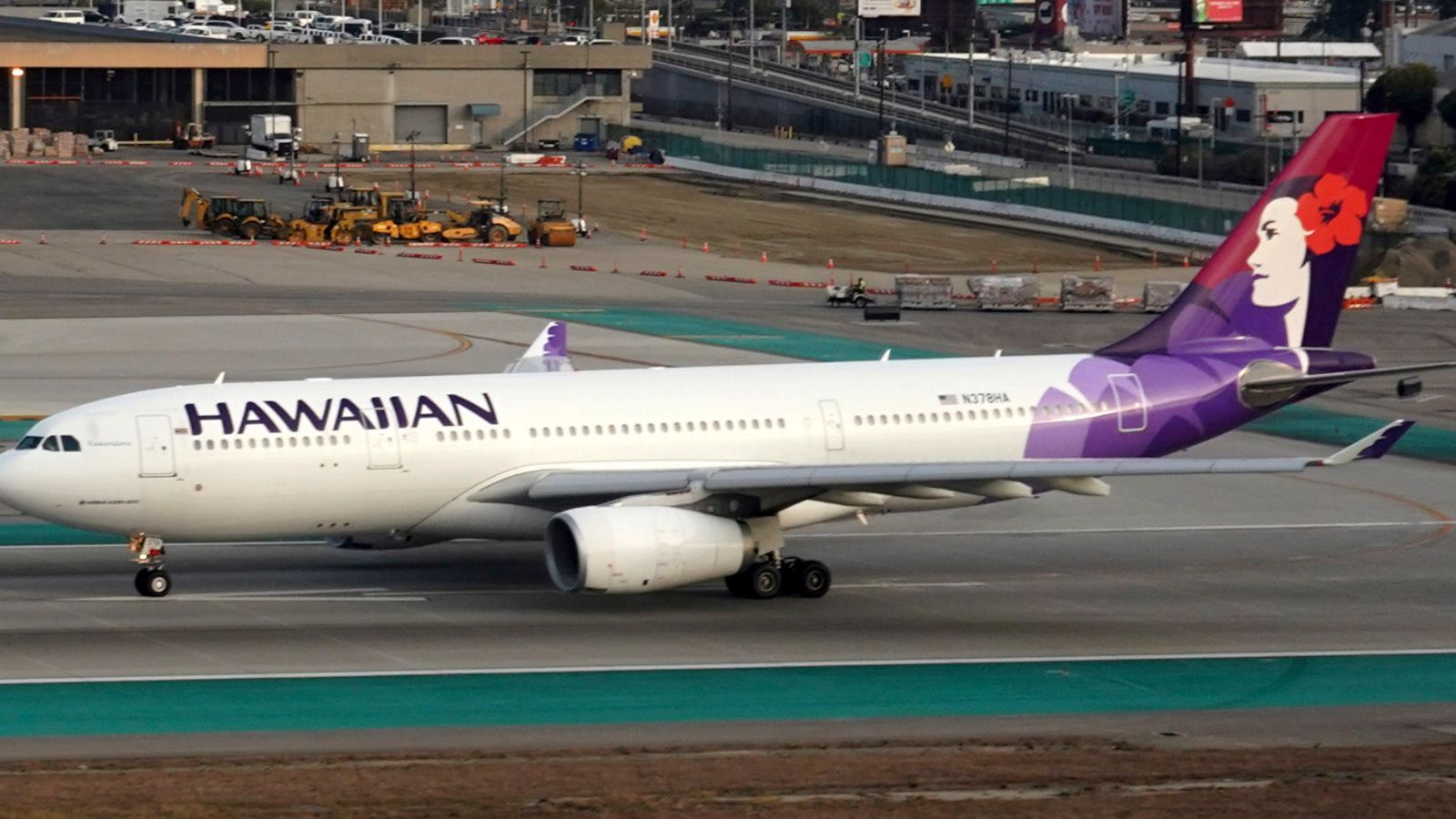 Eleven people have been seriously injured during turbulence on a Hawaiian Airlines flight.

The flight, carrying 278 passengers and 10 crew, had left the US city of Phoenix and was just 30 minutes short of Honolulu when it was hit by severe turbulence.

The plane – an Airbus A330 – landed safely and 36 people were treated for injuries including a serious head injury, bruises, lacerations, and loss of consciousness, according to Honolulu Emergency Medical Services.

Twenty of the injured were taken to hospital – 11 are in a serious condition and nine others are described as stable.

Sixteen people were treated at the airport.

The youngest patient was just 14-months-old.

Passenger Kaylee Reyes told Hawaii News Now that her mother had just returned to her seat when the turbulence hit.

She did not have the chance to do up her safety belt before she “flew up and hit the ceiling”, Ms Reyes said.

Hawaiian Airlines said 13 passengers and three crew members were taken to hospital, but it is not yet clear why their numbers were different from those given by emergency services.

“We are supporting all affected passengers and employees and are continuing to monitor the situation,” the airline added.

According to the US National Weather Service, a strong cold front was passing through Hawaii, bringing damaging winds, potential severe thunderstorms, heavy rain and flooding.

NWS meteorologist Thomas Vaughan said there had been a weather advisory out for thunderstorms that included Oahu and areas that would have included the flight path at the time of the incident.