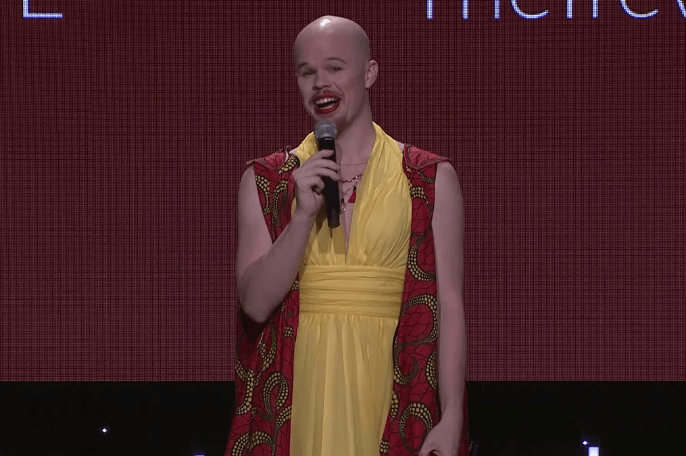 It’s encouraging to know that after untold centuries of everyone understanding and knowing what a man is and what a woman is, that we fancy, Twenty-First Century dwellers have redefined what we claim these persons are, when woke individuals “identify as a male though they may have been said to have a different sex at birth”, as the newly revised on-line dictionary states.

But who “said” a newly birthed child was a male or a female? Probably the doctor and the nurses who were attending the birth, and a simple look at the biology of the newly born child informed them of the sex. It doesn’t need to be “said”, and there is no arguing with Mother Nature about the subject. But the new, woke Cambridge Dictionary has made this change to the English language because of the far left idiots who swear that if they, themselves, think they want to be something other than what they are, and what they were made at birth, then it’s in their power to “claim“, and make it so.

Although this idiocy has been going on for some time, it appears that when a Supreme Court appointee of Joey Biden was recently asked for her definition of a woman and responded that she didn’t know what a woman was, the political left took that stupidity as a green light to make a formal dictionary definition change to match their deviant, mind-sync politics.

But a rescinding of everything we know to be true about gender doesn’t end with the redefinition of a man and a woman. After centuries of progress in creature comforts, inventing light bulbs, automobiles, miracle drugs and air conditioning, the Biden administration is enlightening us to the fact that these things are part of an evil past and we must now get rid of the comfortable and convenient automobile and learn to love the questionably safe and less-convenient electric vehicle, and we must learn to live with warmer homes in the summer and colder homes in the winter, because electricity is also evil and we must make do with less of it, along with leaving medical decisions up to political considerations, like forced masking and mandated vaccinations, because Democrats know better than you do, what‘s good for you.

And of course the Biden administration now insists, with no data being presented to prove their outrageous point, that LGBT and Trans persons are experiencing high levels of threats and actual violence in this racist, sexist nation we call the United States. So the Dems have presented completely unneeded legislation to protect these special entities from the Ultra-Magers, with no back-up proof that any Republican is violently opposed to them. But we remain citizens without any legislation to protect Jews and Christians against the woke actual violence of Democrats (see the year 2020 and the daily riots from Seattle to Baltimore for data supporting the mistreatment of members of these religious groups). So the Biden cabal seems to be saying that the more populous group of Jews and Christians don’t deserve the government protection from violence that the tiny Trans group does? Really?

The darkness of current American living is upon us and accompanied the dark clouds of the Biden administration, which seems to be an adherent of the German Weimar Republic, with its cultural and social rot, and we still have two years left of this stupidity.