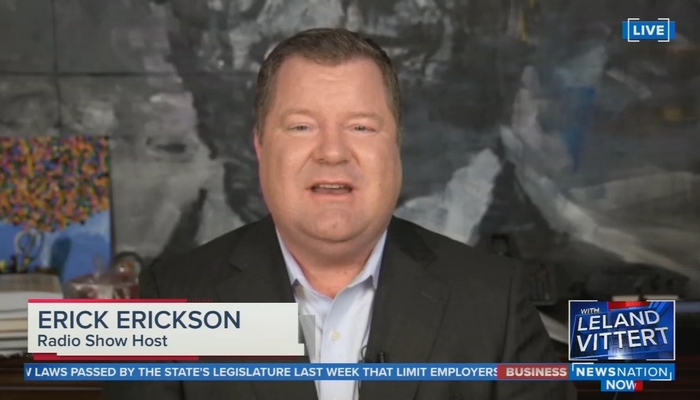 Sixteen years ago, right around this past Friday, I looked into my wife’s eyes and told her she was going to die.

A week before Christmas in 2006, I lost my job. My friends who’d been running RedState.com with me told me we were out of money. It was time to go find a new job. My wife had gone to a doctor’s appointment. I heard her pull up and was heading down to tell her I was out of a job.

Instead, she told me doctors had found a blood clot in her jugular vein, and they wanted to do a biopsy on her lungs. Within 24 hours, on a frigid and rainy day, I sat in a chair in a small room as doctors explained that my wife had a rare form of cancer in its end stage, and she had six months to live.

A massive car pileup due to bad weather necessitated the doctors heading to the emergency room. So, I got to tell my wife she was going to die. Then I had to rush out into the rain, over to day care, and pick up my 1-year-old. I got home, got my child out of the car and sank into the mud by the car. I cried.

My baby patted me on the face as if to tell me it would be OK. But I was both about to have to find work and plan a funeral. Thankfully, my wife was misdiagnosed, and a company in Washington bought RedState and kept me working.

Ten years later, as nurses wheeled me into a cardiac ICU unit expecting me to die from blood clots in my lungs, the Mayo Clinic called my wife (literally, both events were happening concurrently) to tell her they thought she had a genetic form of lung cancer.

Had she not been misdiagnosed in 2006, she would have never known about her cancer 10 years later until it was too late. Though her cancer is stage 4, all the tumors are very small, measured in millimeters. Their growth has been halted by a miracle drug that typically works for about two years. She is beyond the sixth anniversary of the medicine, and it still works for her. We will celebrate her birthday in just a few days. She has put up with me for 22 years and I hope many more.

Two thousand years ago, God descended to us. He did not provide us with an escape from the sin and misery of the world. Instead, he suffered through this world, just as you and I do.

He longs for a restoration of our relationship with him so much that he came as a child, born into poverty — delivered into a food trough. He grew in wisdom and understanding and died the death of an awful sinner, though he was without sin. I put my trust and hope in that. It is a hope based on the evidence of the witness of Scripture; the men who existed and documented his life; and his active, living and real presence in my life. I believe in Christ because I have experienced Christ.

I admit I cannot expect you to believe in him. I think a belief in the divine is rational. I think believing there is a God who created all things is actually far more plausible than the belief that everything came from nothing.

But believing in a god is not a belief in Christ. I do not know that I have the capacity to pull you across the fence on that one. But I believe he does, and he can because he lives and longs for a relationship with us.

I am so glad he chose to have a relationship with me.

Sixteen years ago, my family had a mess of a Christmas. From that experience and so many others, I know that trusting in Christ can help you in ways other things can’t. Now, on the advent of his birth, I would suggest if you are curious that you just simply get on your knees with an open heart and cry out to him and ask him to come into your life.