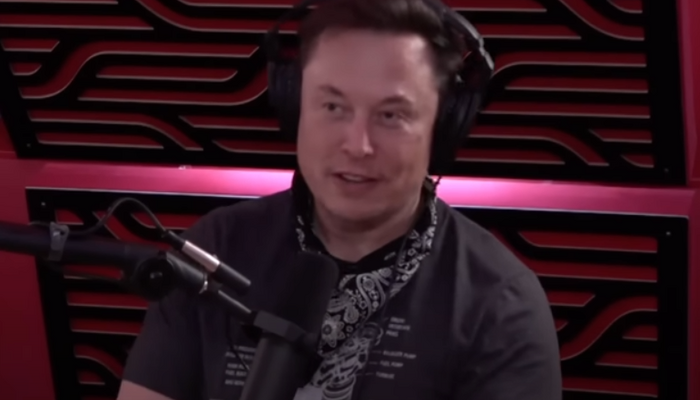 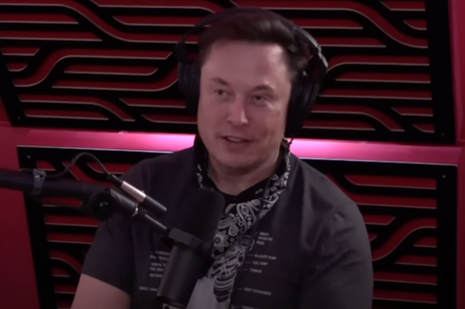 Independent journalist Matt Taibbi summarized the new files on Twitter: “Twitter’s contact with the FBI was constant and pervasive, as if it were a subsidiary.” Specifically, Taibbi reported the existence of “over 150 emails between the FBI and former Twitter Trust and Safety chief Yoel Roth” between January 2020 and November 2022. Then came the damning part: “[A] surprisingly high number are requests by the FBI for Twitter to take action on election misinformation, even involving joke tweets from low-follower accounts.” Taibbi analyzed that the new files show something “new: agencies like the FBI and DHS regularly sending social media content to Twitter through multiple entry points, pre-flagged for moderation.”

The news is especially chilling in light of Roth’s previously reported communication with the FBI, Department of Homeland Security and the Office of the Director of National Intelligence over censorship of the Hunter Biden laptop scandal:

‘We blocked the NYP story, then unblocked it (but said the opposite)… comms is angry, reporters think we’re idiots… in short, FML’ (fuck my life).’

In his thread on the new documents, Taibbi pointed to a Nov. 6, 2022 email from the FBI’s National Election Command Post (NECP) to a person called “[Assistant Special Agent in Charge] Chan” at the San Francisco field office detailing “a long list of [25 Twitter] accounts that ‘may warrant additional action.’” In the email, the NECP requested “[c]oordination between SF and Twitter to determine whether the accounts identified below have violated Twitter’s terms of service and may be subject to actions deemed appropriate by Twitter. In addition, the NECP requested [a]ny location information associated with the accounts that Twitter will voluntarily provide to aid the FBI in assigning any follow-up deemed necessary to the appropriate FBI field office.” Two of the accounts targeted by the FBI was the Right Side Broadcasting Network and actor Billy Baldwin. 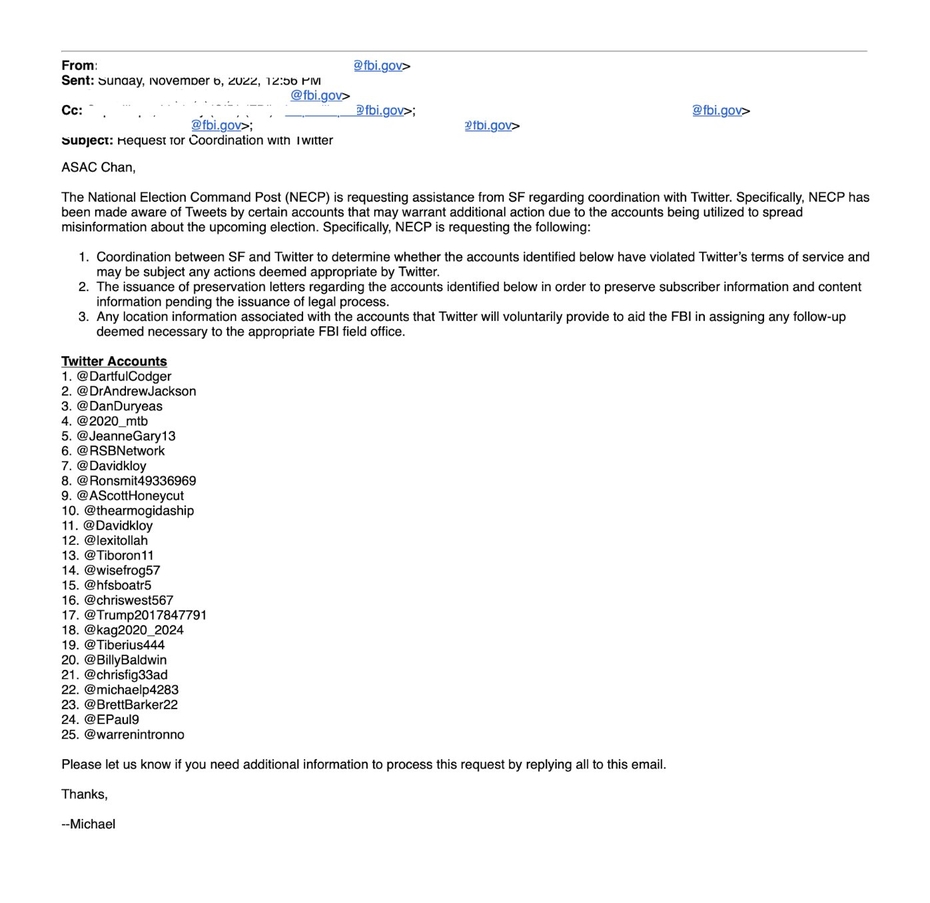 Chan reportedly followed up by sending the FBI’s blacklist to his “Twitter folks,” per Taibbi, and Twitter responded by listing the actions it took against the flagged accounts accordingly. “[U]nanswered question,” asked Taibbi. “[D]o agencies like FBI and DHS do in-house flagging work themselves, or farm it out? ‘You have to prove to me that inside the fucking government you can do any kind of massive data or AI search,’ says one former intelligence officer.”

In another November 2022, email, an official within the San Francisco Field office began by saying, “Hello Twitter contacts,” before notifying the platform of four accounts “which may potentially constitute violations of Twitter’s Terms of Service for any action deemed appropriate within Twitter policy.” Twitter apparently genuflected to the FBI and “went on to look for reasons to suspend all four accounts,” according to Taibbi. 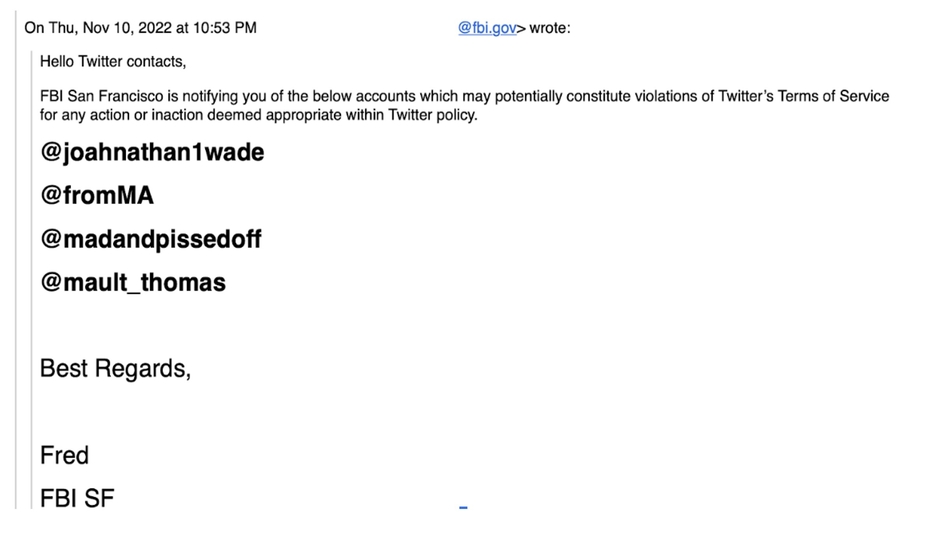 George Orwell is rolling over in his grave.