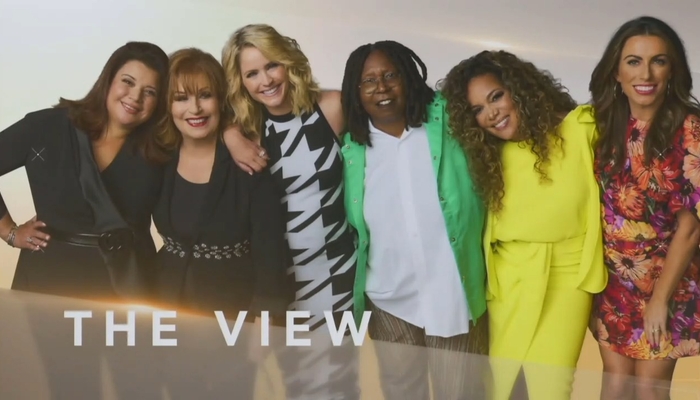 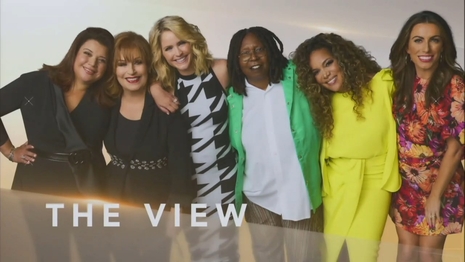 2022 saw the cackling coven of ABC’s The View return from their COVID isolation, celebrate their 25th season, start their 26th, and finally fill the “conservative” seat left vacant by Meghan McCain. And throughout the year they’ve made headlines with comments ranging from ridiculous and embarrassing to racist and dangerous. So we at NewsBusters had our work cut out for us when trying to whittle it down to the worst of the worst.

To make things a little easier, we broke things into six topics that show off the cast’s general craziness, racism, contempt for America, disregard for conservative lives, support for abortion, and election denialism.

Below are the dirty dozen of the worst things The View has said in 2022 with a few honorable mentions thrown in.

Without a doubt, the craziest thing said on The View in 2022 was Whoopi Goldberg emphatically arguing that the Holocaust was not about race but was just two groups of white people. “Well also, if we’re going to do this, then let’s be truthful about it because the Holocaust isn’t about race,” she proclaimed to the rest of the cast that looked on with horror.

NewsBusters was the first on the scene with the story and Goldberg was ultimately suspended for two weeks. But before she left, she received personal absolution from Anti-Defamation League CEO Jonathan Greenblatt.

In a Grade-A example of how the cast and staff of The View live in a liberal echo chamber that’s been cast adrift from reality, for Halloween this year they thought it was normal to dress kids in costumes themed after the FBI’s raid on Mar-a-Lago.

“One of the hugest topics that you talked about this year: the raid on Trump’s Mar-a-Lago estate,” wardrobe supervisor Ashley Alderfer-Kaufman touted during their deranged fashion show. “He has all these classified documents, top secret documents. What did he do? He flushed them down the toilet. So, we have Trump as a toilet with our FBI agents.”

They also put kids in a costume to mock then-Republican Senate candidate Dr. Mehmet Oz and the concept of inflation.

Being one of the most racist people on TV today, Sunny Hostin owns this category.

Shortly before the midterm elections she lashed out white women who dared to vote for Republicans by calling them roaches. “It’s almost like roaches voting for Raid,” she screamed. “They’re voting against their own self-interest! Do they want to leave it in Gilead? Do they want to be in The Handmaid’s Tale?”

She also suggested they were traitors to their gender because they’re “voting against their own health care.”

She disgustingly referred to Haley as a racial “chameleon” and suggested she whitewashed her Indian name (Nikki) to appear more white and abandon her heritage. “Nikki Haley the chameleon? What is her real name again?” she sneered. “I think if she leaned into being someone of color it would be different.”

Adding: “Yeah, there were some of us that can be chameleons and decide not to embrace our ethnicity so that we can pass [as white].”

Co-host Sara Haines put Hostin in her place by calling out how she goes by a different name than her birth name. Hostin was never punished by ABC.

Inviting one of the other most racist people on TV to the show, Elie Mystal of The Nation, the cast cheered as he ripped the Constitution as “trash.”

“It’s certainly not sacred. Let’s start there. The Constitution is kind of trash,” he proclaimed.

Hostin praised Mystal’s book, reading off the contentious chapter titles: “The first chapter, ‘Canceling Trash People Is Not a Constitutional Crisis.’ Chapter nine, ‘The Taking of Black Land,’ was another favorite of mine, and ‘Reverse Racism Is Not a Thing.’”

Second to trashing America’s framing document, The View wanted to throw out America’s birthday and replace it with Juneteenth suggesting that was a real celebration of freedom.

Honorable mention: The View: Parents at School Board Meetings Are Same as Buffalo Shooter

After encouraging people to go assail the homes of conservative justices and reveling in them feeling unsafe, The View decried calls for increased security for the justices following the attempted assassination of Justice Brett Kavanaugh.

“McConnell. He’s demanding that the House pass security protections for Supreme Court justices,” Behar bitterly announced. “But nothing on Uvalde so far, and nothing on Buffalo … He’s worried about, you know, the Supreme Court. That is his urgency!”

Faux Republican Alyssa Farah Griffin was talking about how “Lee Zeldin was nearly stabbed on stage while campaigning in New York,” when Host interjected to say that Zeldin is “hated” and “divisive.”

■ May 3 – Whoopi RAGES at SCOTUS Draft, Claims the ‘Child’ Chooses Abortion Too

Few things discussed on The View get as ghoulish as their conversations about abortion and nothing get Goldberg more enraged than saying infanticide is wrong. So in the wake of the draft Supreme Court ruling overturning Roe v Wade, things got out of control.

According to her warped reality, the “child” also chooses abortion. “You are not the person to make that decision! My doctor, and myself, and my child, that’s who makes the decision,” she exclaimed with a sneer.

She unironically suggested that pro-lifers were “not looking out for me as a human being.”

A key part of the pro-life argument is: when does a person get their right to life?

But that philosophical question didn’t matter to Goldberg, who refused to entertain it. “It doesn’t matter when you think it is … I don’t have to tell you,” she shouted. “For me, I don’t care what your religious beliefs are.”

Honorable mention: The View Claims ‘Nobody’s Pro-Abortion’ But ‘Everyone Is Pro-Life’

While they decried Republicans as those solely casting doubt on the validity of elections, The View defended White House Press Secretary Karine Jean-Pierre for BIG LIES about who won the 2016 presidential election.

“She was doing her part as an American citizen saying how she felt about an election. Whether you like it or not, everybody talks about everybody has the right [to] freedom of speech,” Goldberg said.

Hostin apologized for calling Trump an “illegitimate” president, but Goldberg fought back, saying, “But that’s how you felt! You had every right to say it!” Behar agreed: “You were not wrong.”

On Election Day, Hostin recounted the story of turning in her son’s absentee ballot. “I had trouble actually voting for him absentee ballot today and that made me very concerned. It’s the first time,” she explained.

But the story raised questions because her son was off at school attending Harvard. When was the ballot delivered? Was he home? Why didn’t he just mail it in or drop it off early if he was home? None of the so-called fact-checkers wanted to dig into the details and Hostin denies wrongdoing.

Lula’s Brazilian “Indigenous” Charity Embezzled $6.5 Million
Pfizer issues response to Project Veritas sting video, but critics characterize its statement as ambiguous
AP Stylebook recommends against ‘dehumanizing ‘the’ labels,’ like ‘the French,’ then deletes post due to ‘inappropriate reference to French people’
How and Why the Left Is Making the Memphis Cops Into “Racists”
Peloton CEO doesn’t care that equipment is losing money, sees path forward in the app