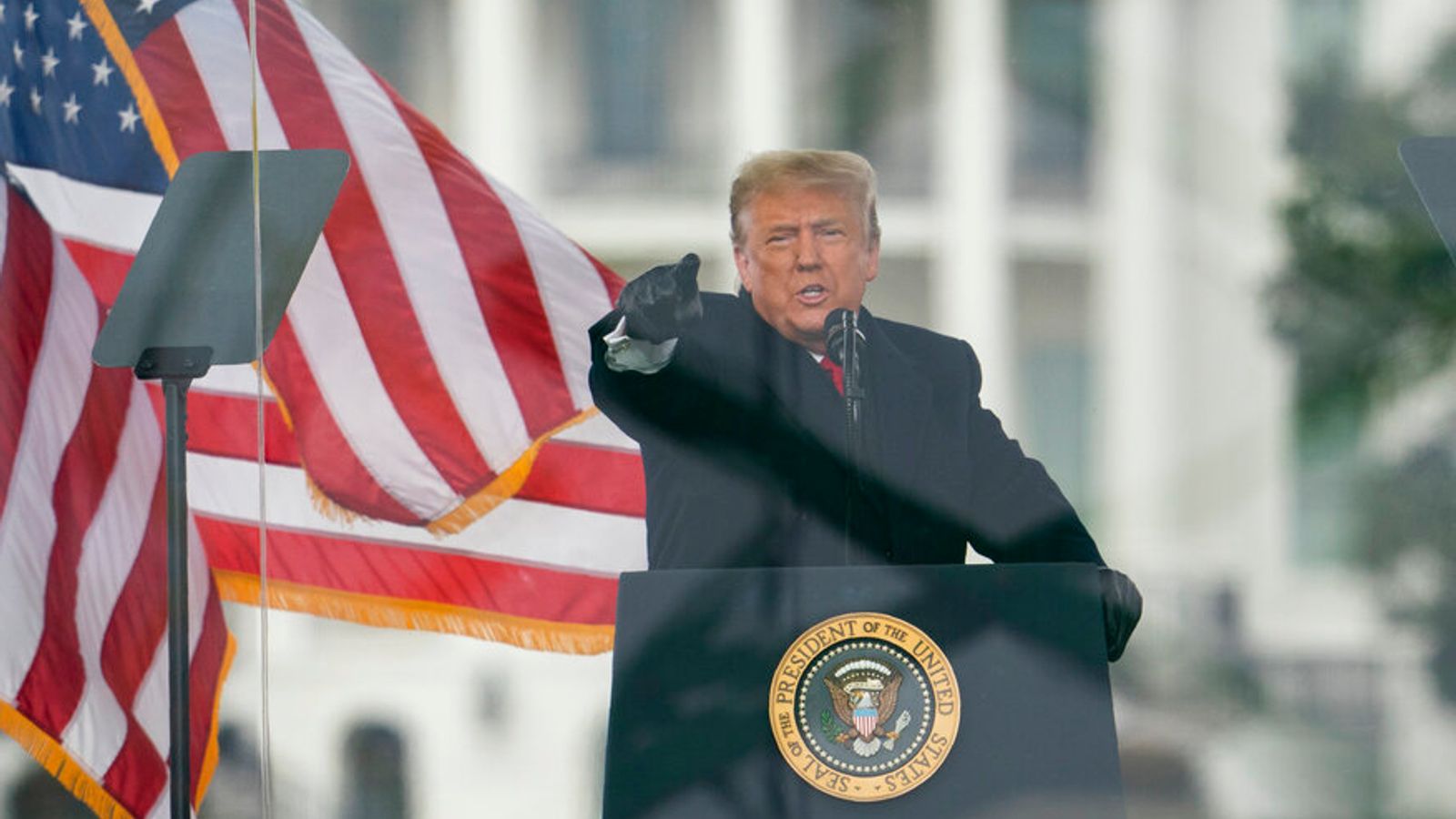 The US House Select Committee investigating the Capitol riots is preparing to vote on urging the Justice Department to pursue criminal charges against former President Donald Trump, according to US media reports.

The charges proposed for Mr Trump include insurrection, Politico reported on Friday, citing two unidentified people familiar with the matter.

According to NBC, the committee has yet to make a final decision on criminal referrals but is actively considering recommending charges for insurrection, obstruction of an official proceeding of Congress and conspiracy.

While all three recommendations are possible, three different sources actively involved in the committee’s deliberations tell NBC News that a final call has not been made.

The committee, made up of seven Democrats and two Republicans, will vote on its report and criminal referrals on Monday.

It is investigating the storming of the US Capitol building which saw thousands of Trump supporters descend on Congress on 6 January 2021 in a failed bid to overturn Mr Trump’s 2020 election defeat.

While the congressional panel cannot bring legal charges against Mr Trump, it can decide to make a criminal referral to the Justice Department, should members choose.

A referral does not necessarily mean that the Justice Department, which is conducting its own investigation of the riot, will decide to file charges.

The committee’s public hearings in which it questioned former Republican aides and key White House staff about the lead-up to the riot, shed light on Mr Trump’s role in provoking the unprecedented assault on the Capitol.

Mr Trump told his crowd of supporters that he would never concede the 2020 election and urged them to “fight like hell” before they marched to the Capitol on 6 January 2021.

The committee subpoenaed the former president at the end of its final public hearing in October.

He initially said he would comply, but then sued to avoid testifying or providing any requested documentation, and declined to show up for a deposition. The committee has collected a trove of material relating to the riots, including transcripts of more than 1,000 interviews and millions of other documents.

Read more:
How four hours of mayhem unfolded in Washington
Retired policeman jailed for assaulting officer in US Capitol attack

In October, a police officer on duty during the US Capitol riots, Michael Fanone, told Sky News he thought he would die after being beaten and struck with a Taser device at the base of his skull, causing him to suffer a heart attack and traumatic brain injury.

The attack on the Capitol sent politicians fleeing for their lives as people smashed windows and forced their way into the building.

Tesla car battery ‘spontaneously’ bursts into flames on California highway, firefighters need 6,000 gallons to put it out
Air Force General Predicts U.S. Will Be At War With China In 2025: ‘I Hope I Am Wrong’
‘American Taliban’ Was Released Early — and Promptly Met with an ISIS Recruiter
Showtime to combine with Paramount+, rebrand with new name
Weird RINO Rep. Nancy Mace Goes to Bat For Rep. Ilhan Omar