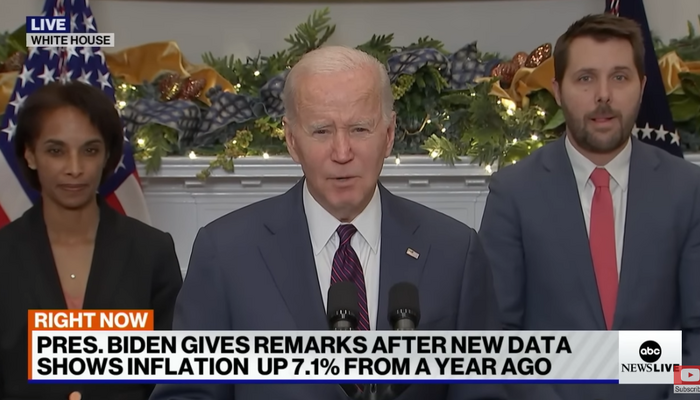 Inflation has devoured Americans’ wage gains, but President Joe Biden’s a truth-teller when he made it appear that Americans are swimming in cash, per PolitiFact’s logic. 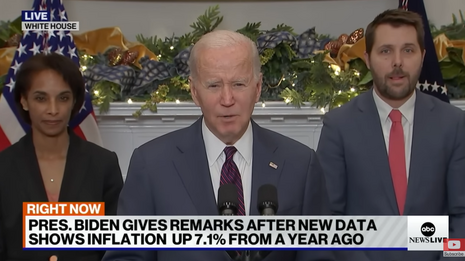 PolitiFact praised Biden’s outrageous gaslighting on the latest inflation report that showed a 7.1-percent year-over-year price increase. PolitiFact said “Biden acknowledged that inflation was still too high and more needed to be done,” just before highlighting his talking point that, “‘For the last several months, wages have gone up more than prices have gone up.’” PolitiFact’s so-called Truth-o-Meter belched out the classification: “Mostly true.”

The “fact-checker” then attempted to wield White House spin to interpret Biden as specifically “referring to month-to-month changes using standard metrics.” “In July, August, September, October and November 2022, monthly wage increases exceeded monthly inflation increases, albeit narrowly in September and October,” PolitiFact bleated. PolitiFact waited until the 11th paragraph of its propaganda to admit that prices on a year-to-year basis have “been running hotter than wages for most of Biden’s nearly two years in office.” But the “fact-checker” put lipstick on the pig by downplaying how the recent slight inflation “decline has brought the two figures closer than they’ve been since early 2022.”

PolitiFact ended up further undercutting its spin by posting a year-over-year inflation chart headlined: “Year-over-year inflation has consistently outpaced year-over-year wages since early 2021.” In other words, Americans are actually losing money as the rising cost of living continues to take a bite out of Americans’ wallets. PolitiFact and Biden, in effect, mislead people by attempting to have them miss the forest for the trees. CNBC just published a story Dec. 14 headlined: “Here’s why salaries in the U.S. don’t keep up with inflation.” In addition, CNBC reported Dec. 15 that “Retail sales fell 0.6% in November as consumers feel the pressure from inflation.” 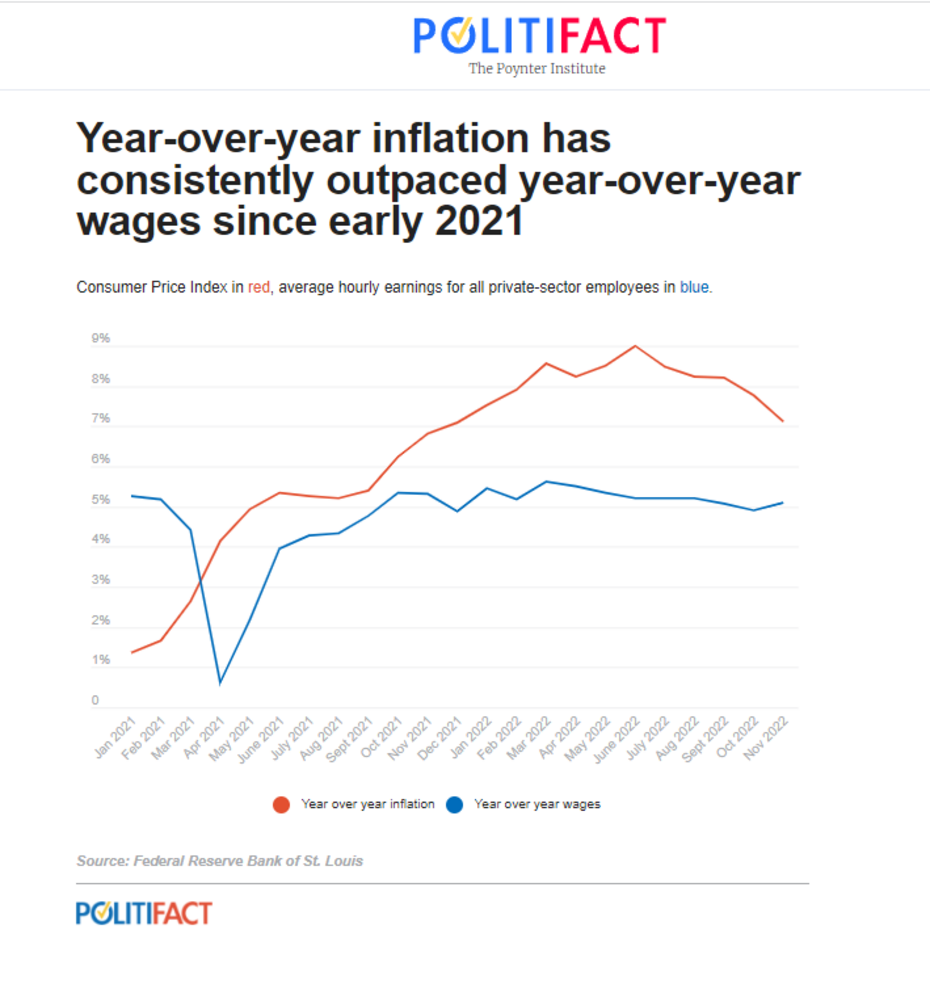 In fact, readers wouldn’t know from PolitiFact’s pro-Biden spin that in the United States and Canada, there was a combined 3.2-percent decline in real wages in the first half of 2022, according to the Global Wage Report. But according to PolitiFact, “Still, Biden phrased his assertion carefully, referring to month-to-month changes.” Because the White House public relations team couldn’t burp out the same “fact-check” you did, PolitiFact? “[Biden’s] statement is accurate but needs clarification,” PolitiFact downplayed. “We rate it Mostly True.”

Conservatives are under attack. Demand PolitiFact stop the bias and quit acting like Biden’s in-house PR tool using this form.