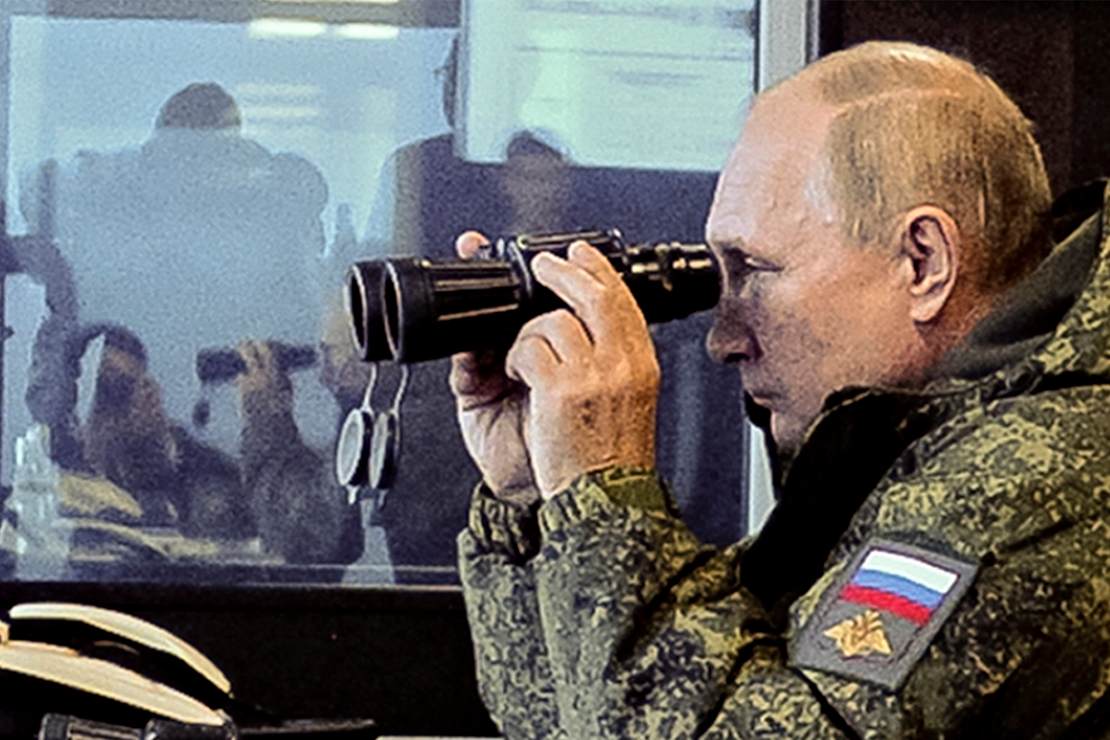 Vladimir Putin is not the surrendering type. But several factors affecting the Russian war effort and his own political position have called into question whether Putin might capitulate in order to save what’s left of his own regime.

The latest opinion polls show that only one in four Russians now support this new “great patriotic war” in Ukraine. But this is Russia, after all, and Yekaterina Schulmann, a political scientist and researcher at the Robert Bosch Academy in Berlin, says, “It’s possible that a respondent thinks the answer he wants to give is the wrong one, so he doesn’t give it.”

But Putin doesn’t care what ordinary Russians think. He does care about what the elites think. And for the first time in this war, the elites have splintered over the question of what will happen if Russia loses the war.

The divide is forming around one key question: what to do if Russia loses this war. Practically all representatives of the elite are coming to the conclusion that that is what will happen if nothing changes. It may even be necessary to give up Crimea, and from there it’s a slippery slope to full capitulation, with international war tribunals, years of reparations, and the installation of a pro-Western government. This is why no party of peace has emerged in Russia: in the country’s current vulnerable position, it would instantly become the party of defeat, and no one is yet ready to join the ranks of the losers.

This faction of elitists might be referred to as “realists.” They support the war and Putin, but they’re looking for a way out of this mess that will allow them to maintain their position at the top of the food chain.

On the other side of the realists are those who favor escalation. One of the more prominent figures on the far right is Yevgeny Prigozhin, the leader of the Wagner Group paramilitary force. Some analysts say that the Wagner Group has been one of Russia’s more effective combat forces. Prigozhin has a large following and has come out from the shadows to fight in the war.

Related: UKRAINE WAR: Putin Is Ready for a Long War, But Is Russia?

The ultra-nationalists don’t think Putin has been tough enough in prosecuting the war. They’re not crazy enough to start a coup, but they might be inclined to rush into any vacuum caused by Putin’s exit. That would be catastrophic for the West, given Prigozhin’s avowed hatred for the United States and NATO.

But Putin has backed himself into a corner. He’s running out of men and equipment, and the Russian army has been relegated to relying on Iranian drones for offensive operations. And with Patriot missile batteries on the way to Ukraine, even drone attacks can be successfully countered.

It isn’t just on the battlefield that Putin finds himself on the defensive. Whatever narratives his supporters across the world may conjure up, Western sanctions are having a debilitating impact on the Russian economy, while the Kremlin’s hopes that its finances would be buoyed by high oil prices have failed to materialise. Indeed, global oil prices have slumped as the industrialised nations face an economic downturn.

With Putin rapidly running out of options, there are suggestions that the Russian leader may be interested in negotiating an end to the hostilities.

Putin wouldn’t have been able to rule for 18 years in Russia’s cutthroat political system without being able to calculate risks carefully and having an impeccable sense of timing. That he has miscalculated in Ukraine is a given. Now he has to figure out a way to survive his mistake without destroying the Russian state he built over the last two decades.

Everyone is gunning for him, including an international war crimes tribunal that will keep sanctions in place until Putin finds a way to deflect its investigations.

“Putin’s domestic position is not yet sufficiently weak to talk of an imminent fall from power, but it is already apparent that he is far weaker today than he was just one year ago,” writes  Stanislav Shalunov of the Atlantic Council.

How much weaker will Putin be six months from now?