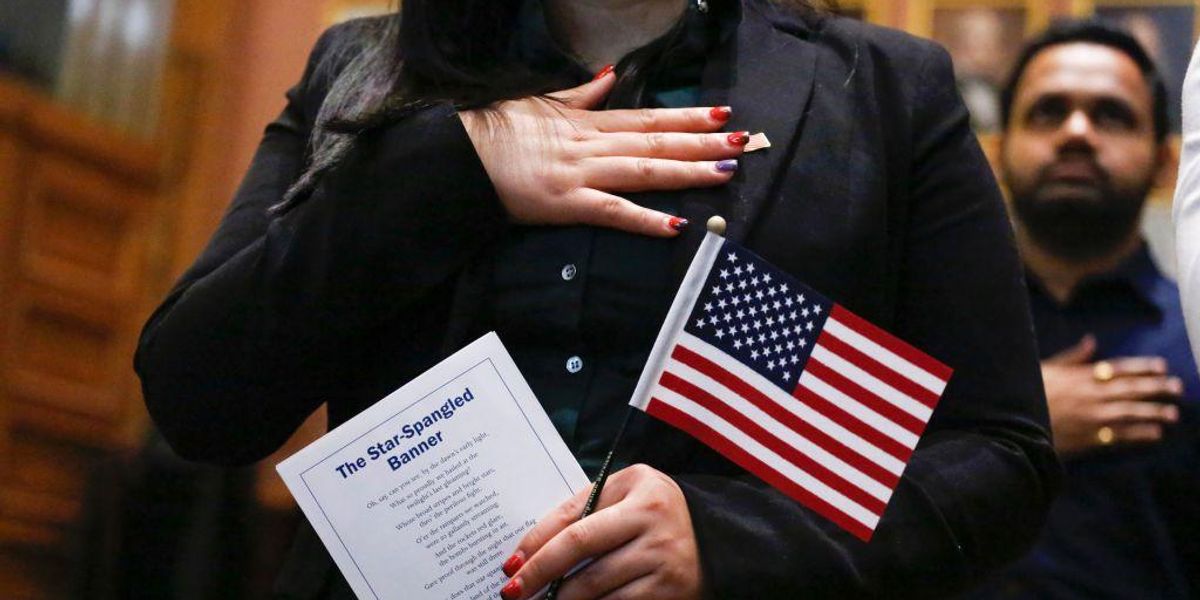 On Wednesday, the Biden administration’s Department of Homeland Security announced plans to conduct a trial for alterations to the current U.S. citizenship test, including changing responses to multiple choice and adding new material.

Currently, the naturalization test has four separate components: reading, writing, civics, and English speaking. To pass the test, applicants must answer six of 10 questions correctly. The questions are pulled from a bank of 100 possible questions.

The current citizenship test asks applicants to answer the questions orally. Alternatively, the redesigned trial test will have applicants choose an answer from four multiple-choice options shown on a tablet.

The switch to multiple choice would “be consistent with the industry standard and best practice and increase standardization of test questions,” according to U.S. Citizenship and Immigration Services.

The notice published in the Federal Register stated that the trial would not make any changes to the reading and writing portions of the test. Instead, the trial’s purpose is to make formatting and content changes to the civics component and add a new English-speaking component.

“The trial test will also contain new test items based on a design framework that includes an external review by subject matter experts in the field of test development,” the notice stated. However, it did not clarify what new testing items would be added.

The trial speaking test will ask applicants to describe three color photographs from a bank of approximately 70 images. The photographs will depict everyday scenarios such as activities, weather, and food.

USCIS plans to conduct the trial in 2023 over five months. The agency aims to recruit 1,500 participants in adult education classes to participate in the trial. If the trial is successful, the new components could become standard and be implemented in late 2024.

“The naturalization test is a key step in becoming a U.S. citizen,” said USCIS Director Ur M. Jaddou. “We welcome input from – and the participation of – stakeholders who are familiar with this important process, as we continue to improve and update our naturalization test, ensuring that it is consistent with industry testing standards.”

Previously, the Trump administration suggested changes to the naturalization test, requiring applicants to correctly answer 12 of 20 questions to pass. The Biden administration dismissed that proposal.

Why Your Tax Refund Could Be Smaller This Year
Al Qaeda member and direct subordinate of 9/11 architect released from Guantanamo Bay by Biden administration
America’s Inferno: Satanism Is Becoming More Mainstream
NewsBusters Podcast: Media Stand Proudly with Antisemite Ilhan Omar
Trial Balloons in the Sky and into 2024