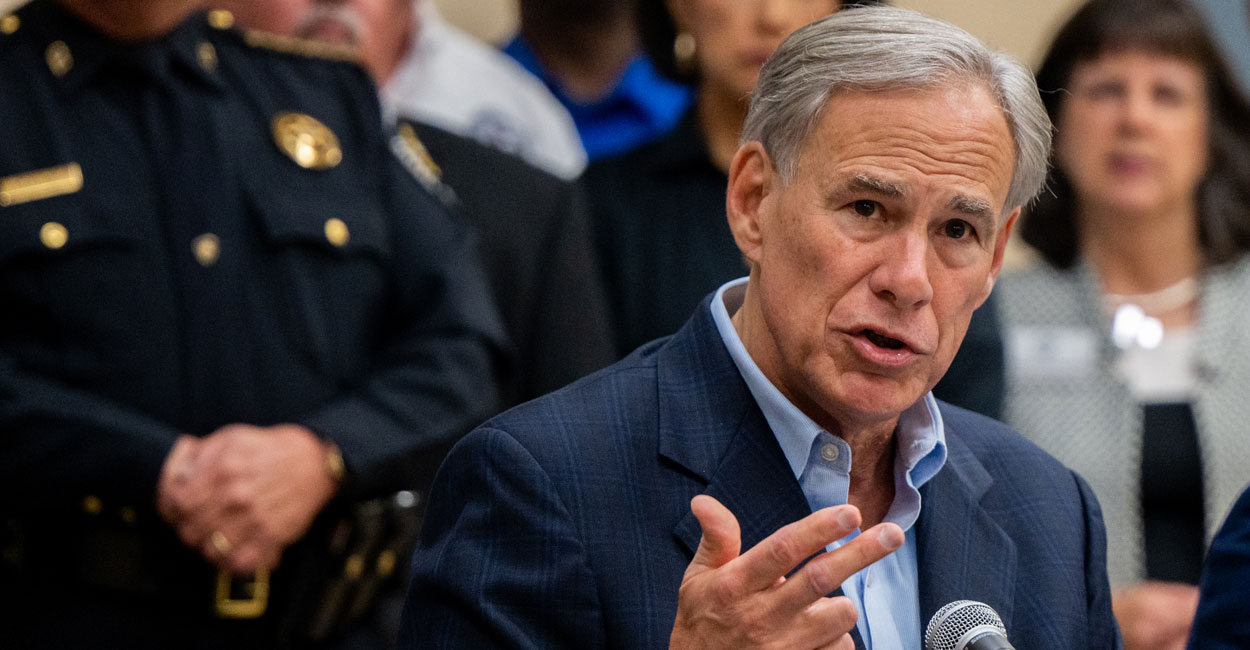 Texas Gov. Greg Abbott is asking his state’s attorney general to investigate how a network of private organizations is colluding with the Biden administration to facilitate the worst border crisis in American history.

Abbott’s request comes just days after The Heritage Foundation’s Oversight Project documented the outsized role of non-governmental organizations. Those groups, operating more than the 30 separate physical locations in Texas, Arizona, and California, are trafficking illegal aliens to nearly every congressional district in the United States.

“I am calling on the Texas Attorney General’s Office to initiate an investigation into the role of NGOs in planning and facilitating the illegal transportation of illegal immigrants across our borders,” Abbott wrote in Wednesday’s letter.

Abbott said he would work with Attorney General Ken Paxton to explore legislative solutions “aimed at solving the ongoing border crisis and the role that NGOs may play in encouraging it.”

Citing the impending expiration of Title 42, a Trump administration policy implemented during the COVID-19 pandemic, Abbott warned that Texas is about to endure “record-high illegal border crossings.” Just this week, more than 2,600 illegal aliens crossed the U.S.-Mexico border near El Paso over a 24-hour period.

“There have been recent reports that non-governmental organizations may have assisted with illegal border crossings near El Paso,” Abbott wrote in his letter. “We further understand NGOs may be engaged in unlawfully orchestrating other border crossings through activities on both sides of the border, including in sectors other than El Paso.”

Abbott has implemented several measures as governor, including Operation Lone Star, which deployed the Texas National Guard and Texas Department of Public Safety to the border. He also secured $4 billion to bolster border security. Paxton, meanwhile, has sued the Biden administration multiple times over its failures at the border.

Calling the current border crisis an “invasion,” Paxton promised to thoroughly investigate the role of NGOs—and hold them accountable.

“The Biden administration bears responsibility for the accompanying rise in crime, cartel activity, and lethal drugs like fentanyl flooding into communities throughout our nation,” Paxton said. “Some non-governmental organizations (NGOs) may be aiding and abetting this invasion. Therefore, to protect public safety and uphold the rule of law, my office will launch an investigation into these groups and will take action against any organization violating the law.”

In fiscal year 2022, ending Sept. 30, a record 2.76 million illegal aliens crossed the border, according to U.S. Customs and Border Protection. That number is more than 1 million higher than the previous annual record set in 2021.

Using the movement patterns of 30,000 anonymized cell phones, Heritage’s Oversight Project documented how NGOs are operating a mass resettlement of illegal aliens. The shocking report is a snapshot of the border crisis over the course of just one month—a tiny sample compared to the millions of illegal aliens who have entered the United States on President Joe Biden’s watch. (The Daily Signal is the news outlet of Heritage.)

“Overflow from Customs and Border Protection is being transferred to these organizations so that Border Patrol avoids overcrowded facilities,” Heritage wrote in a memo announcing the findings. “These organizations apply for, and receive, taxpayer money to provide processing and transportation services and infrastructure to facilitate the migration of illegal aliens into the interior of the country.”

Catholic Charities is the most recognizable organization among those operating locations along the border, but other faith-based organizations are represented as well. Thanks to the aid and comfort of these organizations, the United States is experiencing the worst border crisis ever.

“We now have undeniable proof that NGOs are the Biden administration’s partner in facilitating and perpetuating this historic border crisis,” said Mike Howell, director of Heritage’s Oversight Project. “What’s most shameful is that these NGOs are using not just taxpayer dollars to complete the final link in the drug cartels’ human smuggling operation, but also funds donated by Americans across this country who have no idea their charitable giving is being used for this purpose. They are working hand-in-glove with the open-borders advocates in the Biden administration to resettle untold numbers of illegal aliens across this country every month.”

With more illegal aliens on the way because of Title 42’s expiration next week, the problem is about to get much worse. Even the Biden administration is scrambling to brace for the impact of a worsening crisis.

“Despite our efforts, our outdated immigration system is under strain; that is true at the federal level, as well as for state, local, NGO, and community partners. In the absence of congressional action to reform the immigration and asylum systems, a significant increase in migrant encounters will strain our system even further,” Homeland Security Secretary Alejandro Mayorkas said in a statement.

Mayorkas, whose actions have only exacerbated the crisis, faces a likely House impeachment once Republicans take control in January. Removing him from office is only one solution.

Howell wants the NGOs to be investigated, held accountable, and defunded.

“The Oversight Project is just getting started in showing the role these groups are playing in not only continuing this historic border crisis, but in fueling the cartels’ business model and encouraging millions of individuals to subject themselves to misery, suffering, and death along the journey to the border,” he said. “We are ready and willing to cooperate with Texas law enforcement to pass along information regarding what we find.”