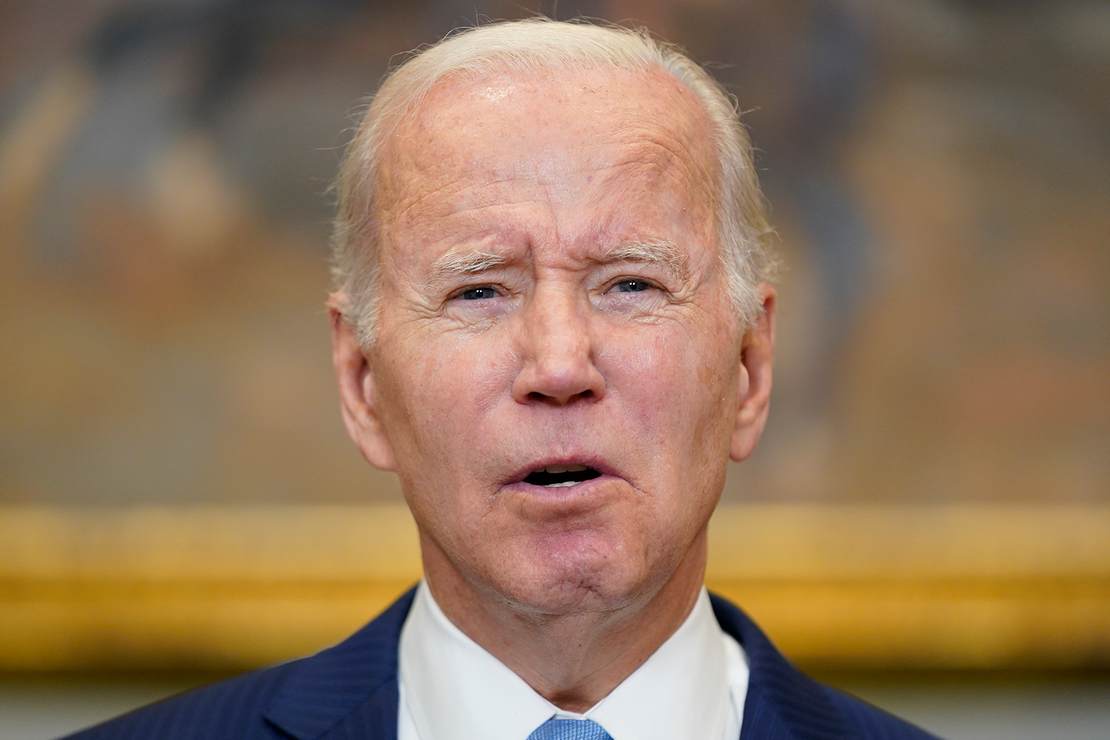 “The road for the moment has been long, but those who believe in equality and justice, you never gave up,” Biden said at the event.

I guess it doesn’t really matter that same-sex marriage has technically been legal in the United States since 2015, after the Supreme Court’s ruling in the Obergefell v. Hodges case. Biden thinks he’s “the man” when it comes to same-sex marriage. Forget about Obergefell! Forget about how the Obama White House lit up the north side of the White House in rainbow colors (gee, I wonder where Biden got the idea from?) because this is Joe Biden’s moment to cement his legacy as the gay rights president.

In fact, that seemed to be the entire purpose of the event. Before Biden signed the legislation, the White House played footage of Biden’s 2012 appearance on Meet the Press when he first came out (no pun intended) in support of same-sex marriage.

“And he said something that, really, no other national elected official was saying at the time: that marriage is a proposition,” Biden’s press secretary Karine Jean-Pierre of that interview. “And it’s about, you know, who you love, but if you are going — I’m going to mess up his quote — but who you love, but also about if you’re going to be loyal to that person.”

“And he has always been an ally,” Jean-Pierre added.

But that is not true. The White House wants you to forget that, before Biden’s “coming out” in favor of same-sex marriage, he had a lengthy history of opposing same-sex marriage and gay rights. In fact, six years prior to that appearance on Meet The Press, Biden declared on the very same program that “Marriage is between a man and a woman, and states must respect that.”

That’s not stopping the White House from trying to rewrite history. Back in September, Jean-Pierre falsely claimed that Joe Biden has supported same-sex marriage throughout his political career.

“And this is an issue, when it comes to marriage equality, that he has supported through — through his Senate days and as VP and now as president,” she claimed.

As a U.S. Senator, Biden voted for the Defense of Marriage Act (DOMA) in 1996. At the time, only 27% of Americans supported same-sex marriage, compared to the nearly three-quarters of Americans who support it today. Biden’s position was mainstream at the time. He was one of 85 senators to support DOMA, while 342 voted for it in the House.

So why is Biden trying to claim he’s always supported same-sex marriage? Even Barack Obama had enough sense to claim he “evolved” on the issue, and Biden wouldn’t have sacrificed any cred with the radical left for admitting to having evolved himself.

Instead, Biden has chosen to fictionalize every aspect of his political career — be it his economic record, his civil rights record, or his record on same-sex marriage. By the time he’s done rewriting his story, his memoirs will qualify as fantasy.