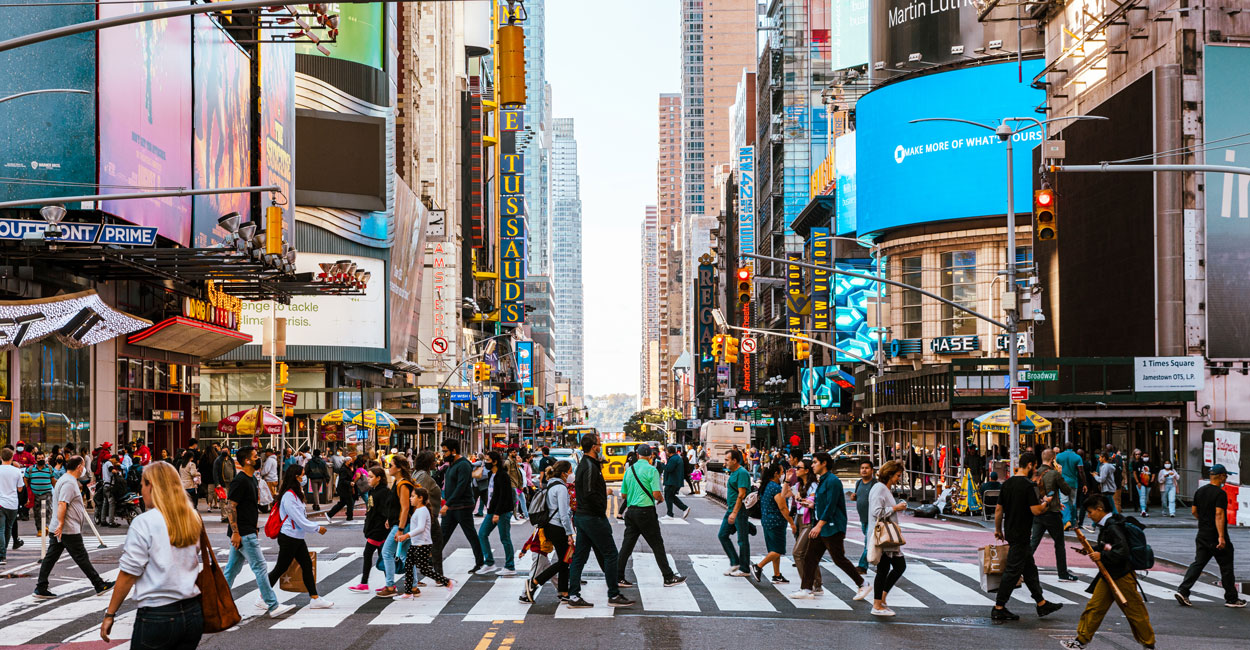 I was a teenager when I first visited New York. The flight cost $15 on the Eastern Airlines Shuttle from Washington, D.C. You could buy your ticket from a flight attendant on board. She (and it was always a she back then) would roll a cart down the aisle with a credit card device on top.

New York in the ’60s was the place to visit. There was Greenwich Village with folk music. Broadway shows were cheap and the subway cost a dime. The streets were mostly clear of trash (except during the occasional garbage strike) and most importantly, they were free of criminals.

One New Year’s Eve I decided to join the crowd in Times Square. I had no fear of being mugged or my pocket picked.

For 10 years I came to New York every week to appear on Fox News programs. It was exhilarating for a guy who once lived here with little money while in the Army.

The old New York is a fading memory and unknown to younger people brave enough to visit the city. Then, I brought a camera to record my experiences. On this trip, after seeing TV images of people being attacked with bats and fists and pushed onto subway tracks, I brought Mace.

The exodus of New Yorkers for less expensive and safer climes has been well documented. In 2021, the U.S. Census Bureau reported 300,000 residents left the state. I suspect the number this year will match or exceed that. High taxes, crime, the cost of housing and living are all contributing factors. Police are leaving, too, 831 so far this year. Who can blame them given the way they are treated?

New York is not alone. Other big cities faced with rising crime, woke district attorneys like New York’s Michael Bragg, who free violent criminals on low or no bail, are experiencing similar reductions in their populations. A new Redfin study has found the number of people leaving Los Angeles for safer and cheaper cities is at record levels. Homelessness, panhandlers, and filthy streets also make these cities less attractive.

It gives a new meaning to the opening line of the Frank Sinatra song, “Start spreading the news. I’m leaving today.” Except the leaving now is from, not to, New York.

Businesses, too, are fleeing New York, many for Florida, which has no state income tax, thus diminishing New York’s overtaxed base.

Much of this could be reversed with the right political leadership. Rep. Lee Zeldin, R-N.Y., laid out a detailed plan to fight crime and improve the state’s economy when he ran for governor. Unfortunately, he lost to the incompetent Kathy Hochul. Too many New Yorkers are so tied to the Democratic Party they would vote for anyone, even perhaps Satan, if he had a “D” behind his name.

Democratic mayors and governors of these cities and states own these issues, but the media never hold Democrats accountable for their failures as they would Republicans should a member of that party ever manage to win an election and fail as much as Democrats have failed.

So many songs have been written about New York and the love people used to have for it. Some still do love it. These are the diehards who seem to think it’s not as bad as one sees on TV or in the New York Post, the only newspaper that pays attention to the crime spree and the criminals who roam the streets, shoplifting and attacking innocent people.

As for me, I have no intention of dying hard or easy in New York. It’s why I carry Mace.