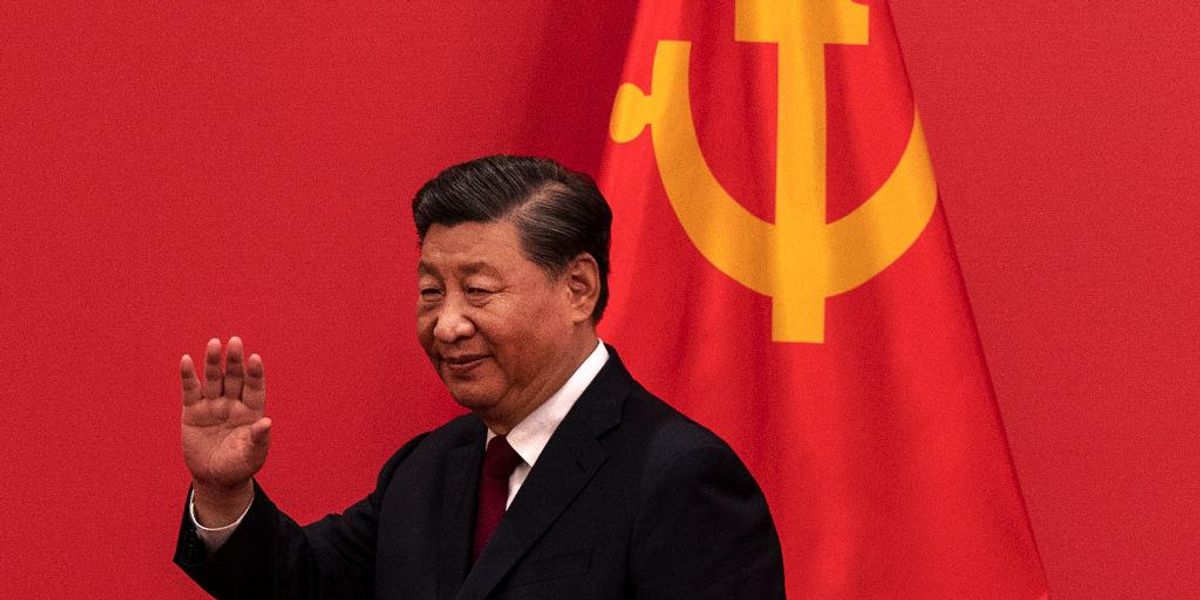 A congressional investigation into the origins of COVID-19 has raised the possibility that over 1 million Americans and tens of millions of people worldwide died as a result of bioweapons research conducted by elements of the Chinese military (the People’s Liberation Army) with the help of U.S. federal grant money.

In their interim report released Wednesday, Republican members of the House Permanent Select Committee on Intelligence concluded that it is “plausible” that Chinese military researchers possessed the COVID-19 virus “as part of bioweapons research” prior to its release into the world as a consequence of a safety incident at the Wuhan Institute of Virology.

The report also suggested that there is “reason to believe that the [intelligence community] downplayed the possibility” that the virus was linked to China’s bioweapons program.

Several House Republicans issued a joint statement on Wednesday, claiming the minority interim report’s “findings identify more culpability from the Chinese Communist Party, highlight the failures of the Intelligence Community to share pertinent information with the American public and their authorized representatives, and give more credibility to the lab leak theory – which many government officials, Big Tech platforms, and media outlets were quick to label a ‘conspiracy theory.'”

The minority report claimed that in “direct contrast to media skepticism in the early days of the pandemic, the scientific community now largely accepts as feasible that the COVID-19 pandemic may have emerged from a lab-related event involving Chinese scientist experimenting with coronaviruses.”

On the basis of both classified and previously glossed-over declassified intelligence, “there are indications that SARS-CoV-2 may have been tied to China’s biological weapons research program and spilled over to the human population during a lab-related incident at the Wuhan Institute of Virology (WIV).”

According to the report, it is “plausible” that:

Zhou, a Chinese military scientist, is said to have worked extensively on coronaviruses in concert with the WIV for years.

The Australian indicated that as “far back as 2004, the PLA-trained scientist was experimenting with spike proteins in coronaviruses – the point of their infectivity that is often subject to manipulation and gain-of-function research.”

Prior to the pandemic, Zhou and other PLA researchers partnered with WIV scientists on a paper entitled, “Molecular Mechanism for Antibody-­Dependent Enhancement of Coronavirus Entry,” submitted to the Journal of Virology on Nov. 27, 2019.

The New York Post reported that Zhou, who received funding from the National Institutes of Health, filed a patent for a COVID-19 vaccine in February 2020, prompting fears that “the shot was being studied even before the pandemic became public.”

Zhou also happened to die under mysterious circumstances just months later. Despite having been a decorated PLA scientist, he received no posthumous tribute or award, which, according to the Post, amplified intrigue.

Not only has the Chinese Communist Party reportedly admitted that the AMMS — from which Zhou’s Fifth Institute team hailed — conducts bioweapons research and coronavirus experiments, it has additional links to the Wuhan lab.

For instance, Colonel Cao Wuchun is listed on a number of WIV project reports as a researcher from the AMMS, reported the Daily Mail.

Although the committee now regards Chinese bioweapons research linked both to the AMMS and the WIV as a plausible cause of the pandemic, it “has not seen any indications that the Chinese military intentionally released SARS-CoV-2.”

Committee member Rep. Brad Wenstrup (R-Ohio) underscored that the report shows “how that the Chinese Communist Party (CCP) bears more responsibility for the COVID-19 pandemic than what has been publicly known or transparently communicated to the American people.”

While the Chinese communist regime has unsurprisingly “not been transparent in sharing information,” the report suggested that the American intelligence community, too, has “thus far failed to inform the public and failed to keep its Congressional oversight committees fully informed about what it knows.”

Despite previous claims that the IC reached a “broad agreement” that COVID-19 was not developed as a bioweapon, the report contended that the IC had done so without rating its confidence in that assessment as it had with virtually every other claim in its declassified “Updated Assessment on COVID-19 Origins.”

The IC document referenced in the report stated, “We remain skeptical of allegations that SARS-CoV-2 was a biological weapon because they are supported by scientifically invalid claims, their proponents do not have direct access to the Wuhan Institute of Virology (WIV), or their proponents are suspected of spreading disinformation.”

The minority report claimed the IC “has denied Congressional oversight of the analytic integrity of its Updated Assessment, particularly its heavy reliance on outside experts who may have had conflicts of interest.”

The IC’s skepticism might be based upon the counsel of “outside experts” who may be partly culpable for helping set the stage for the pandemic.

Since the IC reportedly failed to turn over its list of outside experts, it is presently unclear if the scientists the report claimed had funneled U.S. Department of Health and Human Services grant money to potential PLA bioweapons researchers at the AMMS Fifth Institute “were among the experts the IC consulted regarding COVID-19’s origins.”

According to the report, the IC “has ignored dozens of oral and written requests from Committee Members on the subject and to date has shown no interest in fully cooperating with the Committee.”