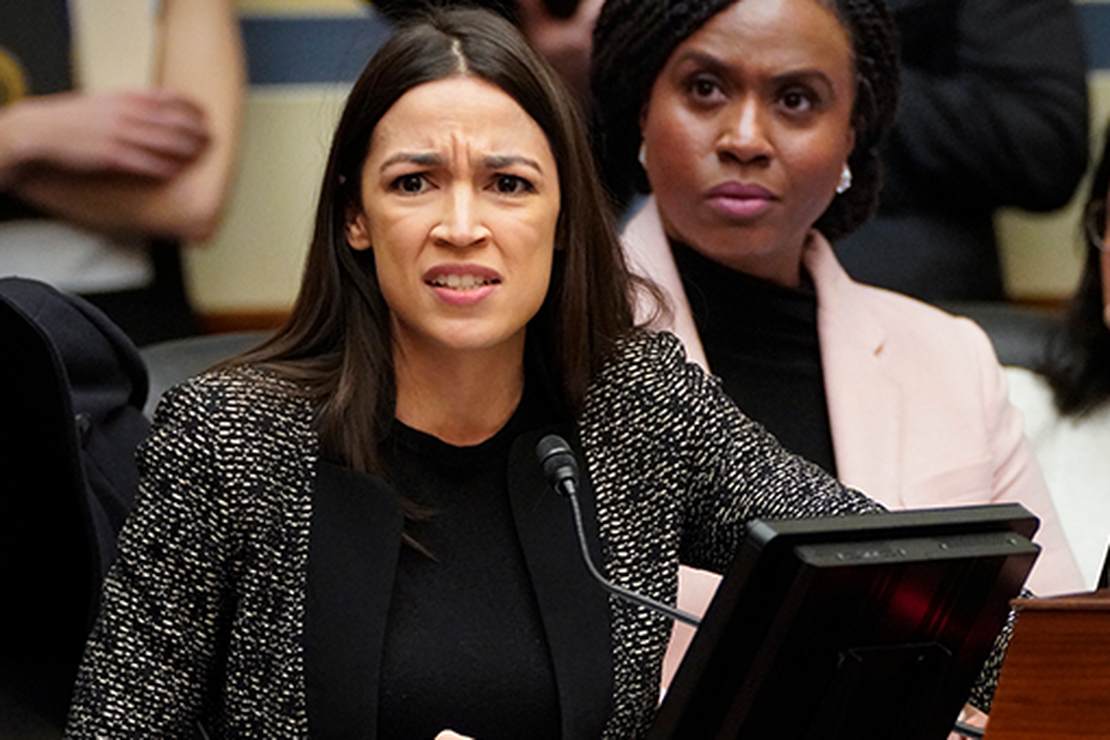 How the hell did an AOC documentary about the Green Nude Eel make $80 in total, much less per screen, on its opening weekend?

With a brisk runtime of 94 minutes that must go by like a week with a punctured lung, To The End is billed as “a rallying cry about the climate crisis.”

Stopping the climate crisis is a question of political courage, and the clock is ticking. Over three years of turbulence and crisis, four young women fight for a Green New Deal, and ignite a historic shift in U.S. climate politics.

In addition to Alexandria Octavia-Cortez, our world-savers include Varshini Prakash, Alexandra Rojas, and Rhiana Gunn-Wright.

The trailer includes a lot of weaponized Karen-level hectoring and earnest young people ever-so-eager to piss away everything that has made their pampered lives so luxurious. I can’t imagine sitting through the entire show.

The tagline should read, “Don’t wait for the end of the world. Kill me. Kill me now.”

Budget figures for To The End are mysteriously missing from IMDB, and I’m not about to spend my own money on IMDB Pro just to find out how much money writer/director/producer Rachel Lears frittered away on this vanity project. But according to Fox News, the movie “debuted on more than 120 screens over the weekend but garnered less than $10,000.”

Here’s another question: How the hell did this movie get booked into 120 different theaters?

Anyway, I did the math so you wouldn’t have to. At a typical big-city ticket price of $8-$12 for a discount show, there were maybe eight or nine people in attendance on average. Think of the legroom!

I wouldn’t go see this thing if you paid me $80. Well, not unless there was good WiFi and I could bring my iPad with me to watch Top Gun: Maverick for the third time while AOC yammers about how we’re all going to die if we don’t do exactly as she says.

Also for our VIPs: Artemis I Was a Complete Success, but About That Followup Mission…

Bodycam footage shows Tyre Nichols calling for his mother as he is beaten by officers before his death
Louisiana trucker suing city over ordinance preventing him from flying flags with vulgar message against Biden and his supporters
Memphis Police appeals for calm ahead of release of bodycam footage after five officers are charged with murder of Tyre Nichols
Pinch Me! The Washington Post Is Hiring 2 Big Conservative Columnists and… Firing Millennial Wokesters?
Charts suggest investors should ignore ‘crypto cheerleaders’ and stick with gold, Jim Cramer says