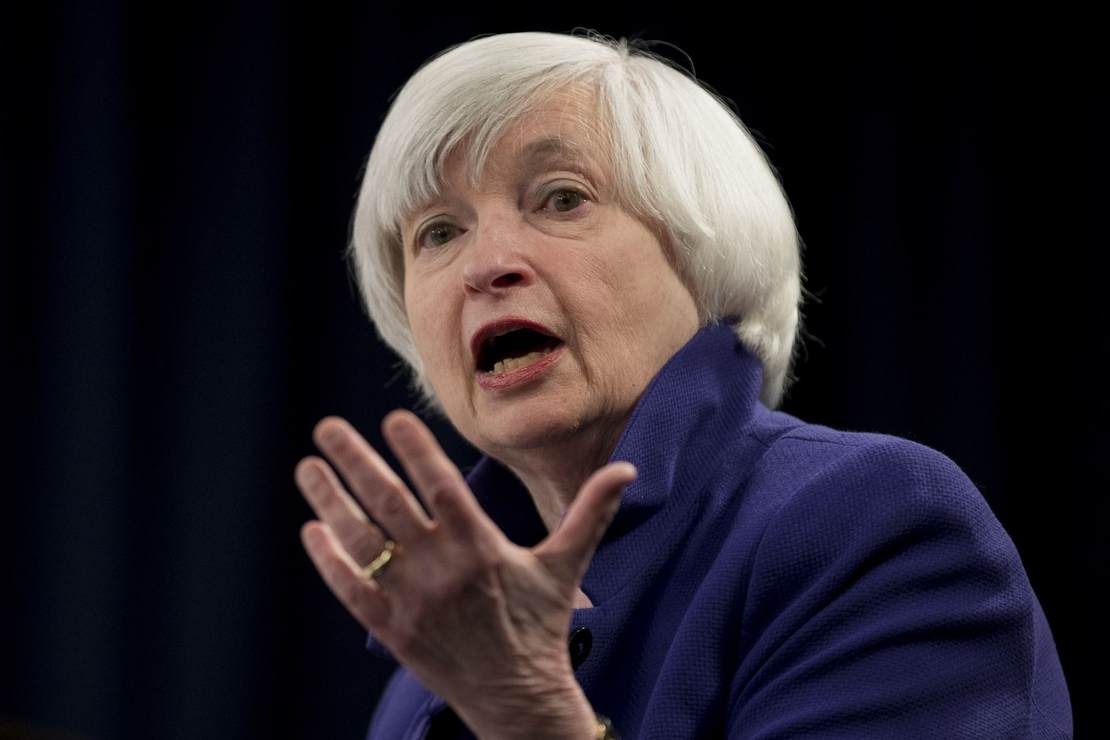 On Sunday, Treasury Secretary Janet Yellen predicted “much lower inflation” in 2023 during an appearance on 60 Minutes.

“What is 2023 gonna look like for the average consumer?” host Norah O’Donnell asked.

“So I believe inflation will be lower,” Yellen replied. “I am very hopeful that the labor market will—remain quite healthy—that people can feel good about their finances and their personal economic situation.”

“I mean, it’s been decades since the American consumer has had to deal with inflation like this,” O’Donnell pointed out.

“Yes, and I hope that it will be short-lived. We learned a lotta lessons from the high inflation we experienced in the 1970s. And we’re all aware that it’s critically important that inflation be brought under control and not become endemic to our economy. And we’re making sure that that won’t happen.”

This sounds like great news, right? Let’s all celebrate the wonderful news and have a party. Please. If there’s anything we know about about Yellen’s tenure in the Biden administration, it is that she’s consistently been wrong in her predictions. And, Yellen hardly sounded confident when she told O’Donnell, “I believe by the end of next year you will see much lower inflation if there’s not— an unanticipated shock.” Yellen also conceded that the the risk of recession still looms.

“But for families who are paying more at the grocery store, when 2023 comes around, do they need to be worried about a recession?” O’Donnell asked.

“There are always risks of a recession,” Yellen admitted. “The economy remains prone to shocks.”

The United States technically entered a recession over the summer after experiencing two consecutive quarters of negative growth. The White House infamously sought to redefine recession so as to avoid admitting that we’re in one. But there’s only so long that they can get away with this, and it seems that Yellen thinks that the White House may have to admit we’re in a recession sometime next year.

“There’s a risk of a recession,” she admitted. “But it certainly isn’t, in my view, something that is necessary to bring inflation down.”

Feel confident? Considering that Yellen has generally taken the approach of being overly optimistic about inflation and the economy for nearly two years now, one can only wonder how bad things are really going to be.

She’s already admitted to being wrong about inflation before.

“Well, look, I think I was wrong about the path inflation would take back then. As I mentioned, there have been unanticipated and large shocks to the economy that have boosted energy and food prices and supply bottlenecks that have severely impacted our economy that I did not fully understand at the time,” Yellen told CNN in May. “But we’ve realized that now.”

For months, there have been rumors that Yellen would be forced out next year as part of a White House shake-up—though her people have denied she has any intention of leaving.

The better-than-expected midterms for the Democrats likely saved her from the chopping block for a while, but absent a major economic change that sends inflation back down and economic growth back up, she’s likely to be the one who takes the blame for the poor economy. But there’s no reason to take her predictions seriously anymore. Like everyone else in the administration, she cares more about political messaging than being straight with the American people.