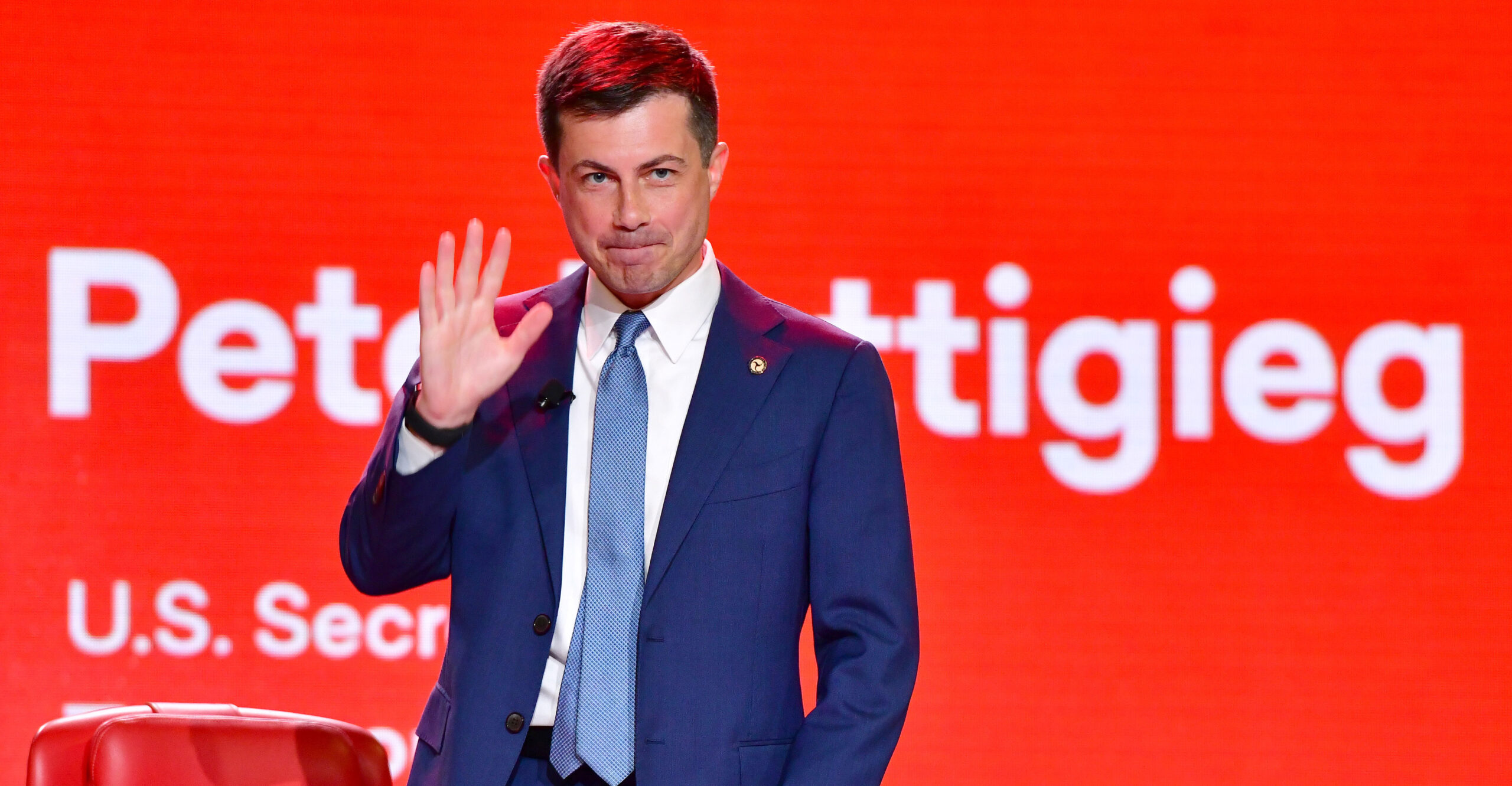 A Biden administration Cabinet member has taken at least 18 taxpayer-funded private jets since taking office despite a strong stance on curbing carbon emissions, according to a Monday release by Americans for Public Trust.

Pete Buttigieg, the 19th secretary of transportation, has reportedly taken a minimum of 18 taxpayer-funded flights while using private jets managed by the Federal Aviation Administration, according to an APT release obtained by the Daily Caller News Foundation. The cost of the private flights is unknown, but the FAA reportedly charges federal agencies $5,000 per hour, according to Fox News.

Despite Buttigieg’s private jet usage, he has publicly advocated for “increasing government action to curb carbon emissions,” according to APT. Additionally, Buttigieg “blended personal and official business” while using the private flights, as he received an award from a Canadian gay rights organization for “advancing LGBTQ rights” on one of his trips, according to APT.

“For someone so holier-than-thou on reducing emissions, Buttigieg sure doesn’t seem to mind the pollution caused by his literal jet-setting,” Sutherland continued. “This is hypocrisy at its finest, and these troubling expenses to taxpayers must come under immediate scrutiny.”

“Secretary Buttigieg mostly travels by commercial airline, and has directed that travel and logistical decisions be grounded in efficient and responsible use of taxpayer dollars,” a Department of Transportation spokesperson told the Daily Caller News Foundation. “Given that commercial air travel is usually the cheapest way for the secretary and his staff to travel, 108 of the 126 flights for DOT trips he has taken have been on commercial airlines.”

The DOT did report that Buttigieg used private jets to travel, but only when “it is more efficient and/or less expensive for the Secretary and accompanying personnel to fly on a 9-seater FAA plane rather than commercial flights,” the DOT spokesperson continued. “Use of the FAA plane in limited, specific cases has helped to maximize efficiency and save thousands of taxpayer dollars.”