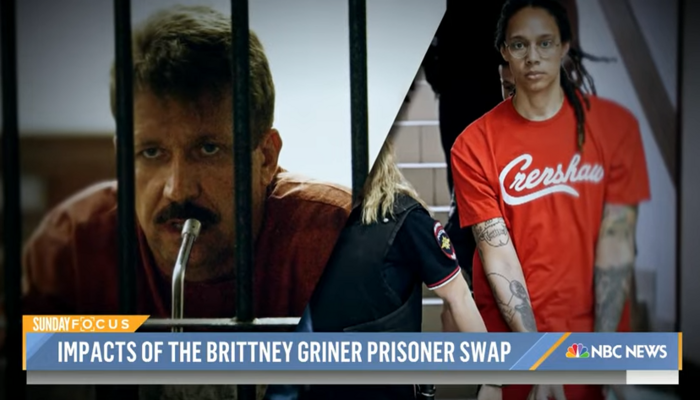 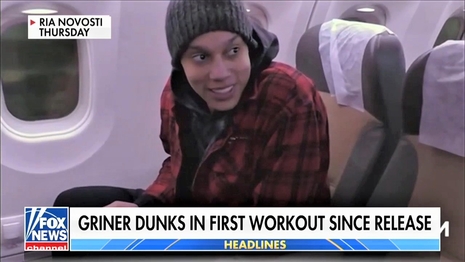 Saturday’s New York Times lamented criticism of the prisoner swap involving the return of WNBA player and lefty activist Brittney Griner for the release of a notorious Russian arms dealer known as the “Merchant of Death,” suggesting racism and lesbian liberal-hating were afoot.

“Blowback Over Griner’s Release Exposes Depth of America’s Divisions” was penned by Jonathan Weisman, who covers Congress, and Ken Bensinger, who covers “right-wing media.” The paper does not scrutinize left-wing media, it only celebrates it.

There was a time when the release of American citizens who had been unjustly imprisoned by a foreign adversary was a moment for bipartisan relief and celebration: the 2018 return of three men from North Korea, secured by President Donald J. Trump, or the 1991 freeing of Terry Anderson, an American journalist, after years of captivity in Lebanon.

Those moments felt like sepia-toned artifacts on Friday as Brittney Griner, the women’s basketball star, slipped quietly into a military base in Texas for evaluation following her release from Russia, while a Fox News reporter peppered the White House press secretary, Karine Jean-Pierre, with pointed questions about an exchange that he said had sent the “Merchant of Death” to Russia for a “professional athlete.”

Actually, the Times initially buried the release of hostages from North Korea under Trump.

There was a predictable “seizing” of the issue by the “right wing” (there were two “seizes” in the story).

Within hours of Ms. Griner’s release, much of the right wing was in full outrage mode, seizing upon both the man Ms. Griner had been exchanged for — Viktor Bout, a notorious Russian arms merchant serving time, in part, for endangering American lives — and the Biden administration’s failure to secure the release as well, or instead, of a former Marine, Paul Whelan, who has languished in a Russian prison since his 2018 arrest on espionage charges.

The Times tried to shield the Griner release from criticism by playing the race and identity cards.

A considerable amount of attention was also paid to who Ms. Griner is: a Black woman, a celebrity, a married lesbian and, though it had gone largely unnoticed until now, an assertive liberal — one who, at the height of the Black Lives Matter protests, called to stop playing the national anthem at her team’s basketball games.

While the reporters allowed “legitimate questions can be raised about these swaps,” they quickly retreated to the more comfortable terrain of blaming Trump’s angry “acolytes” for kicking up a fuss.

But Ms. Griner’s case has gone beyond such calculations, into the fraught arenas of race, gender and sexual orientation, and at a time of make-no-concessions partisanship, when large swaths of the American public are steeped in the grievance politics and adversary demonization of Mr. Trump and his acolytes.

As if the Times news room isn’t “steeped in grievance politics” and demonizing their adversaries?

The Times admitted “Many Americans saw the exchange as their government’s freeing a coldblooded killer, with the deaths of thousands on his hands, for a member of the liberal elite.”

The W.N.B.A. is a trendsetter, a league of mostly Black women who have taken up major progressive causes: voting rights, stricter gun laws, equality for the L.G.B.T.Q. community. But this year’s push to free Brittney Griner, one of their own, from a geopolitical standoff in Russia — that was their toughest test yet.

Pompeo says he knows this Democrat leaked classified info
6 Failures of Biden’s Presidency in Year 2
Ron DeSantis reportedly preparing for 2024 presidential run. A ‘more angry’ Donald Trump takes shot at ‘disloyal’ Florida governor.
RAY EPPS EXCLUSIVE! Never-Before-Seen Leaked VIDEO of RAY EPPS Breach! Is the Government Doctoring Video to COVER FOR EPPS & Incriminate the Proud Boys at their Show Trial? THIS IS PART OF THE 14,000 Hours the Government Is Hiding! MUST SEE!!
Leftist Privilege Gets Lawyer-Turned-Firebomber Off Easy