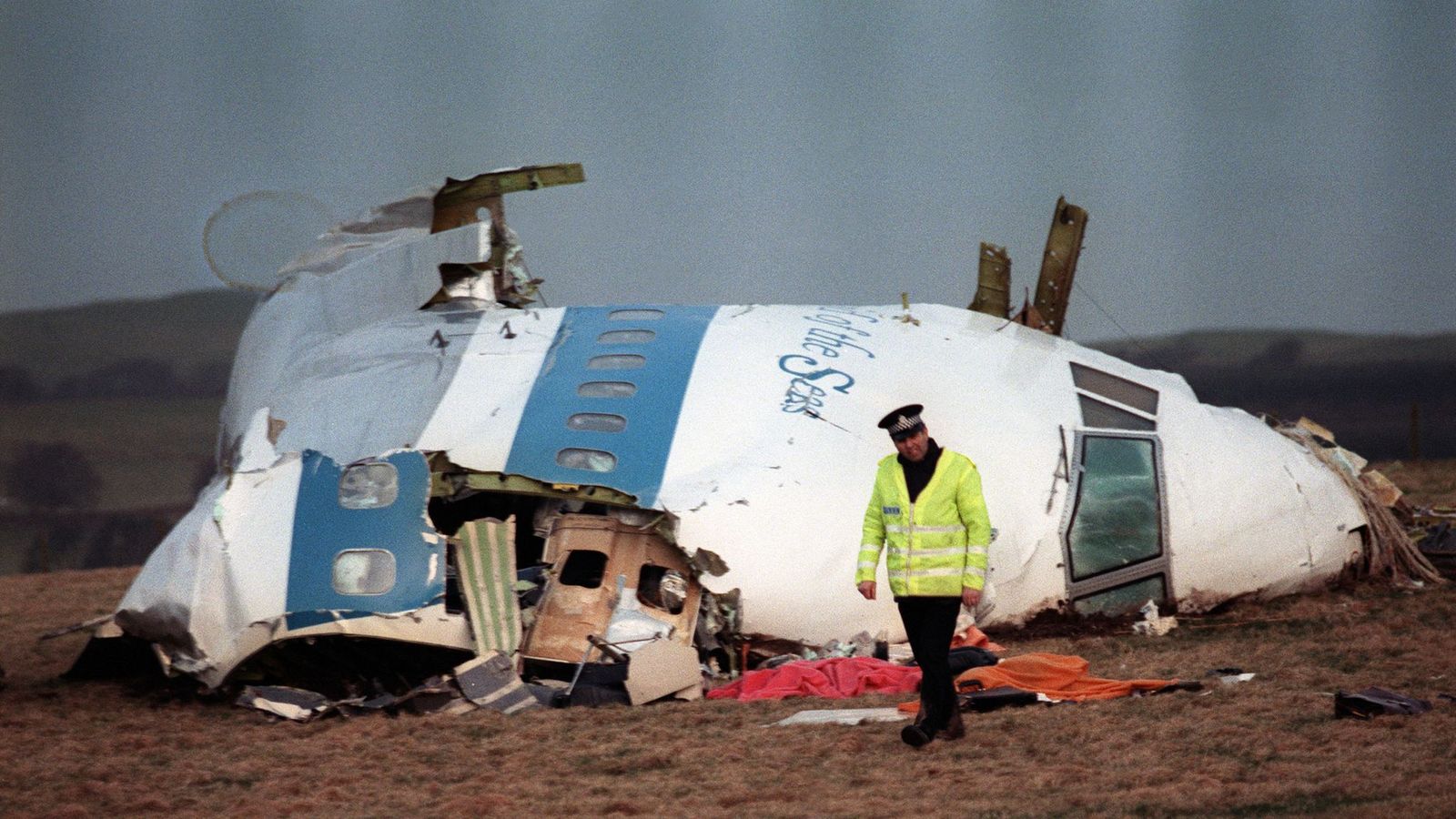 Three sentences from the United States Department of Justice confirmed this key development in the story of Lockerbie.

“He is expected to make his initial appearance in the US District Court for the District of Columbia.

“Additional details, including information regarding public access to the initial appearance, will be forthcoming.”

Masoud, as he’s known, was named in a 2020 US Department of Justice legal document as the man who made the bomb which blew up Pan Am 103 over Lockerbie in 1988.

He had been in the frame for many years before that as the technician behind the bomb.

According to the affidavit, Masoud worked alongside the two other men accused of the bombing – Abdelbaset Ali Mohmed al-Megrahi and Al Amin Khalifa Fhimah.

The American government alleges that Masoud was a technical expert working for the Libyan Intelligence Service known as the External Security Organisation (ESO) which conducted operations against other nations and Libyan dissidents at the direction of the Libyan Government and sometimes at the direct orders of then-leader Muammar Gaddafi.

The US legal document claims Masoud worked as bomb maker for the ESO between 1973 and 2011.

What was his alleged involvement in the Lockerbie bombing?

It is alleged by the American Department of Justice that Masoud was ordered by his superiors to fly to Malta in December 1988 with a suitcase containing an explosive device.

In Malta, Masoud spent several days at a hotel preparing the device, setting a timer to explode exactly 11 hours later.

It is alleged that Masoud handed the suitcase to Fhimah on the morning of 21st December 1988 at Luqa airport in Malta.

Fhimah, who worked with al-Megrahi as a security official for Libyan Arab Airlines, is said to have checked the suitcase onto an Air Malta flight to Frankfurt.

Investigators have said the suitcase flew unaccompanied to Frankfurt before being transferred to Pan Am Flight 103A to London Heathrow – the feeder flight for Pan Am 103.

At Heathrow it was transferred onto Flight 103 and it exploded 38 minutes after take off at 31,000ft over the Scottish town of Lockerbie.

What evidence does the US Department of Justice base its accusations on?

The evidence against Masoud is based largely on a confession he is said to have made to a Libyan law-enforcement official while in custody in late 2012, after the overthrow and death of Libyan leader Muammar Gaddafi.

According to transcripts of the confession, Masoud was being asked open-ended questions about his potential involvement in the 2011 Libyan revolution and any operations outside Libya. It is claimed that he admitted his part in the bombing and gave details of his role.

He is also said to have admitted a role in the 1986 bombing of the LaBelle Discotheque in Berlin, popular with American soldiers, which killed three and left 230 injured.

The fact that his “confession” took place at a time when Libya was controlled by warlords will complicate the American prosecutor’s case.

How was he detained?

This is where it gets murky. The Americans have released no details on how or where he was detained.

Intriguingly, last month it was reported that Masoud had been “abducted” from Libyan custody. A local Libyan media report, quoting the current head of Intelligence in Tripoli, said he was taken by a “squad of unknown affiliation, without any significant coordination with the intelligence service”.

According to the London-based Asharq Al-Awsat, a secret deal was reached between the Americans and the Tripoli-based Government of National Unity (GNU) to allow for the handover of Masoud.

The Americans have not commented but the suggestion is that GNU leader Abdul Hamid Dbeibeh turned a blind eye to the abduction. The quid pro quo would be American approval of his government.

He is in US custody, but where? In America or another country awaiting transfer to America? Will he be officially extradited?

All are, as-yet, unanswered questions.

The case of the Lockerbie bomber, or bombers, has been fraught with controversy and claims of miscarriages of justice.

The dominant narrative, backed up with a conviction, is that Libya was responsible: the bombing was retaliation against American bombing raids on Libya in 1986.

Yet conspiracies swirled that Iran and a Palestinian terror group had actually been responsible.

In 2003, the Libyan government admitted responsibility for the bombing with expectations that sanctions would be lifted.

In a letter to the United Nations, the country’s then foreign minister said Colonel Gaddafi said he did not order the bombing but the government “accepted responsibility for the actions of its officials”.

This eventually led to the trial of two men. Al Amin Khalifa Fhimah was acquitted over his part in the plot. Abdelbaset Ali Mohmed al-Megrahi was convicted.

Two appeals against his conviction failed. He was released on compassionate grounds in 2009 and died in Libya in 2012.

American officials say the third man, Masoud, will appear in a Washington courtroom in the coming days.

Trump Says DeSantis Running in 2024 Would Be ‘A Great Act of Disloyalty’
Pentagon ‘confident’ spy balloon aloft in US airspace is Chinese
Man who fatally shot 13-year-old male in DC charged with murder after turning himself in; he said teen ran toward him amid car break-in confrontation
Biden to Send Ukraine ANOTHER $2.2 Billion in Military Aid – Including Long-Range Missiles: Reuters
UK and US rule out sending F-16 jets to Ukraine – as No 10 says it would be impractical