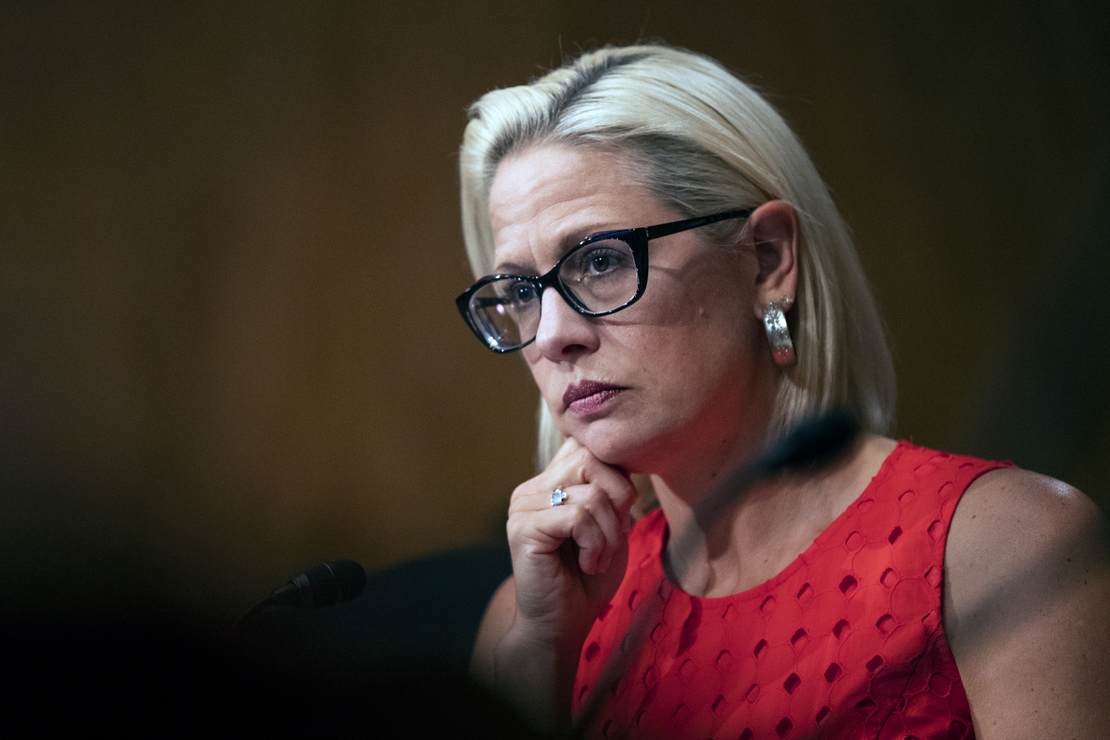 On Friday, Sen. Kyrsten Sinema (D-Ariz.) announced that she left the Democratic Party and is now registered as an Independent. And surprisingly, Arizona Democrats, who have long plotted their chance to oust her, are furious. Even though Sinema is still expected to caucus with the Democrats, thus having no impact on the balance of power in the Senate, she is no longer required to compete in a Democratic primary, which means that, in theory, she’ll make it easier for the GOP to flip the seat in 2024 if she runs for reelection.

“I am not surprised. But I’m still shockingly disappointed at how awful she continues to be,” Michael Slugocki, the outgoing vice chair of the Arizona Democrat Party, told NBC News. “It does shake up this [2024] race,” he said. “She’s deliberately trying to make it difficult for Democrats in Arizona.”

Slugocki is leaving out some very important context here. Arizona Democrats have long been making it clear that they are unhappy with Sinema and pushed her to make this move, at least from where I sit. Since Sinema has gotten in the way of Biden’s agenda, earlier this year, the Arizona Democratic Party’s executive board formally censured Sinema for refusing to change the Senate’s filibuster rules, which effectively killed the Democrats’ election overhaul legislation.

Among other things, the legislation would have institutionalized mail-in voting, ballot harvesting, and felon voting at the federal level. The bill would also have made it easier for Democrats to cheat with various regulations designed to keep them in power — including banning voter photo ID laws. Deep-pocketed leftists have been working hard to ensure she doesn’t survive her primary. The Primary Sinema PAC has been building up a war chest to fund a Democratic primary candidate.

Related: Will Manchin Pull a Sinema and Leave the Democratic Party?

One potential opponent for her is Rep. Ruben Gallego (D-Ariz.), who has yet to make a decision on running.

“We need Senators who will put Arizonans ahead of big drug companies and Wall Street bankers. Whether in the Marine Corps or in Congress, I have never backed down from fighting for Arizonans,” Gallego told NBC News. “Unfortunately, Senator Sinema is once again putting her own interests ahead of getting things done for Arizonans.”

As much as I’m happy with the times Sinema has bucked her party, she has voted 93% of the time with Joe Biden on legislation and has voted to confirm every single one of his judicial nominees, even the most controversial ones. Arizona Democrats have no reason to complain about her record. She’s a Democrat who managed to get elected in a state where registered Republicans outnumber registered Democrats.

These Democrats put her in a position where she has to choose between likely defeat in a primary or going independent. It’s true that she’ll face a tough time getting reelected in a three-way race with a Democrat and a Republican, but I’d give her better odds of eking out a victory in that scenario than surviving a Democratic primary when she’s underwater in approval among Arizona Democrats.