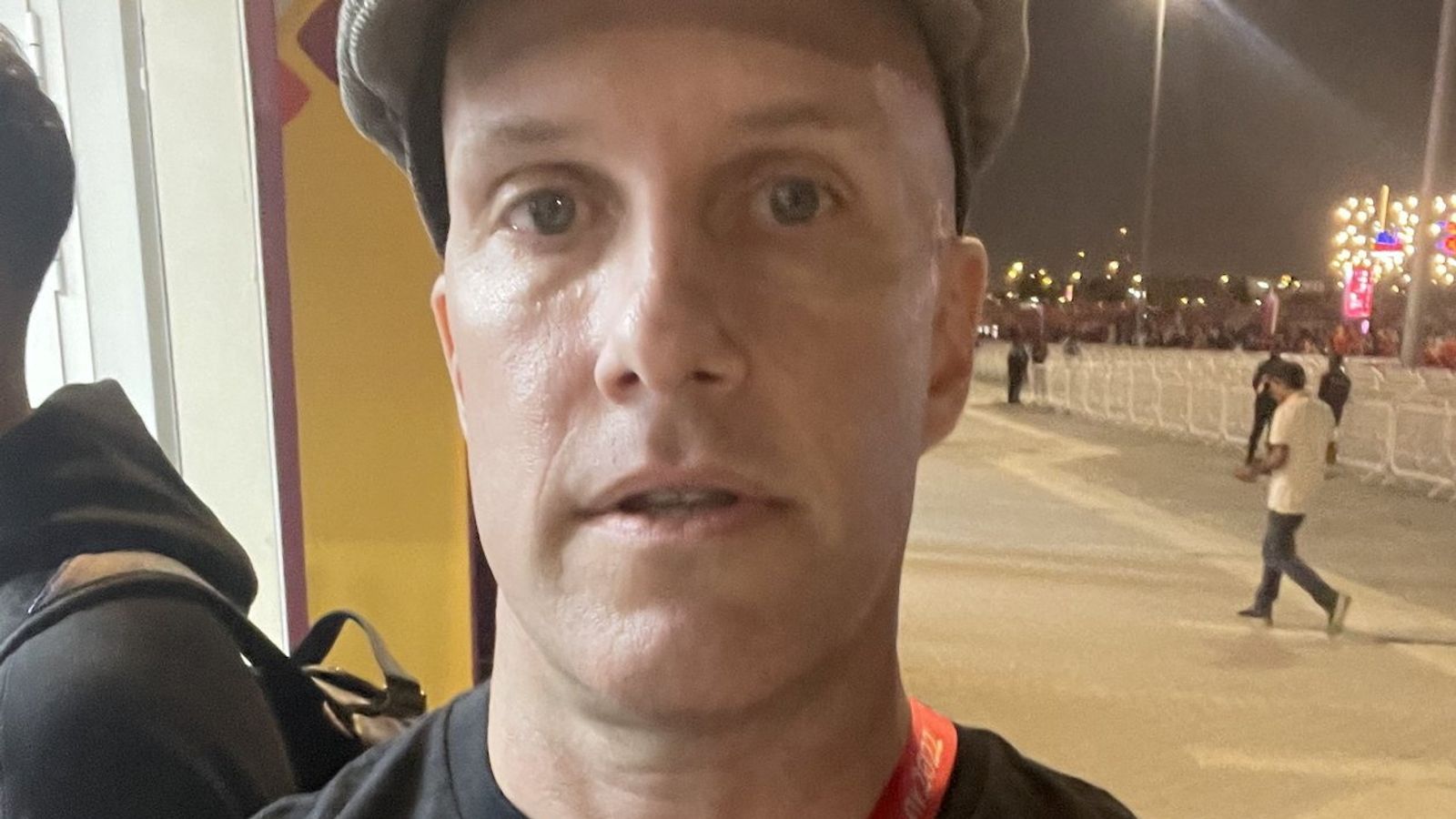 An American sportswriter has died while covering the World Cup in Qatar, his family and US Soccer have said.

Grant Wahl, a former Sports Illustrated journalist who later moved to Substack, died while reporting the match between Argentina and the Netherlands, according to NPR.

US reporters sitting near him said he fell back in his seat during extra time, in a part of the stadium reserved for journalists.

They had called for assistance and, while emergency services responded very quickly, they were later told that Mr Wahl – believed to be 49 – had died.

No further details have been released about his death.

His wife Dr Celine Gounder thanked those who had “reached out tonight”, but added on Twitter: “I’m in complete shock”.

Mr Wahl said last month that he was briefly detained when he tried to enter a World Cup stadium in Qatar while wearing a rainbow shirt in support of the LGBTQ community.

Same-sex relations are illegal in Qatar.

He said on Twitter that he was detained for 25 minutes for wearing the shirt, with security guards “forcibly” taking his phone and demanding that he remove the shirt before going into the stadium.

He said he had refused.

Mr Wahl also wrote on Monday that he had visited a hospital in Qatar, saying: “My body finally broke down on me – three weeks of little sleep, high stress and lots of work can do that to you.

“What had been a cold over the last 10 days turned into something more severe on the night of the USA-Netherlands game, and I could feel my upper chest take on a new level of pressure and discomfort.

“I didn’t have COVID (I test regularly here), but I went into the medical clinic at the main media centre today, and they said I probably have bronchitis.

“They gave me a course of antibiotics and some heavy-duty cough syrup, and I’m already feeling a bit better just a few hours later. But still: No bueno.”

US ‘engaged with senior Qatari officials’

US State Department spokesman Ned Price tweeted late on Friday: “We were deeply saddened to learn of the death of Grant Wahl and send our condolences to his family, with whom we have been in close communication.

“We are engaged with senior Qatari officials to see to it that his family’s wishes are fulfilled as expeditiously as possible.”

US Soccer said: “The entire US soccer family is heartbroken to learn that we have lost Grant Wahl.

“Fans of soccer and journalism of the highest quality knew we could always count on Grant to deliver insightful and entertaining stories about our game and its major protagonists: teams, players, coaches and the many personalities that make soccer unlike any sport.

“Here in the United States, Grant’s passion for soccer and commitment to elevating its profile across our sporting landscape played a major role in helping to drive interest in, and respect for, our beautiful game.

“As important, Grant’s belief in the power of the game to advance human rights was, and will remain, an inspiration to all.

“Grant made soccer his life’s work, and we are devastated that he and his brilliant writing will no longer be with us.”

A spokesman for the Supreme Committee for Delivery & Legacy (SC) said: “We are deeply saddened by the death of the US journalist Grant Wahl.

“Grant was known for his enormous love of football and was in Qatar to cover his eighth FIFA World Cup.

“He received immediate emergency medical treatment on site, which continued as he was transferred by ambulance to Hamad General Hospital.

“We offer our deepest condolences to Grant’s family, friends and his many close colleagues in the media.”

New Poll Finds Significant Number Of Democrats Doubt Joe Biden’s Mental Fitness For Office
UK and US rule out sending F-16 jets to Ukraine – as No 10 says it would be impractical
WA Democrats to Release Hundreds of “Worst of the Worst” Sex Offenders into Residential Communities
Breaking: Police Chief Retires After He Placed Officer on Leave for Voicing Traditional Marriage Views on Facebook
AP Stylebook recommends against ‘dehumanizing ‘the’ labels,’ like ‘the French,’ then deletes post due to ‘inappropriate reference to French people’